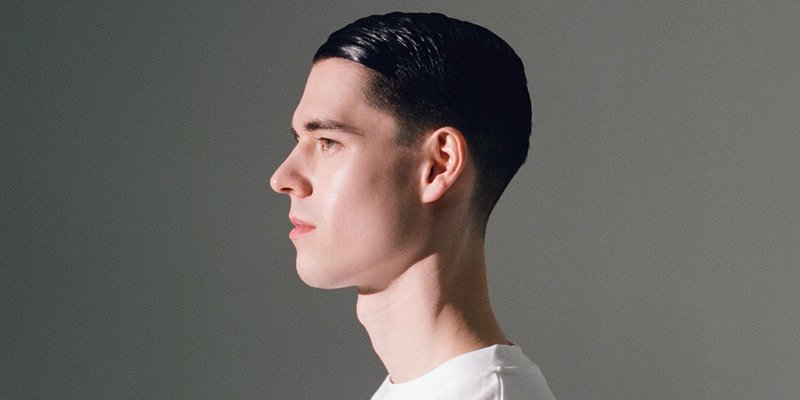 Luke Pretty, aka Tennyson, has discovered a foolproof way to harness his productivity. “If people are watching me, I feel forced to work. So I do a lot of live streams. I’ll usually call a session ‘Eight hour live stream’ or something, and then I’m screwed,” he laughs. “Like, I have to just sit down for eight hours and work.”

It might seem surprising that Luke, who’s been releasing music for a decade, still feels he needs to find strategies to get him into writing mode. But the technique pays off. “I don’t really even understand it. When something goes right you can replay the footage, and I have no idea what happened or what went right. But I know it works.”

On Rot, Tennyson’s first full-length LP, released in February, the results speak for themselves. The production is immaculate, and despite the eye-watering amount of samples and other sounds that feature on each track, everything fits together seamlessly. No two songs seem to belong to the same genre or convey the same mood, but they all share the same playful energy, accompanied in nearly every instance by Luke’s own warm, soulful vocals.

Growing up in Edmonton, Canada, inspiration came to Luke from a variety of sources, some of them less conscious than others. “I grew up listening to a lot of introspective electronic music, like James Blake and Boards of Canada,” he explains. “I’d just spend hours and hours listening, especially younger when I was sixteen and seventeen. I’d play games with my friends till the middle of the night and just have music on the whole time, so I think all these hours of listening finally caught up to me.”

Unlike many of the artists that inspired him, Luke steers clear of analog synths and external effects. But the sounds that make up his tracks have an unmistakable immediacy and liveliness to them, as if they’re characters helping to tell a story. They’re often brought to life with unusual production techniques: on “Feelwitchu,” a syncopated bassline buzzes and rattles like a bee trapped in a jar. A quick scroll through the Tennyson Instagram page, and a clue is uncovered: a video of a brush drumstick vibrating against the cone of one of Luke’s studio speakers.

“I was playing a MASSIVE patch out of my speakers really loud, holding different objects up to them and recording it in stereo. I think I was recording each speaker separately, so I could kind of get the same stereo input. Brush sticks work well, and there’s a Japanese fan I was also using a lot. But I think it was mostly paper. For the video I used brush sticks, but paper was probably the better sound. But I think there’s more room to experiment. It’d be fun to get some speakers and just destroy them. Like, punch holes in the cones and then record that. I just want the bass to sound loud at any volume.”

This enthusiasm for experimentation is clear from how Luke interacts with Live, and the way he talks about the software makes it seem like an extension to his body. “With Ableton it doesn’t feel like there’s a block between what you want to make and the program,” he explains. “You can kind of ‘suit into’ Ableton, like a mecha. Which is a nice feeling.”

Live’s Corpus effect is a particular favorite, especially when it comes to programming leads and basslines. “It’s sick,” Luke enthuses. “You can do so much with it.” Rather than simply using the built-in MIDI input to control Corpus’s pitch, he automates the Tune and Decay parameters together. “I just find you can do a lot more with those two knobs. You can bend up to notes, or, like, wobble the notes after the hits. Pipe and tube are both crazy for low pitches. It’s just the best bass sound.”

One of the most striking things about the album’s production is the way sounds are layered together without the mix feeling cluttered or confused. Take a look at some of the project files Luke posts to his Instagram, and you’ll get a sense of the CPU-busting scale of some of his sets – often close to a hundred tracks, with dozens of groups and dizzying amounts of automation. Does he follow rules when it comes to layering and sound selection, or is it all based on gut feeling?

“It’s definitely more intuition,” Luke says. “I don’t ever think about frequency space. I find it kind of corny. I guess it’s useful if you’re starting out, but I just find that whole side of production to be weird – like, graphs showing where the snare drum should be panned and stuff.”

A breakdown of one of the layered sounds used in “Iron”

“I think the initial set of sounds is sort of just luck. With sound selection, I’m clicking in subfolders and dragging something random over. Having a lot of stuff to select from and being constantly surprised with what you’re dragging over is helpful. I use Soulseek, where you can search generic classical music terms like ‘largo quartet’ or ‘experimental 1980s’ and just download 60 different recordings. So that’s how I find stuff to use. But the way I’m mixing them is just completely random.”

As strong as his production skills are, Luke is conscious of the need to balance technical prowess with restraint, and to use structure to bring meaning to his compositions.

“When I started making music the production side became very fascinating. But recently that’s kind of changed. I feel like I’m happy to have those skills, but now I want to shift my focus to storytelling with production. And if you have a lot of stuff going on it’s not a clear story. So I like the idea of telling a story through sounds, and synths, and just having like ten solid sounds as characters in the story. That’s how I’ve been seeing music production lately, versus, like, “How impressive can I make this to other producers?” Which is the thing I was doing for a long time.”

But Luke’s ability to squeeze the most out of every tool at his disposal is undeniably impressive. On “Iron,” automation of the Delay device’s Time and Wet/Dry knobs on the master track lends a strange, stretched feel to the song’s middle eight, like a Roland Space Echo badly in need of a service. On “Nine Lives,” an Arpeggiator set to Random with a 1/64 rate sends an already hyperactive staccato synth riff into a chaotic frenzy.

Even EQ Eight, one of Live’s more utilitarian devices, is used to maximum effect. On the same track, Tennyson uses it to create a Shepard tone in the background, creating the illusion of an endlessly increasing pitch that seems to be endlessly pushing the anxious mood of the song to breaking point.

“I hope it feels kind of like it’s building up to something constantly, or creating this tension like something’s going to eventually cap out but never does. There’s probably a plugin that does Shepard tones like that, but I just did it with EQ Eight.”

It’s a good example of a general trend throughout the album: Luke is just as interested in what’s going on in the background as in the foreground. Each element in a song has its place, and is treated with care and attention.

“I tried on this album to make sure that, if you wanted to, you could listen to everything that's going on. Like, nothing was getting buried or anything. But I do think about foreground and background, and about where people will be focusing their attention. I think contrast in general is important. Having kind of dry and crispy sounds with a lush soft backdrop, for instance. There are a lot of different ways you can create contrast.”

Does he have a favorite track? Or would that be like choosing a favorite child? “I feel like I’m more attached to some of them,” he confesses. “I think I like ‘Doors’ the most. Just vibe-wise, I think it’s the strongest. There’s this aesthetic online called weirdcore, which is a bit like liminal spaces, but it’s about trying to figure out why these liminal spaces strike a nerve so strongly, and to get deeper into that feeling in whatever way possible. That’s the vibe I wanted to capture in a song.”

“I think childhood in general is just traumatic,” he elaborates. “Like, the human brain shouldn’t grow up with modern things, and plastics, and very weird environments that it didn't actually evolve to understand. So as a kid you're just grinding all of this information into your head. Like, at school they teach you things like ‘fire truck’ and ‘hospital’ and just try to cram all these new human concepts into you as fast as possible so you can function in society. I think the result is a little bit of trauma. So I think these [weirdcore] images skip over a bunch of your brain and just go right to the back. So yeah, that's my favorite song.”

Luke’s vocals feature on nearly every track in the album, sometimes with only a touch of EQ and compression, but other times they’re warped, pitch-shifted and looped until they’re hardly recognisable. “Slow Dance,” one of the album’s more melancholy tracks, instead features guest vocals from British singer-songwriter Rae Morris.

“I knew I needed something to break up my voice on every song, so I was happy to work that out.” Tennyson says. “I would have probably had another vocalist as well, but it was kind of difficult to orchestrate, and also just timing-wise, I had written all the songs but none of the lyrics, so the first step was to basically just write all the lyrics. Then once the lyrics are done, and you kind of record them to see how they sound, you’re like ‘Ah, it’s done already, I’ll just sing on it.’”

Tennyson’s lyrics are sparse but deeply personal, and in places brilliantly mysterious. “To me, the melody is more important than the lyrics. I think that’ll probably change, but for now I feel like I can say more with the melody.”

Why might it change? “It’s just a practice thing. Like, the more lyrics I write, the more my desire to say things will probably increase. I can feel that part of me growing – the need to communicate through music with actual words.”

Text and interview by Hal Churchman.