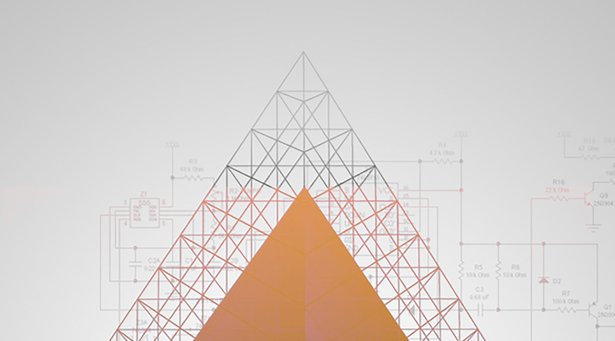 “We’re definitely artists first, and we're driven to make cool art in whatever form it may take, whether we’re producing our own tracks or developing software tools that inspire music making.” Taylor Martyr and Nathan Jenkins’ holistic LA-based artist/programmer collective, Sonic Faction, is responsible for an ever-expanding range of highly acclaimed Max for Live instruments. The project started in 2011 with the two music producers simply looking to build sample-based emulations of some of their favourite analog gear in Max for Live. Since then, it’s developed into “a full-blown company that now collaborates with coders, composers, sound designers and multimedia artists in five countries,” says Martyr, proudly.

The Faction’s flagship release was 2015’s Archetype Ableton Bundle, which brought together all eight of their commercial instruments to date in a single package. Their latest offering, Polytek, is a creatively-focused polyrhythmic step sequencer with a vocoder and copious signal processing options onboard. It puts rhythmic and melodic experimentation front and centre, with a particular leaning towards techno, dub and other genres on the ‘darker’ side of music.

With development of Polytek fresh in his mind, Martyr tells us the story of Sonic Faction and how its innovative new device came to be.

Do you consider yourselves developers or artists first, and how do you balance life between those two disciplines?

Creatively speaking, striking a balance between music and software has always been paramount, but over the years the line has started to blur. We find that we’re outputting more interesting content now as a collective than we ever could have as solo artists.

Your Live devices are Max for Live patches worked into Racks with custom interfaces. How easy is that to do, and how do you find Max for Live as a development environment?

In Archetype Ableton Bundle, we use a hybrid approach, where Max for Live is the ‘front-end’ user interface controlling a nested Instrument Rack downstream. Not only does Max for Live allow us to design beautiful custom interfaces, but it also lets us control Live in new ways. For instance, we can control Sampler's Chain Selector with a Max for Live object and scale it to jump around within the chain. This technique has opened up a whole new axis for chain selection, so now we can select multiple variations of multiple sounds, all within one instance of Sampler.

Some other useful features that we've implemented are an internal preset system, so you can switch presets on the fly without having to hot-swap the device from Live's browser; and built-in assignable LFOs. Max is most useful as an environment to quickly prototype your ideas and get something useful working right away. For us, Max for Live is all about empowering the user with new types of controls that can interact with Live to create stimulating results.

What’s the core concept behind Polytek?

The core concept is more or less a vocoder that makes its own melodic patterns. It has a built-in rhythm sequencer that acts as the vocoder modulator and triggers the pattern, while a parallel melodic sequencer acts as a carrier signal and creates the notes you hear. What's interesting is that the rhythm sequencer is frequency-based, so it triggers different timbres of the vocoder, for a nice deep techno/dub type sound. The melody sequencer also does chords, so Polytek is a really incredible chord progression engine with its own built-in sound sources, processing and FX options.

Polytek feels like an instrument that puts fun and sonic exploration at the top of the agenda. How tricky is it finding the right mix of creativity and depth/complexity in instrument design?

As with all of our instruments, we tried to design Polytek for instant gratification as soon as you load it onto a track. Our focus is always on intuitive design and ease of use, so you can get the creative juices flowing quickly – if you move a knob or press a button, something musical or useful should happen! Often, when presented with a new type of interface and instrument concept, much of the initial experience is exploratory. Polytek is fun and accessible on the surface, but for those who really want to get into the nitty-gritty of sound design, all of the deep parameters and subtle functions are there as well.

Finally, where do you get the ideas for your promo videos?

Our crazy videos are the result of us collaborating with different film makers here in Los Angeles. We're against doing traditional, boring music software promo videos, which are basically all the same, so we opted to go the live action route instead. Our last promo video, for Archetype Ableton Bundle, was totally out there, with really quirky and weird dancers; but it had awesome music and showed off the sounds and design of each instrument. Whether you love or you hate it, we're making art here and that's the point. And if you think the last video was strange, wait till you see the next thing we're working on.

Find out more about Polytek.