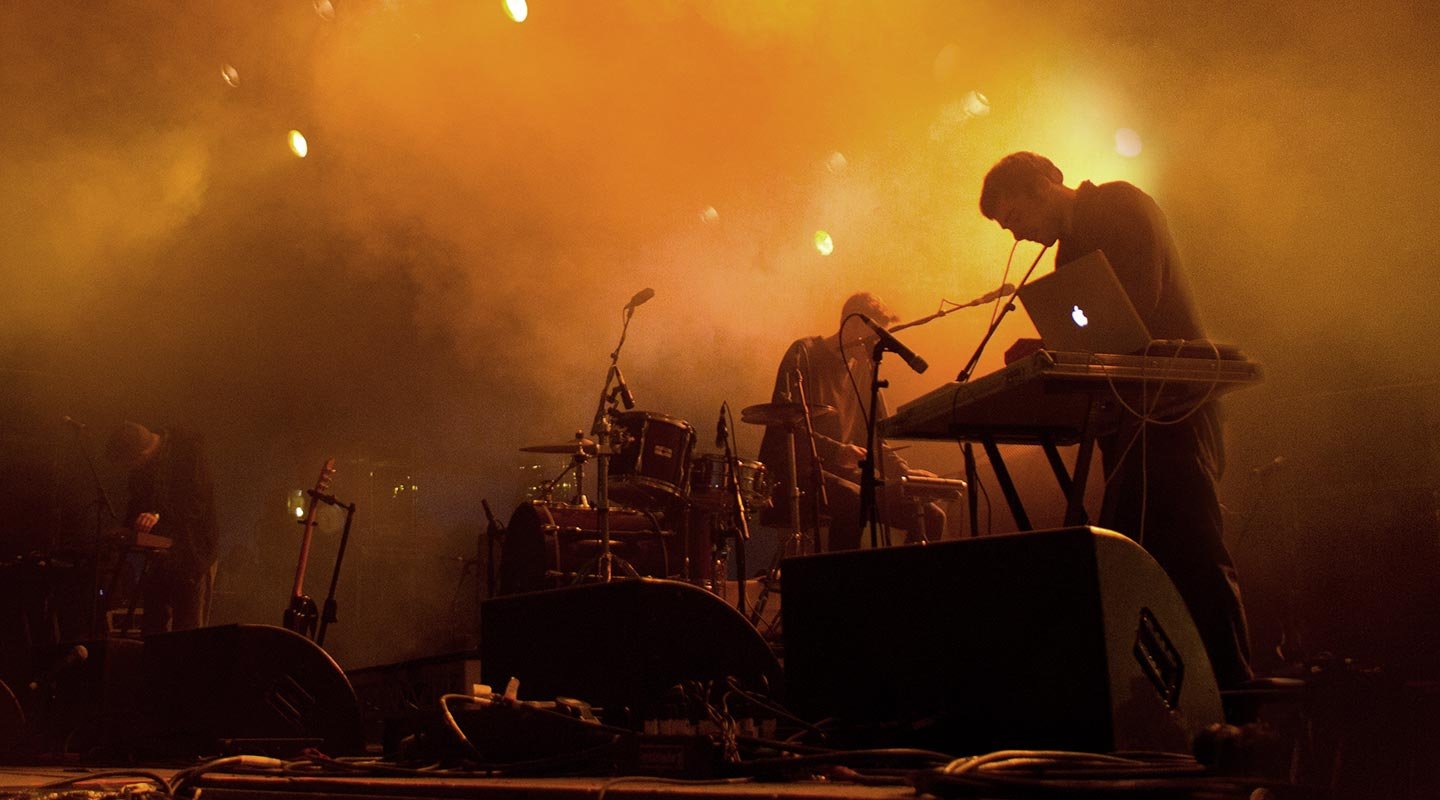 The late 2000s were a fertile time for beat-centric interpretations of electronica. New artists, such as Sydney trio Seekae, combined the unquantized shuffle of Dilla-school hip hop with the wide-screen emotions of classic EDM. Seekae in particular always showed potential to go somewhere further; their 2008 debut The Sound of Trees Falling on People fused intimate electroacoustic textures with cunning, tripping beats in a way that remains fresh to the present day. Six years down the track and Seekae have just released their critically acclaimed new album The Worry. It marks a definitive evolution from their furtive beginnings, and signals a move into an impressively mature and confident new style.

George Nicholas is a founding member; he’s also an upstanding member of the Ableton Community. When he’s not touring the world with Seekae or dropping crafty UK bass mutants as Cliques (with fellow Sydney-sider Hamish Dixon), he’s teaching aspiring producers at Sydney’s Liveschool tuition studio. He’s an expert with Push and is more than ready to unpack his favorite techniques and lend an insight into the pressures of working in a rapidly rising band.

What’s the writing process with Seekae like? How do you balance the desires of three individuals?

The writing process with Seekae is quite disconnected because we don’t live in the same city anymore. Alex Cameron and I live in Sydney, but we’re both travelling quite a bit, and John Hassell lives in the UK full time. So we’re never actually writing as a group of three. Our first record, The Sound of Trees Falling on People, was made together, relatively speaking. The second one, +Dome,  was pretty much the same; we had a studio, worked together, recorded drums and guitars, and worked on mixes together. With The Worry we’ve all been all over the world in different places. We haven’t been writing together. We’re writing for Dropbox.

How has that affected the final product?

It’s a little bit more considered. I’ve found that, personally, I kind of prefer writing by myself because I feel like there’s always the possibility of getting caught up in the moment when you’re writing with other people. You latch on to an idea and say “Oh yeah, that’s awesome,” and you’re not really thinking critically. Plus there’s a pressure to maintain a certain positive vibe in the room with the people you’re with, to not break that creative energy you've built up. Although working alone is a lot slower, it gives you time to criticize and reflect on things and try many different possibilities, as agonizing and tediously slow as that is.

So how do you integrate your separate set ups when it’s time to tour?

We usually get together for a week before a tour and lock ourselves in a studio and try to deconstruct the tracks. We’ll sit there for half a day and say “We can do this track this way and this one that way.” You try to find that compromise between making an engaging live performance and not skimping on sound quality. So it’s always on that tipping point between not just playing a static WAV file and not losing too much fidelity.

I’ve seen Push appearing in your live sets and your tutorials recently. How did you first come across it?

Lucky for me, I got my hands on a Push before the release date because I worked at Live School in Sydney as a trainer. We received a fairly early beta version of it, which ended up being pretty similar to the version that was finally released.

How was it learning it as a new instrument?

When I first got a Push I was using it in a pretty basic way, pretty much like a multicolored Launchpad. I was like, “Woah, look at all the colours! The colours are great!” It looked like an awesome Launchpad or an APC, so I used it like that for a while. But then I began getting into the drum sequencer, which has a pretty amazing workflow. Then I started using the melodic sequencer which just blew my mind. I think it was a later addition to the firmware, and it totally changed the way I work with melody. 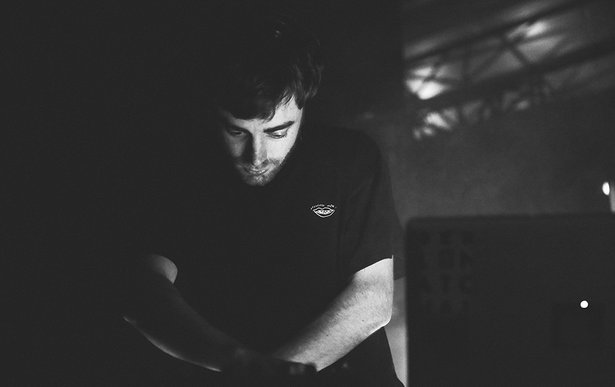 Did it change the music you were making?

I think starting off fresh with any new toy offers new angles for change. You get a new piece of equipment and it makes you think about sound in a different way. Push changed my relationship to twelve tone equal temperament. You select a scale, then you’re in that scale and you’ve got this freedom of movement; even though you’ve got less notes available, you can experiment within that scale really easily, especially if you’re like me and you're not very dexterous. I’m using it live for sequencing. I’m not a drummer, and I don’t really like the sport of finger drumming, but I love being able to sequence things on the fly.

What are you sequencing? Are you cutting up samples on the fly or controlling VSTs?

I’ll mostly be using the melodic step sequencer to build really short arpeggios. They can be as short as a single bar, but as I’m looping these short sequences I can then go in and drop a note by a fifth or alter the parameters of the VST with the macros on top. So I’m able to subtly alter different elements at once.

I map my own macros because it means I don’t have to open the VST and check the auto-mapping. I usually house my VSTs within an instrument rack, and then I’ll find certain key parameters and macro those. It’s generally just the basics: ADSR, filter, some spatial effects.

How does Max for Live fit into this context? Are you using any patches tailor made for Push?

I just got sent one new patch which was a new sequencer made specifically for Push. I use lots of Max devices but they’re not generally Push focused. I usually try and minimize the amount of plugins and Max devices I use when playing live as a safety measure. I’ve got these awesome Max patches recently; one is a Space Echo simulator which is called Diffuse and there’s another called Magnetic. They're made by Surreal Machines. You’ve got an RE-201 emulator combined with convolution reverbs and the wow, flutter and grit you get from the original.

George Nicholas on producing “Chro” at Input for Live School

The Cliques material is more floor-focussed than Seekae and hybridizes various strands of underground UK sub-genres in a fresh way. How different is the production process?

Super different. In terms of the actual process, every Cliques track starts with drums, bass and percussion, and then the melody is almost an afterthought, if it’s even in there at all. Then with the Seekae stuff it pretty much always starts with a chord progression, then we’ll  build a melody of top of that and a bassline, and then we’ll do the drums at the end.

Some of those drum sounds are pretty meaty. Do you ever find drum samples sound too big out of the box?

I feel that. Some sample packs sound too good, like you’ve got no freedom to move. You lose that power of experimentation because it sounds so solid already, but there’s still a lot of processing in the Cliques stuff. The main thing with Cliques is we try and make it sound as non-Ableton as possible. So there’s tape saturation emulation and a lot of the effects like that Dub Machines Max patch, a lot of effects which are supposed to sound like old gear. 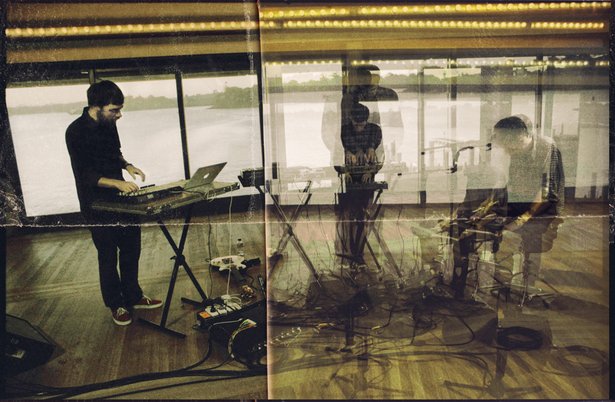 Are you mixing these in parallel or dropping them straight onto channels?

How complex is the routing of your spatial effects? Are you running audio through multiple sends and back on to channels?

Not really. Where it does get kind of complicated is I’ll use racks and create lots of chains within racks and do a lot of parallel processing that way. Often I’ll have a sound in a track and create multiple chains in a rack, and on those chains I’ll select certain frequency bands with EQs. Then I can process the lows with a compressor, the mids with a chorus, put some overdrive on the tops.

Keep up with Seekae and Cliques on Facebook and Soundcloud