Dub Machines is a pair of expertly designed Max for Live devices that reproduce, and expand on the sound of classic tape and analog delays. With vintage character, extensive control and deep sound-shaping capabilities, Dub Machines is ready to take any sound into space.

Buy as bundle and save

Magnetic is based on one of the most beloved tape delays of the 1970s. To capture all the nuances of the original, Surreal Machines started by measuring the distortion, frequency response, errors and mechanical noise of an actual hardware unit. As a result, Magnetic is a delay that oozes with nonlinearities and, true to the original, includes multiple gain stages, tape hysteresis, capstan wobble – not even the dry signal comes out the way it went in.

Magnetic comes with a high-quality internal convolution reverb with samples of classic spring and plate reverbs, early digital halls, plus several more radically character-altering spaces. And, in addition to the parallel system that original hardware units had, Magnetic’s reverb can be switched pre or post echo.

Two different reverse options for classic tape or stompbox behaviors are included. Several other tape delays from the period were examined and carefully crafted into new breeds of four different machine styles – all with a control to tone back or exaggerate character. 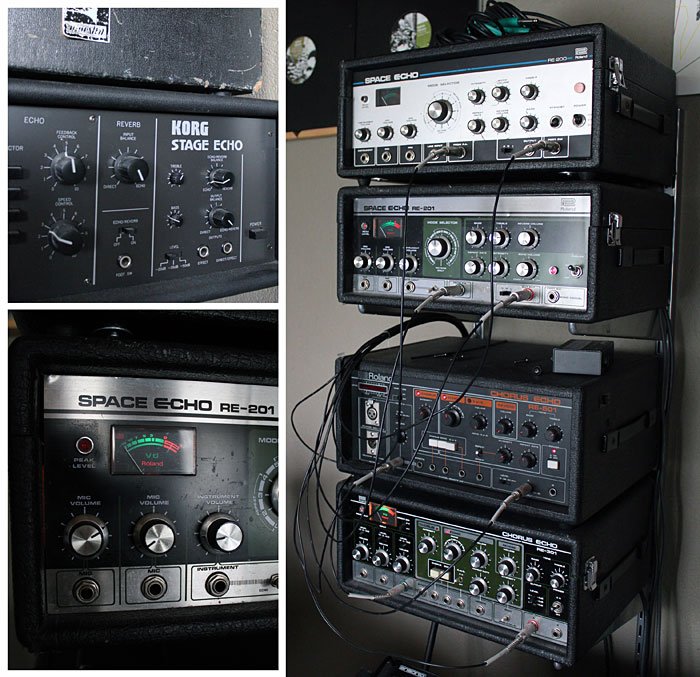 The TM404 studio in Södermalm, Stockholm, containing the actual hardware units that were sampled for the making of Dub Machines.

Is it delay? Is it reverb? It’s Diffuse, and most importantly, it’s lush and full of character. With a sophisticated feedback network under the hood, Diffuse can produce short virtual spaces, otherworldly atmospheric swells, and everything in between.

Diffuse gives you complete control over smearing, echoes and dampening and features plenty of the nonlinearities and smooth tape style delay changes of hardware. As with Magnetic, all relevant parameters can be tweaked directly in the device interface.

Some of the more advanced features include a digital rectifier to add some top end and sizzle and "Pump" – a specially designed dynamics tool to duck the delay out of the way of the dry signal and pull it back up again for long sustained trails.

by Max for Cats

Outer Spaces is a versatile new audio processor that puts your sounds in beautiful spaces – but it goes way beyond your standard reverb. Create alien drones and endless echoes or completely transform timbres; it’s a multipurpose tool for extraordinary sound design.