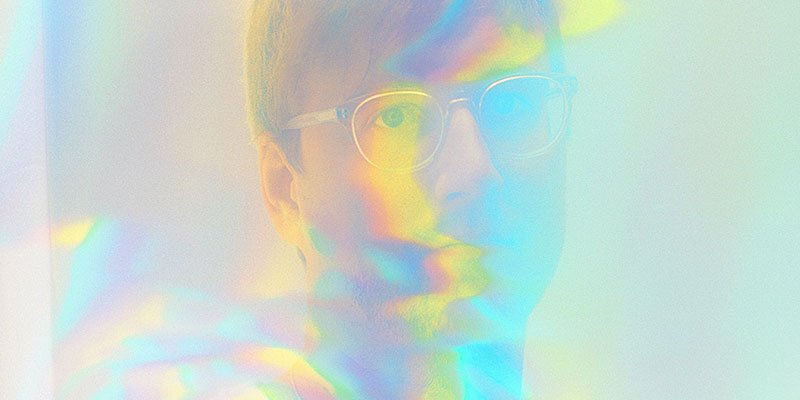 Over the past 10 years, Travis Stewart aka Machinedrum has honed and refined his sound - a (mostly) instrumental fusion of hip-hop, juke, jungle and house - earning a reputation along the way as an adventurous producer who also understands how to fine-tune his intricate compositions for the dancefloor. In 2011, he received much deserved praise for hisRoom(s) album on Planet Mu. Since then he’s relocated to Berlin, kept up a dizzying touring schedule – both solo as Machinedrum and as one half of Sepalcure – and released a number of singles, EPs, and mixes that further explore various bass-heavy musical dimensions. In this interview, among other things, Travis talks about inspiration, frustration, and self-imposed limitations. In addition, he shares a track from Room(s) and then discusses his production techniques and approaches.

What got you started making music?

I started playing piano and guitar pretty early on, maybe around 5 or 6 years old. I never took lessons or anything. I was more or less ear-trained. I would often listen to my favorite bands and try to learn how to play it just from listening. My family was quite musical as well. My mother played piano so I grew up with a baby grand piano in the house, my grandfather played pedal steel in a country band (and still does!), my cousin was a singer songwriter who played guitar and my dad was always collecting different instruments. I guess they rubbed off on me.

What kind of equipment did you start out on? And what are you using these days?

When I started making electronic music I was mainly using software like Cakewalk, Impulse Tracker, Rebirth as well as any additional freeware I could find. The first hardware I bought was the Yamaha CS1x and Boss Dr. Sample 202 plus some random FX pedals. My family wasn't exactly rich so I had to work within my limitations. I think this had a lot to do with how I approach making music to this day. Now I still have a quite simple set-up using a Macbook Pro running Ableton Live and some MIDI Controllers. I don't really use many plug-ins apart from a few go-to's like Michael Norris' SoundMagic Spectral plugins and Native Instruments Reaktor + Massive.  For the most part I've found that the built-in Ableton plugins are sufficient.

How much does music technology inspire and/or frustrate you?

I think we live in a very blessed time right now due to music technology. Some would beg to differ but I really believe its an incredible opportunity for us to be able to write and record music with such ease. It's really kind of mind-blowing to think about the incredible amount of musical geniuses that nobody will ever know about due to the simple fact that they couldn't record the music they were making. It was near impossible for anyone that was ear-trained – without the knowledge of music theory who had an avant-garde or abstract approach to songwriting – to ever have their music passed on to newer generations let alone even their own generation.

The only problem or "frustration" I can see coming from music technology would be the seemingly endless amount of options when it comes to software, plug-ins, synths, etc. I feel like a lot of people can become lost trying to get the best gear instead of really honing in on their craft and developing their own sound. I think it’s really important to set limitations for yourself in order to find your own creative space and workflow. Otherwise you just end up sounding generic without your own sound. I used to talk shit on people who use the same synth on every song but now I realize how wrong I was! How else can people instantly tell who they're listening to if you're constantly changing your setup?

In order to illustrate just how the Machinedrum sound is constructed, we asked Travis for a peek behind his production curtains. He’s been kind enough to share the song Sacred Frequency from his latest album Room(s).

What was the starting point for this track (Sacred Frequency)? What was the first element you worked on and in what way (if any) did it determine what should come next?

I originally started the song with a random sample I had recorded a long time ago named "sacredfreq". It was a recording of feedback from a guitar plugged into a tape delay and spring reverb. The funny thing is this recording/sample never actually made it into the final version of the track! It did however inspire the lyrics and title. I ditched the sample, and started sampling a marching band video recording I had on my computer. I started noise-gating this grain delay synth sound to the drum track and the rest was history.

One track of Sacred Frequency is what sounds like a field recording of running water and children’s voices. Do you often use these kinds of sounds as textures in your music? Also, the water sample nicely pumps in time with the drums. Can you explain this technique?

Yes, I tend to use field recordings as layers underneath my tunes. I feel it gives the songs an environment or space to exist in, and makes the listening experience a more visual one. I used a noise gate on the water sound that comes in with the drums. It gives the drums a new texture and keeps the song sounding a bit more organic.

The main keyboard figure is made up of short fragments of a longer audio clip. How do you go about finding the right segments to use?

I used Impulse Tracker to produce music for almost 12 years before I switched to Ableton Live. Impulse Tracks is a sample-based sequencer originally based in DOS and later emulated for Windows and Mac. There is no MIDI or VST instruments in Impulse Tracker so you’re forced to rely only on samples. This method of sampling and searching through long recordings to find the perfect sound has stuck with me to this day, so it’s kind of second nature for me in a way. In Live I usually just drag the play marker around in a clip until I find something that strikes me. In Sacred Frequency I used the audio clip, but now I usually load whatever sound I find into Simpler or Impulse. Most of my tunes these days use almost entirely all MIDI tracks.

How important is EQing and how much time do you spend making everything ‘sit’ in the mix?

I tend to use filters a lot in tracks, if not too much. I use them to give movement to the tracks, build ups, fade outs, tension, etc. Mixing is part of the creative process for electronic music I think. So it’s important to me to find a good mix while I'm working on the track before deciding on other things to record or add. Sometimes if you get a mix sounding perfect with just a few instruments going, you realize you don't really need anything else. I consider dynamics almost like an instrument in itself.

Be sure to check out the Machinedrum website which features many of Travis’ DJ mixes and his upcoming live dates.