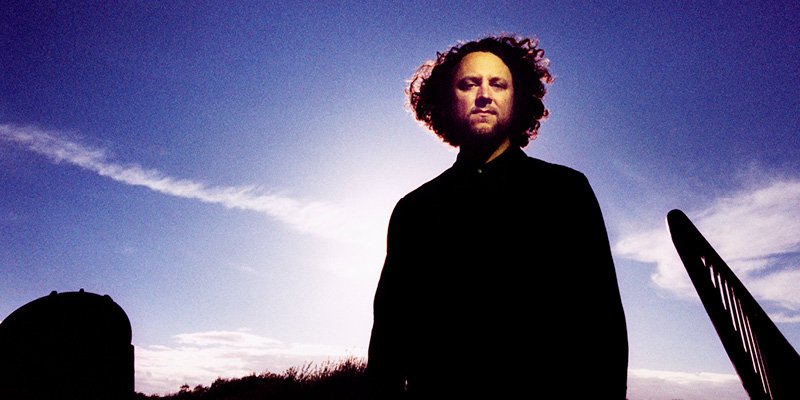 When music makers talk about improvements to their creative flow, they’re usually referring to a new instrument, an untapped sound source or perhaps a fresh approach to processing. They’re rarely referring to the unfinished sketches and dead ends that litter their hard drives. But for George FitzGerald, these eight-bar loops and patch experiments can be the spark that ignites a project and sends it in a new, more interesting direction.

FitzGerald has a considered, intentional sound, which makes it hard to picture him dragging and dropping unused bits and pieces into a track until something clicks. But that’s exactly what he’s done throughout his career – even before it was possible to grab parts from other projects within the browser and test them out.

“Sometimes you pull one of these tracks from another project in, drop it a couple of semitones to match the key and it works really well,” says FitzGerald, “But quite often have to work with it a little bit. The main thing is it's not a piece of source material that you have come up with that day, so it's almost like you've taken a half-hour break and somebody else has sat at the chair and tried some stuff out. Then you've come back and you're trying to make that stuff work. I always find that gives you other perspectives. It seems like a really mundane feature of Live, but it's completely central to the way I work on it.”

From his breakthrough years via respected labels like Hotflush, Aus and Hypercolour to a steady run on the Domino-backed Double Six, FitzGerald has cultivated a sound that comfortably takes in a broad sweep of modern club music and gives it a widescreen, melodious tint. It’s taken him far and wide, striking a sweet spot between sentimental melancholy and cinematic depth which sits just as naturally on festival stages as in packed clubs. But it’s not just well composed – there’s a richness and detail in his sound which gives it a necessary edge. It would be tough to pick apart every nuance and technique that goes into his work, but he was kind enough to open up about a few tried and tested approaches he takes to bring his sound to life.

“When I used to listen to other people's music when I was younger, I always wondered how they got so much detail into it,” FitzGerald reveals. “Very few people sit and write that kind of detail in one go. It’s layers upon layers upon layers, throwing different things in together.”

Often, the extra detail FitzGerald talks about comes not from adding in a jumbled mess of new sounds, but experimenting with the material you already have in a project. One of his favorite techniques involves experimenting with Warp algorithms to generate unpredictable effects.

“Some really magical things pop out when you push the Warping algorithms or use them in the wrong contexts,” FitzGerald explains, “like using the Beats algorithm, but not on percussive things. If you put it on something like a plucked guitar and then set the transient looping direction to go both ways, it catches it in the wrong way and starts giving you these really cool stuttering effects. I've taken a bass guitar line, pitched it up 24 semitones, fiddled with the Beats algorithm, and you end up with something that sounds completely electronic, stuttered and weird.”

Through his experiments, FitzGerald has also picked up on the unique way the Complex Pro algorithm pitches audio. By duplicating his sample and transposing it to make a fifth chord with Complex Pro applied, the resulting tone is slightly “strangled”, resulting in an intriguing new dimension to the sound which can be bedded into the mix to add the subtle detail and depth he’s always looking for.

FitzGerald has taken various approaches to his music throughout his career. When working on his debut album, 2015’s Fading Love, he focused on hardware-sourced sound design, and his considerable array of synths still fill key roles within his compositions on his new album, Stellar Drifting. You might well hear the distinctive warble of his trusty Roland SH-101 offering up a monosynth lead line in a track, but the sound is rarely a flat take from the hardware.

“I'm reaching for something like a 101 because I want the sound of that instrument,” he explains. “When it comes to processing the sound afterwards, obviously there are in the box effects that take things in a different direction, but I'm usually using the Warp algorithms and micro-editing as embellishment and decoration. I’m trying to make things more pleasing to the ear, rather than just doing it for the sake of being clever.”

As well as creating subtle layers of variation and interference on his synth sounds, FitzGerald also draws on the Comping feature to achieve results he wouldn’t find from a raw recording. While Comping typically allows the artist to piece together the ‘perfect’ take from any number of versions, there aren’t any limitations on what you can merge together into the end result. For FitzGerald, it’s an opportunity to edge more complexity and depth into a synth part.

“I always think the power of audio editing is that it allows you to achieve things that are temporally and physically impossible,” he explains. “Comping is the clearest example of that. You can create a magic take by splicing together several similar ones. When I apply that to synth lines, I try to have very different takes in different lanes. I change the patch drastically for each take, for example by changing the oscillators, using heavy modulation, resonance, or just simply opening the filter a lot. When you comp those takes together you create a synth line that could never be recreated in one live performance.”

An example of how FitzGerald combines different synthesizer takes

Beyond his use of outboard synths, on Stellar Drifting FitzGerald also embraces the creative potential within the Wavetable instrument. On his quest for original sounds, he came across Dillon Bastan and Carlo Cattano’s Image2Wavetable Max for Live device, which allows the user to create their own unique waveforms from an image. Using some of the striking celestial images sourced from NASA telescopes, FitzGerald created his own library of wavetables with their own unique characteristics.

“It takes a lot of trial and error –  you drop things in, and quite often they just sound a bit buzzy and not all that interesting,” he says. “You get used to the sorts of images that will work well. The way Image2Wavetable works is basically off dark and light points within a photo. If you have a picture of water, a single cycle waveform looks something like a sine wave, and then you think of a planet in the middle of a photo and darkness around it, that gives you something that resembles a sawtooth belly, but it gives you this kind of interference and overtones on the on the waveform.”

Often, these image-generated waveforms have interesting sonic detail but suffer from sounding thin, and so FitzGerald often adds layers of more conventional waveforms to round the sound out.

FitzGerald’s melodic approach takes center stage in his production, but there’s also a lot of sound design that helps shape the atmosphere of his music. On ‘Retina Flash’, one of the standout tracks on Stellar Drifting, you can hear large blooms of reverb filling out the space behind the lead elements of the track. When it comes to handling such seemingly large, frequency-rich sonics, he has some trusted methods to ensure the mix doesn’t get swamped with decay tails while sounding as large as possible.

“I find reverbs the most difficult effects to master,” FitzGerald admits. “There's never a ‘one size fits all’ approach that always works. Creating very, very small differences in the sounds can make huge differences to whether reverb just sounds lazy and washed out. ‘Retina Flash’ took a lot of fiddling with saturation, compression and different kinds of stereo width to make it sit right in the mix.”

In pursuit of as much space as possible around the initial attack of a sound, he also creates different pre-delay curves by side-chaining a compressor on the reverb tail to the clap or the snare, and applying different attack and release times. Of course, EQ also has a vital role to play in managing these sounds for a balanced mix, with a fine balance to strike between minimizing low and low-mid frequencies which might swamp the mix, and overzealous high passes which cut the weight out of a sound.

“One of the one of the things I would do on things like those reverb tails is take EQ Eight, put it on mid side mode and apply subtly different EQ treatments to the mid and the side, and that gives it a massive bit of stereo width,” FitzGerald explains.

First and foremost, FitzGerald is in pursuit of a sound unique to him, whether recording a string quartet for orchestral parts on tracks like ‘Setting Sun’ or diligently creating a library of samples from his most treasured instruments for access wherever he has an idea. Before lockdown hit, he had the foresight to multi-sample the piano in his studio into a sampler instrument with all the imperfections that make that instrument unique to him. This idea spread to other synths in his studio, and even to other opportunities such as coming across a well-tuned Yamaha CS-80 on a visit to another studio, which he promptly captured single-cycle waveforms from.

“I genuinely feel like what’s been exciting within music technology over the last few years has been things like Wavetable and granular synthesis,” he explains. “I think the front end of what I produce is usually from real analogue sources, but I work way more in the box with that stuff now.”

Ultimately though, it’s about approaching universal tools in a way that’s unique to you. FitzGerald’s approaches might even spark some unique ideas of your own.

“Obviously, Wavetable and Live are things that literally millions of people use,” he points out. “I'm talking about trying to use common tools in a way that can't be replicated. Just like field recordings, if you go out and make your own samples, or you go to the effort of making a few wavetables, no one else is going to have those wavetables. It really is as simple as that.”