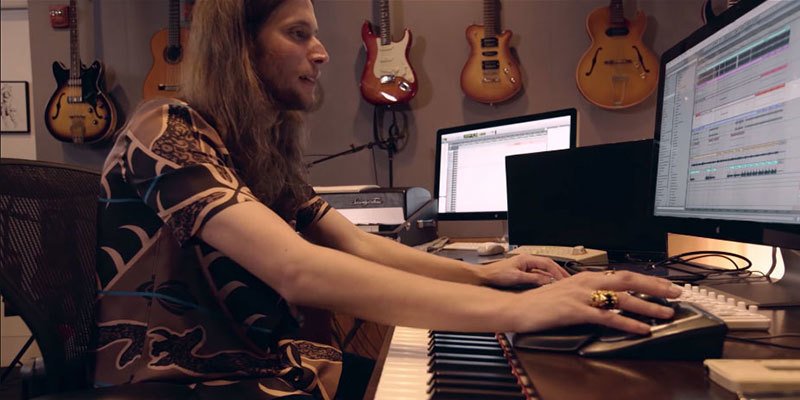 Since 2009, the Genius website has been documenting song lyrics with meticulous footnotes, annotations and cross-references. Accompanying that noble work is their Deconstructed video series, which has lifted the hood on some of the biggest hip-hop and pop hits made in recent times. For those not familiar, the producers behind these tracks talk us through their entire beatmaking process – from initial idea to finished (chart-topping) song.

The Deconstructed series has also become a treasure trove of tips and tricks for Ableton Live users – here we’ve picked our five favourite episodes. Check out the whole series on YouTube.

We knew Kirk Knight had a knack for sampling when we interviewed him back in 2016. So it came as no surprise when his breakdown of A$AP Ferg’s “Plain Jane” proved to be a sampling masterclass – see how you can add extra flavor to your beats with train-track clatter samples and television white noise.

The making of Childish Gambino’s “Redbone”

Demonstrating the perks of being a multi-instrumentalist is Swedish musician and film composer Ludwig Göransson. With Live at the helm, Göransson records a selection of vintage instruments – including Mellotron, Rhodes, Roland Juno 106 and clavinet – to create the Funkadelic-inspired hit from 2016.

The making of Young Thug and Elton John’s “High”

New York-based producer Stelios gave himself the challenge of combining two artists from opposite sides of the musical spectrum, Young Thug and Elton John. The secret ingredient in the exotic recipe – some clever sample stretching and a hefty dose of effects.

The making of Chance The Rapper’s “No Problem”

Brasstracks are a talented production duo also based in New York (who incidentally star in an entertaining episode of one of our other favourite series). See how they create a Kanye-inspired gospel anthem with some intricate warping and pitching techniques.

The making of Logic and Eminem’s “Homicide”

LA production trio BREGMA had only been together for a short time when Logic and Eminem scooped up this beat. Working on the premise of strength in numbers, each member offers up a section of the track – with an open attitude for creative input from each other.