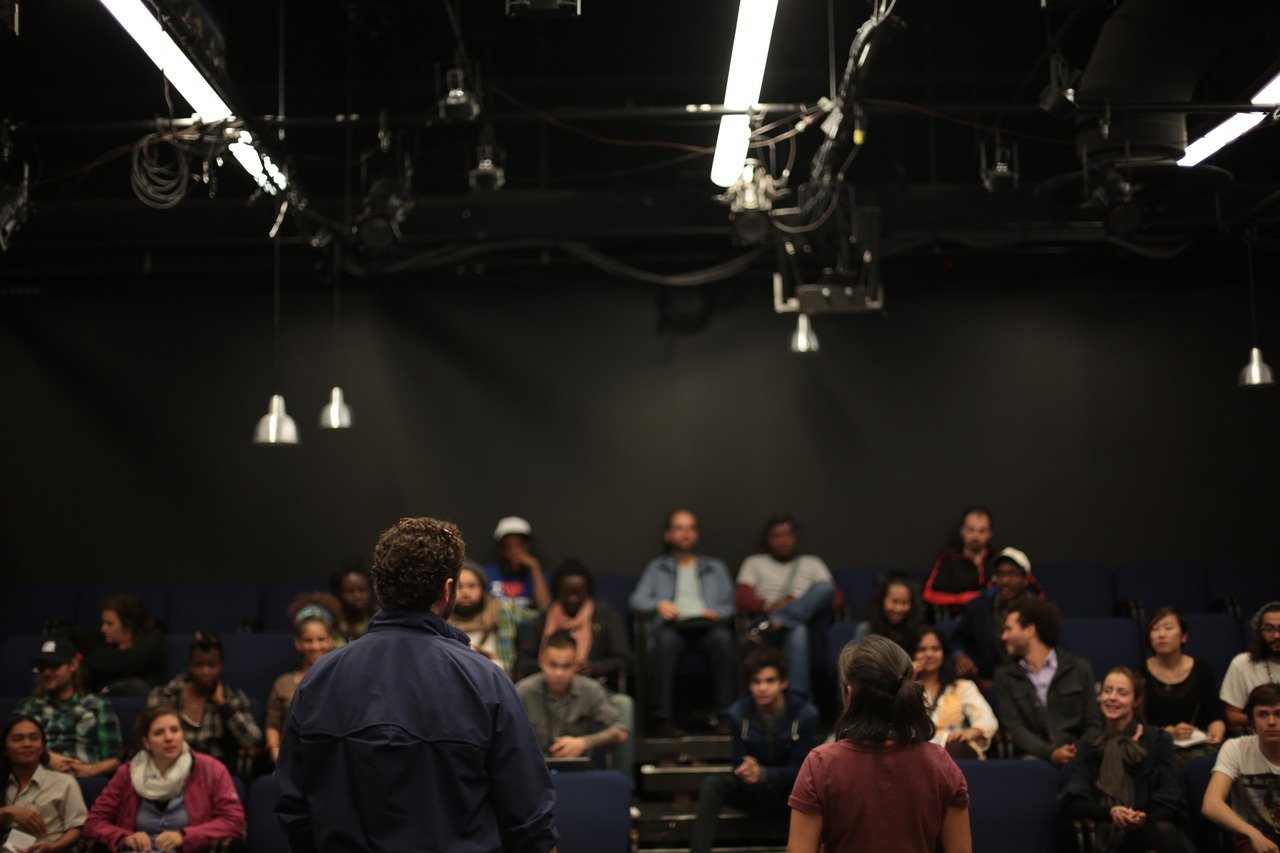 In Anjanisain, North India, it's 7:00 am, and blue-green uniformed children from the surrounding villages of a small Himalayan valley are bounding up rock-strewn trails to the ashram. In Bed-Stuy, New York, in that liveliest of Brooklyn communities, it's 2:17 pm, and the hallways are thick with hormones, homeboys and girls in groupettes looking fly. It's 11:00 am inside a gray, formerly fascist building in Milan, Italy, where groups of young, well-dressed boys and girls are gesticulating wildly. As culturally and geographically distant as these settings are, there are several things that link the three together: music, technology and the Young Producers Project.

The Young Producers Project (YPP) isn't housed permanently inside a specific building or school or center. It's a mobile production team focused on education through a hands-on, experiential, listening-centered approach. The project, founded and co-directed by Christopher Marianetti and Jeremy Thal, seeks to create, adapt and examine new and old spaces where youth can collectively explore creativity through sound. And they use Ableton Live. In fact, they've structured their program around it. And although it's only several years old, YPP has already partnered up with some of the most influential musical organizations in New York: Bang on a Can and now Carnegie Hall.

It was while working with a loud group of Italian third-graders in Milan that YPP co-director Christopher Marianetti first realized the educational potential of Ableton Live. While he was studying music at the Accademia Internazionale della Musica, the director's wife approached him with the idea of creating a music-technology project for her son's private elementary school. "I had little to no expectations when going in," says Chris. "I thought that the language barrier and the age of the children would be huge limitations on the depth and quality of the music we could create. So I wondered if it would be possible to use Live as a way of visually approaching some of the compositional concepts and techniques I was studying at the conservatory. I remember being genuinely shocked at the creativity and complexity of our final project."

When Jeremy and Chris took their approach into under-served communities and schools in New York, they found an entirely new set of challenges. Here they found groups of talented youth bursting with creative energy, but lacking both a creative outlet and a model for studying or creating music. As co-director Jeremy Thal remarks, "These are groups of youth who have been trained since very early on in life to become consumers in every way, and especially within the realm of music. We wanted to reverse that relationship, and so we created a structure to enable students to create their own musical culture." Chris goes on to say that, "One of the most important parameters within our student production teams is that we require all sounds to be recorded by students themselves. No pre-made loops, clips or samples. If students want a particular sound or instrument we bring in professional musicians to the classroom to collaborate directly with them. When we use MIDI tools like Simpler and Impulse, we always map out snippets from a sound library that we have all collectively recorded and chosen together. This is crucial to our approach."

This past summer YPP traveled to Northern India to develop a new project at the Ashram Paryavarn Vidhyalaya School (APV). Their initial goal was simple: Set up a small, sustainable recording studio (equipped with Live) at the school and introduce APV teachers to various music composition and production elements. But as Chris recalls, "The school community had such a unique philosophy connecting meditation and music to the traditional North Indian school curriculum and to students' daily lives, that we soon adapted our project in order to more deeply resonate with this overall mission." The result of their month-long work was a half-hour-long dynamic guide to meditation through sound.

From producing music dealing with a range of issues from immigration to sustainability, and from projects like remixing James Joyce's Finnegans Wake, to anti-smoking ad-campaign commercials and original radio plays, the Young Producers Project challenges students to explore their environment through the lens of sound. As Jeremy puts it, "Young people are often the ones who are most viscerally aware of the issues facing our communities, from violence to air pollution to social injustice. But they're also tapped in to the good stuff happening on the ground, the newest developments in music, dance and technology. So for us, the art of listening extends way beyond the practice of making music; it's one of the major ways we can become aware of what is happening in our communities." Their mission: to bring high quality creative music education to all types of communities, and to inspire tomorrow's music composers, producers and audiences. Their parting words: Namaste. We out. Ciao.