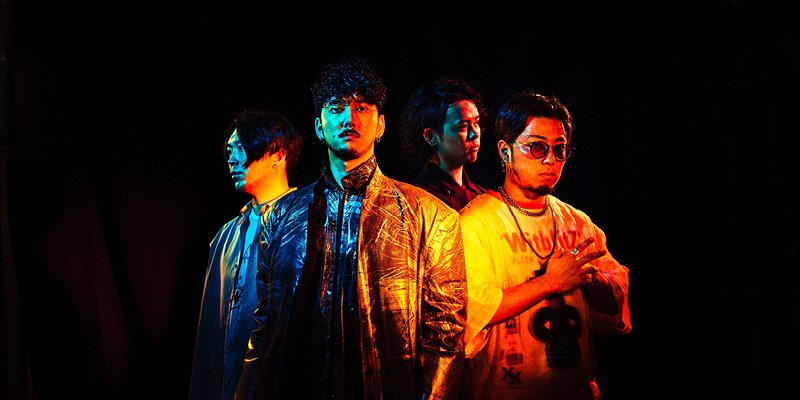 With a next-generation, groove-infused sound described as “experimental soul”, Japanese band WONK have been making waves with their unique creativity, mixing traditional jazz and R&B instrumentation with hip-hop style sampling and modern electronics.

All the members of WONK use Ableton Live as a fundamental part of the group’s music production process. Bandleader and drummer Hikaru Arata first explored it as a student in his programming class and now exclusively uses Live and Push to create beats, making the most of Simpler’s slice function and some Max for Live patches. Keyboardist Ayatake Ezaki migrated from Logic to Live and has expanded his artistry from traditional methods of composing music to using Live’s Drum Rack to write chords and melodies. Additionally, bassist Kan Inoue and vocalist Kento Nagatsuka also use Live to mix all the band’s music. The band perceive Live more as a musical instrument than a DAW, not only using it to produce, edit, and mix their sound, but fully utilizing the capabilities to incorporate samples and other audio material into their music too.

WONK’s recently released fourth album “Eyes” has raised their profile further, and they have collaborated with artists as diverse as King Gnu, Yasuyuki Horigome, and Iri, in addition to providing music for Japanese household-name popstar Shingo Katori. In this interview, the band members talk about the relationship between WONK and Live, including some of their favorite features, and how they use the software for their live performances as well as their music production. You can also get some insight into Kan Inoue’s slicing process by downloading the MADSAMPLE Live Set for free.

You guys use Live for production but also for live performances, right? Can you tell us a bit more about that?

Ayatake Ezaki: With Live you can easily save the sounds you’ve made, so we save sounds we’ve recorded in a library and then load them into a set for our live performances. The interface for audio effects is really straightforward; and then if you want to process or make some adjustments to the sound in a live setting, you can do it immediately in real-time by simply dragging and dropping effects onto the tracks. In this sense, I think it’s a great DAW for use outside the studio too.

Kan Inoue: I’m actually relatively new to using Live, but there are a few points that I’ve realized make it excellent when playing live. Firstly, the software is stable, so it doesn’t crash when it starts up. I think another advantage is that you can see what’s going on during a live show in the Session View even if the waveforms aren’t right there on the screen. It’s also really useful to be able to flexibly move from one loop section to the next by, for example, adding locators and then moving around to any point you want.

Ayatake Ezaki: I’ve recently started using Push in live performances, but I wanted to take the opportunity to really get to know the instrument and set it up properly before using it in a live set. A lot of that was organizing all the instruments and samples to load onto the pads and assigning different colors to each of them to make it easier to know what’s what. As I got more familiar with the instrument, I really appreciated what a well-designed piece of equipment it is, both for use in the studio and on stage.

What do you all individually think are the best points of Live for you?

Kan Inoue: For me, the fact that Live is a DAW that allows you to produce music through experimentation and happy accidents, and that makes me feel like it’s software with a human personality. For example, when I’m creating something in Logic, I have to figure out how to create the music I have in my head, but when I’m composing in Live, I can chop a sample and it will warp automatically, or I can use a Max for Live patch and come up with something completely different from what I imagined, so there’s a lot of individuality to the accidental nature of the production process.

Kento Nagatsuka: I only use DAWs for recording, so, unfortunately, don’t have a lot more to add, but one thing I like is that in Live you can mute a track just by pressing the 0 key. That’s really useful.

It’s definitely important for a DAW to be smooth to use, right?

Hikaru Arata: Yeah, for sure. Another example is that it’s really handy to be able to split waveforms with the Cmd + E shortcut, these little details are what makes Ableton Live so good. I also like the fact that I can easily assign my own shortcuts. I use the R key to record, and I have also set it up so that I can skip back to the start of the track quickly by pressing 1, which makes my workflow so much more efficient. And another thing, although this is a really small detail ­­­– I like that when I group tracks and then add new tracks into the group afterwards, they are all the same color!

Ayatake Ezaki: Yeah, it’s definitely nice to be able to identify tracks by color. Live sets different colors for all the tracks at the start, so when you group them, and they become the same color, it makes it a lot easier to see them. I also really like the sounds of the built-in synths, which I use a lot in WONK tracks. You can download patches made by other people from the Ableton shop, and there are patches made by various users for Wavetable, which comes with Live 10, so I’ve been trying a lot of them out. In that sense, I think Live is interesting in that it allows you to build on what you’ve already purchased. Another thing I like about Live is that you can insert different shapes, automation presets, for envelope changes, rather than having to manually draw them in yourself. I often use that automation function on synth parts.

I’ve heard that you’ve also started to use Live to control the lights at WONK shows. How and why have you started doing that?

Kan Inoue: Up until recently, there were a lot of tracks that we played live using samplers and other instruments, and the different parts weren’t exactly all in time with one another… by that I mean we didn’t use a click track. But our more recent work has become more conceptual, using lots more synths and sound effects, and when we were playing this live, we couldn’t recreate this sound with just our instruments, but even when we added a synced backing track with the extra synth parts and everything, something still felt missing – so I decided to try controlling the lighting as well. There is a third-party plug-in for Live [called DMXIS] that allows you to control stage lighting, and you can even sync the lights and the sound in the same Live set. And it’s really easy to do; you just add a MIDI track in the same Live set where all the parts for your synced backing track are, and it will be in time with the music, it even follows all the tempo changes. Also, it’s really useful that you can sync the click tracks across different computers so that everything can be perfectly in time.

Can you share with us any other features in Live you like and how you use them?

Kan Inoue: I’d say the warping function. Every DAW has the ability to change the tempo and pitch of waveforms, but I don’t think they match Live’s interface and analysis functions, and there are the different Warp Modes, like Beats, Complex and so on. With other DAWs, you have to process the waveform or use plug-ins to correct the pitch of the samples, but with Live, the interface is already right there in the sampler when you load the file, and you can easily set the pitch to stay the same even if you change the tempo, both for MIDI and audio.

Hikaru Arata: Also, when you put the Beat Repeat effect on a sample, you can easily assign some LFO to the parameters, and then this changes the sound like you are adjusting the automation, and you can get some unexpected cool results.

What kind of things would you like to use Live for in the future?

Ayatake Ezaki: I’d like to try doing video sync in a live setting. I’ve seen VJs use Live to process footage in real-time and sync it with the synths’ parameters. I’d like to try doing something like that myself. I feel like it would be cool to use Live even more to further connect the video and lighting with the physicality of us playing the musical instruments on stage.

Kan Inoue: At WONK gigs, we have solos and improvised parts that aren’t necessarily a set length, and I feel like playing all our songs to a synced backing track would make the show really robotic and a bit boring. That’s why it would be really great to be able to create Live sets where you can seamlessly move between sections that have a set click track and parts that don’t.

Hikaru Arata: Live has great waveform editing capabilities, so I’d like to try creating new sounds, like making some ambient synth pads using nature field recordings. I’d also like to use Max for Live a bit more to experiment and see what sounds I can get.

Just the other day you uploaded a video to your YouTube channel playing your track “HEROISM” in a remote “stay home” session. What role did Live have in that?

Kan Inoue: When we did that, I just used Live to record it, but Ayatake was using Live for the synth parts, and Hikaru was using the Drum Rack with Push.

Ayatake Ezaki: It was a similar set up to how we normally produce ­­­– all my lead synth parts in that session were from Live.

Obviously, people have started doing these remote sessions because it’s not possible to play live in venues right now, and a lot of musicians are thinking about how they can use DAWs to help them do that. What are your thoughts on that?

Kan Inoue: We were able to do this remote session by using Live and cloud service  Splice. And in doing so, the production side of things was completely stress-free, and I think that technology has come a long way in terms of making things more convenient. Of course, there are still some latency issues when it comes to live remote sessions, but I think it’s up to us to see what interesting things we can do using Live for these performances. Also, more and more DAWs are adopting AI functionality, so I’m interested to see what you will be able to do with that technology in the future.