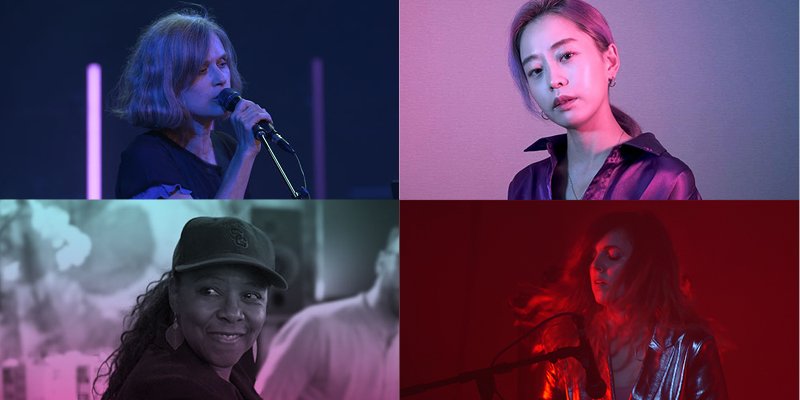 This time of year has us reflecting on the women working with sound – onstage, behind the scenes, in technology, and in education – who inspire us with their creativity and insights. Here are some of our favorite recent performances and perspectives from women in music.

After watching a performance that looks effortless we always wish we could see the work that goes into preparing it. Sakura Tsuruta gave us just that with her Push performance video, in which she seamlessly switches between recording, arranging, mixing and improvising. In the accompanying walkthrough video she lifts the lid on her setup, showing us the prep behind the performance.

Sydney-based producer Ninajirachi’s One Thing tip really resonated with music makers around the world. See how she layers field recordings with her drums to create unexpected texture.

South Korean percussionist and producer Sowall has made a name for herself as a virtuosic finger-drummer. In this enlightening artist feature she delves into her studio workflow, live setup and songwriting process.

Learn how she works

Patrice Rushen is a Grammy-nominated recording artist and music educator. This Loop talk sees her reflect on the formative musical experiences that set her on the path to a career working with artists such as Quincy Jones, Herbie Hancock and Stevie Wonder.

Anna Meredith: The Shape of Music

Anna Meredith refuses to be boxed in – as a classical composer she’s created works for orchestras, works without instruments, and works to soundtrack park benches. Her pop releases strike a balance between synthetic and classical instrumentation. This documentary gives intimate insight into her creative process, from sketching out her tracks to touring them with her band.

Comedian-turned-experimental-singer-songwriter Juana Molina is no stranger to spontaneity both onstage and in the studio. Watch her partially-improvised Loop performance, and learn about her influences, processes, and penchant for imperfection.

Check out the feature

Laura Escudé on The Art of Designing a Live Show

Laura Escudé is a violinist, producer, entrepreneur, educator, and sought-after live show programmer for artists such as Kanye West and Bon Iver. Watch Laura share the technical and personal lessons she’s learned designing shows for others, and see how she manages her own live set-up.