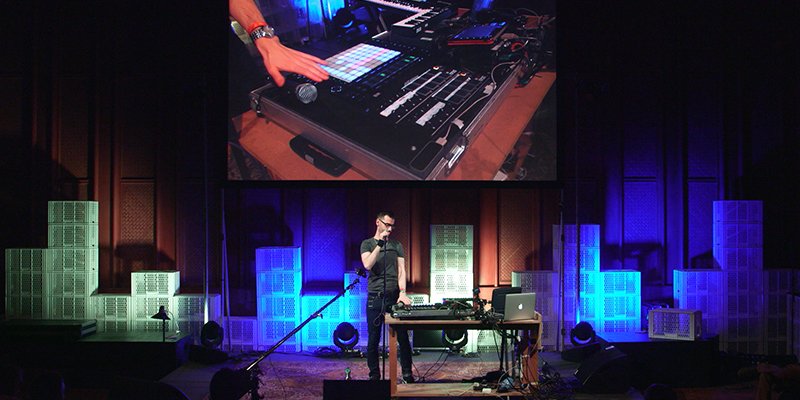 "I wasn't allowed to practice the drums at times that might annoy the neighbors, so I had to find ways to express the rhythms in my heart." This is SK Shlomo at Loop 2017, reflecting on the initial circumstances that would lead him to become one of the world's most renowned beatboxers and live loopers.

Shlomo’s quest for the perfect setup resulted in an ever-growing collection of hardware.  Eventually, though, all the components of this system and the cabling that connected them actually made it more difficult to create music. In his words, “there can be such a thing as too many toys."

With no previous coding experience, he decided to rebuild his setup from the ground up, this time using Live, Push, and Max for Live.

In a Performative Presentation and Q&A session, SK Shlomo weaves examples of his beatboxing and looping skills into the story of his career, and tells us how he designed and built his perfect looping system.

SK Shlomo went on to release his debut album Surrender in 2019. He gave a bonus performance of album track Invisible at Loop 2017.