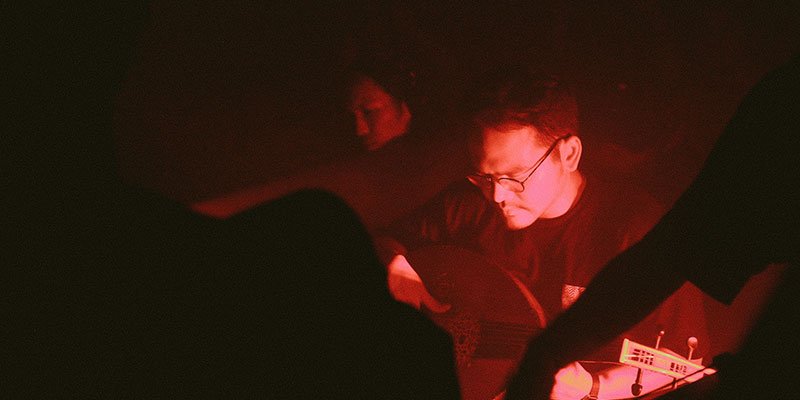 Gamelan, a type of orchestra and music indigenous to Indonesia, is in many ways representative of the Southeast Asian state. Complex, ancient, and with a huge range of regional variants, gamelan is both an integral part and a reflection of the Indonesian experience.

Consisting of various kinds of metal and wood percussion, gongs, chimes, strings, bamboo flutes and metal-keyed instruments, gamelan occupies a central place in Indonesia’s cultural heritage. It’s a fixture in most folk and religious rituals, ceremonial occasions as well as dance and shadow puppet performances. It’s also heavily influenced Western composers, with the likes of Claude Debussy, Erik Satie, John Cage and Steve Reich all paying homage to gamelan’s harmonic polyrhythms. Over the past decade or so, it’s also entered the realm of contemporary electronica. Aphex Twin, Kode9, Squarepusher and Four Tet have all either heavily sampled or re-worked gamelan’s multiplex drum timbres, cascading bell sounds and devotional singing, helping to introduce the idiom to new generations of listeners.

Known as Uwalmassa, Harsya Wahono, Randy Pradipta and Pujangga Rahseta make deconstructed gamelan music using a blend of Indonesian and Western tools. Under their watch, gamelan’s rich tonalities are transformed into a minimalist palette with reverberating synth arpeggios. The end result is an experimental yet dancefloor-friendly sound that repositions jungle and tribal-laced ambient techno within gamelan’s dense scales and rhythms.

In spacing out gamelan’s flurry of percussion, winds and strings whilst adding Western stylistic elements into the equation, Uwalmassa’s music occupies a niche sonic zone that’s both meditative and dynamic. “We wanted to create something that’s familiar to [Indonesian] ears, but at the same time foreign and ambiguous,” Wahono says over the phone. The international community has certainly taken notice. Uwalmassa performed at Berlin’s Berghain club in 2017 as part of a series curated by Morphine bossman Rabih Beanih and released their debut LP – Bumi Uthiri – the following year. Wahono, Pradipta and Rahseta also operate a record label called Divisi62, which releases their other projects and solo work.

A Dialogue of Sounds

Uwalmassa’s compositional approach is rooted in the principles of free jazz. Improvisation, unsteady tempos and emotional intensity are crucial to the trio’s work, just as they were to Ornette Coleman or Pharaoh Sanders. 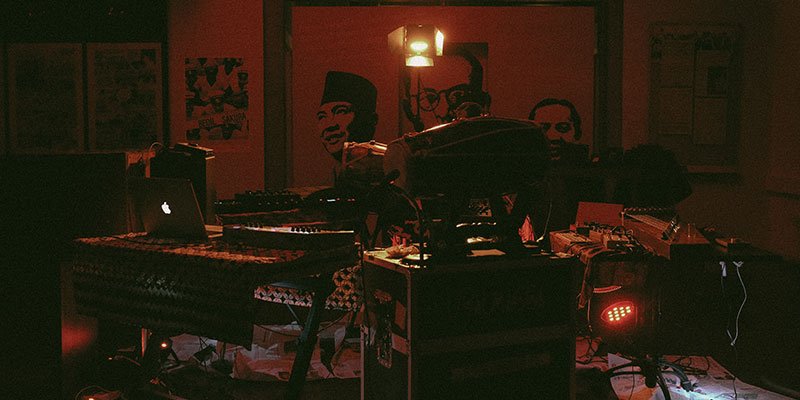 These recordings are then combined with snippets from previous live performances and eventually reassembled using a combination of digital signal processing and audio manipulation. During this phase, samples often get mangled to the point of obscurity. The trio like to mess around with polyphony and dissonant harmonies, often making percussion end up sounding like melodic instruments. Standard effects such as delays and reverb are also utilized to further distort the original recordings. The goal is to “create a dialogue between natural, synthesized, and heavily processed sounds,” Wahono explains.

Ableton Live plays a key role during Uwalmassa’s production process. “My favourite tool is the basic Sampler,” says Wahono. “What I do is put in a long sample of an instrument that I play live, and have each key be at different points of the sample, which creates a looping sensation.” 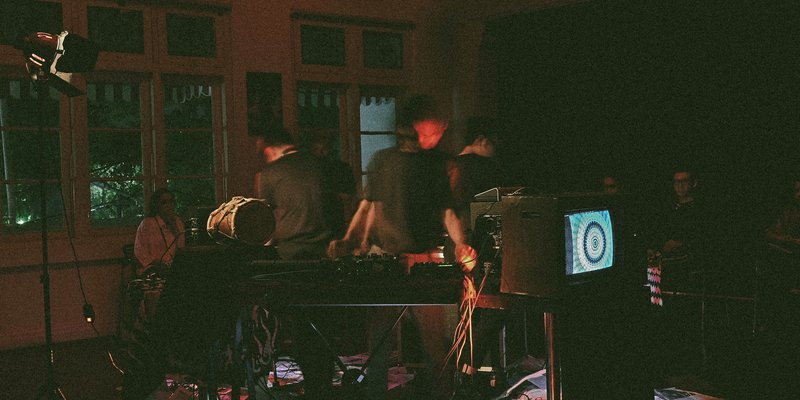 Uwalmassa in the midst of performance

During live performances, Wahono acts as the conductor in addition to playing the kendang whilst simultaneously using a custom MIDI trigger that sends random MIDI notes to an external synthesizer. Pradipta, meanwhile, is typically on the suling, keyboard and kacapi whilst Rahseta takes charge of a sampler and drum machine. “We have a loose set of templates for a song’s beginning, middle and end, which serve as guiding points, but the bulk of playing is entirely improvised,” Wahono explains.

Ever ready to switch it up, Uwalmassa like to change their live set-up every now and then. “We always strive to try different pairings of instruments and methods or look for new methods to alter the contour of instruments and its role in the composition,” Wahono says. “The main idea is to have every performance different from the previous one, both in the materials being performed and also how we perform it.” 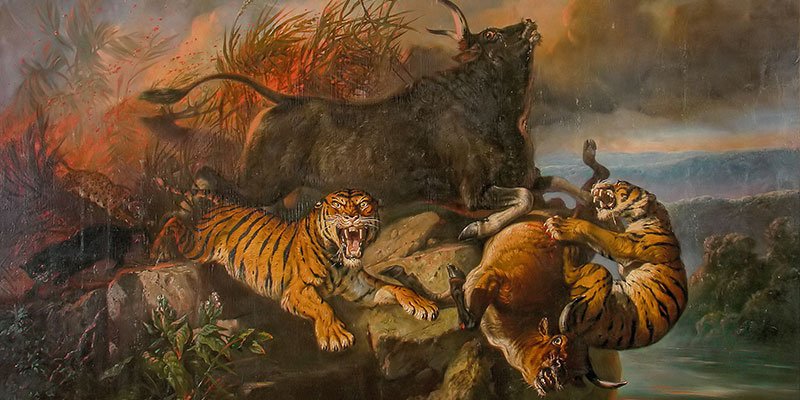 Inspired by Indonesia’s avant-garde artists of the 1970s, Uwalmassa also draws on the legacy of painters such as Raden Saleh who combined traditional subject matter with Western techniques. Just as their predecessors did, Uwalmassa aim to “take heritage and interpret it for present and future times, as opposed to taking the more conventional route of preservation that has the potential to create more boundaries.” 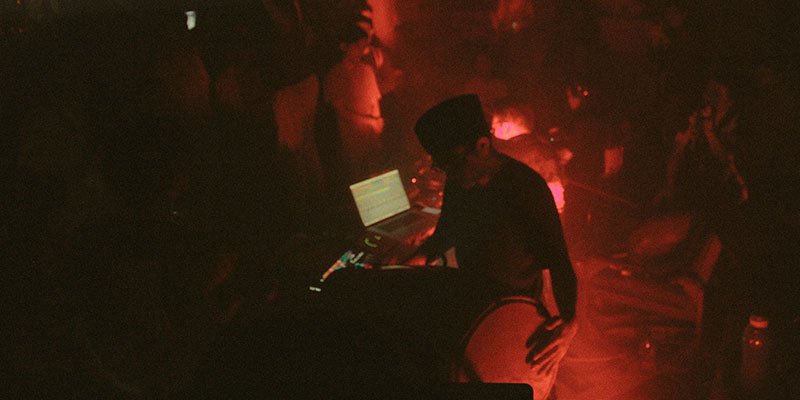 Heritage for the Future

Made up of around 17,000 islands, Indonesia is Earth’s largest archipelago and the world’s fourth most populous country. Among its many cultural riches, Indonesia also boasts a deep history of frenetic, high-energy dance music that can be heard across folk, religious, ceremonial and entertainment contexts. Gamelan aside, other popular genres include dangdut, jaipongan and keroncong amongst others. Discovering how the country’s numerous musical styles can merge with one another and be re-imagined in a contemporary climate has become integral to Uwalmassa’s vision.

Multiple schools of gamelan exist across the vast archipelago, with the most popular ones being Javanese, Sundanese and Balinese. Each have different compositional styles and instrument combinations. The Javanese version tends to be slower and more trance-like—a nod to the Sufi teachings that flourished on the island of Java during the 15th century. The island of Bali, on the other hand, remained Hindu and developed a faster pace of gamelan with sudden tempo changes.

“We try to take some element of each style and merge them together,” explains Wahono. “In the process of doing that, we combine new instruments and textures. Indonesian artists have done this before but it has disseminated throughout the years.”

When asked how Uwalmassa experiments with gamelan whilst still preserving its authenticity, Wahono pointed to the ever-evolving nature of the Indonesian custom. He notes that in Java alone, numerous styles exist due to cross-regional influences. “In the past, when people migrated to Java from Sumatra and Kalimantan, they brought their regional traditions with them, which led to different kinds of gamelan ensembles,” Wahono explains, noting that some practices in Java are already extinct.

“There’s really no staying true to gamelan because it keeps evolving and changing,” Wahono concludes. “We’re experimenting with something that’s already been modified several times so the only authenticity that we need to maintain is to continue developing and innovating.”

Keep up with Uwalmassa on Bandcamp

Califato ¾: Taking Flamenco Into The Future