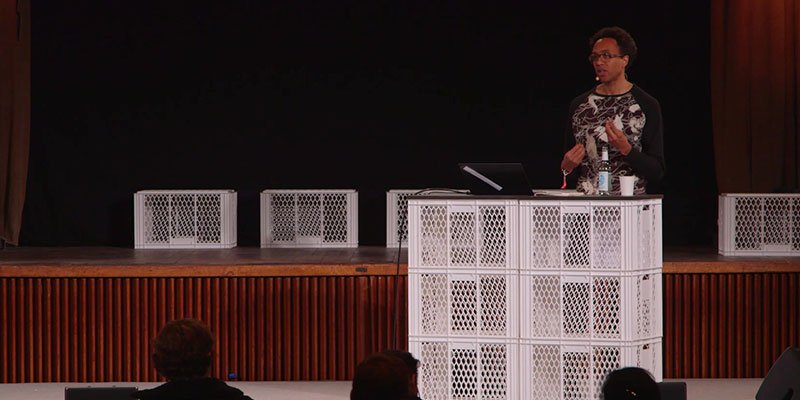 With the publication of his book Uproot: Travels In 21st Century Music and Digital Culture, Jace Clayton has emerged as one of the most thoughtful voices to reflect on our current musical and technological landscape. Far from delivering a dry, academic treatise, Clayton drew upon his decade-plus’s worth of experience touring the world as DJ/Rupture to fill the book with first-hand reports from the far-flung, but technologically connected corners of the international underground.

In the fascinating talk below, given at Loop 2017, Clayton connects the dots between the origins of the term “world music”, how new technologies of music making and distribution have scrambled timelines for young artists, the ways in which money talks in rap and trap, the contrast between how sounds travel freely while people do not, the ethics of sampling and much more.