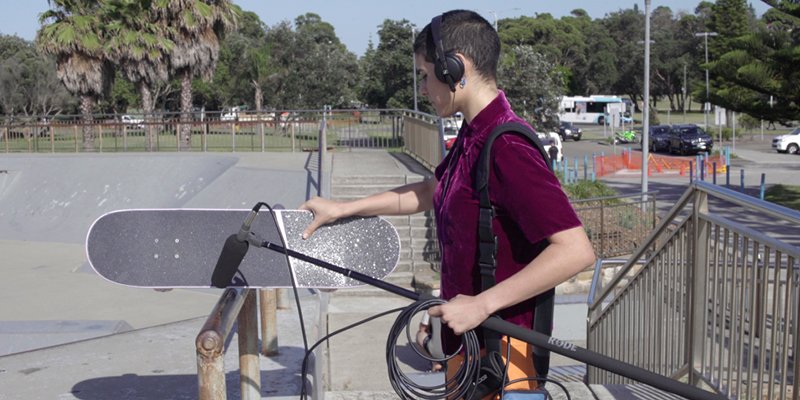 No two cities sound the same, and Happy Mag is collecting the idiosyncratic sounds of Sydney with their Sydney Sounds series of free sample packs for Live users. To create each pack, a local artist chooses a location, spends a day armed with field recording gear to capture the sounds of their chosen spot, then heads back to their studio to refine and catalog their samples.

Deep house and techno producer Made in Paris hit her local gym to source some industrial sounds suited to her dark musical approach. Make beats out of clanging weights, thudding medicine balls and the beeps and hums of treadmills and exercise bikes.

Fresh off the back of representing Australia at Eurovision 2021, hyperpop singer-songwriter Montaigne visited a beachside skate park to collect the sounds of wheels on concrete, trucks grinding across rails, and skateboards clattering to the ground.

Musician and beer-lover Kat Harley combined her passions by capturing the sounds of the brewing process at The Grifter Brewing Co. She collected a variety of textures and tones – from cans opening and glasses clinking to reverberant beer kegs and woodwind-esque blown beer bottles.

Matt ‘xiro’ Fioravanti’s Sydney Sounds pack is a goldmine of percussive sounds with an 8-bit twist. The producer and live sound engineer took his field recording gear to a Timezone game arcade to collect the blooping machines, tapping buttons, thudding balls and general chaotic ambience of this classic location.

As a producer of dark and intricate pop music, Lupa J is drawn to industrial-sounding beats. To source some sounds that would suit their style, they headed to their local station to record some thundering freight trains, the metallic jangles of a phone booth and a vending machine, and a beeping Opal card reader.

A version of this post previously appeared on Happy Mag