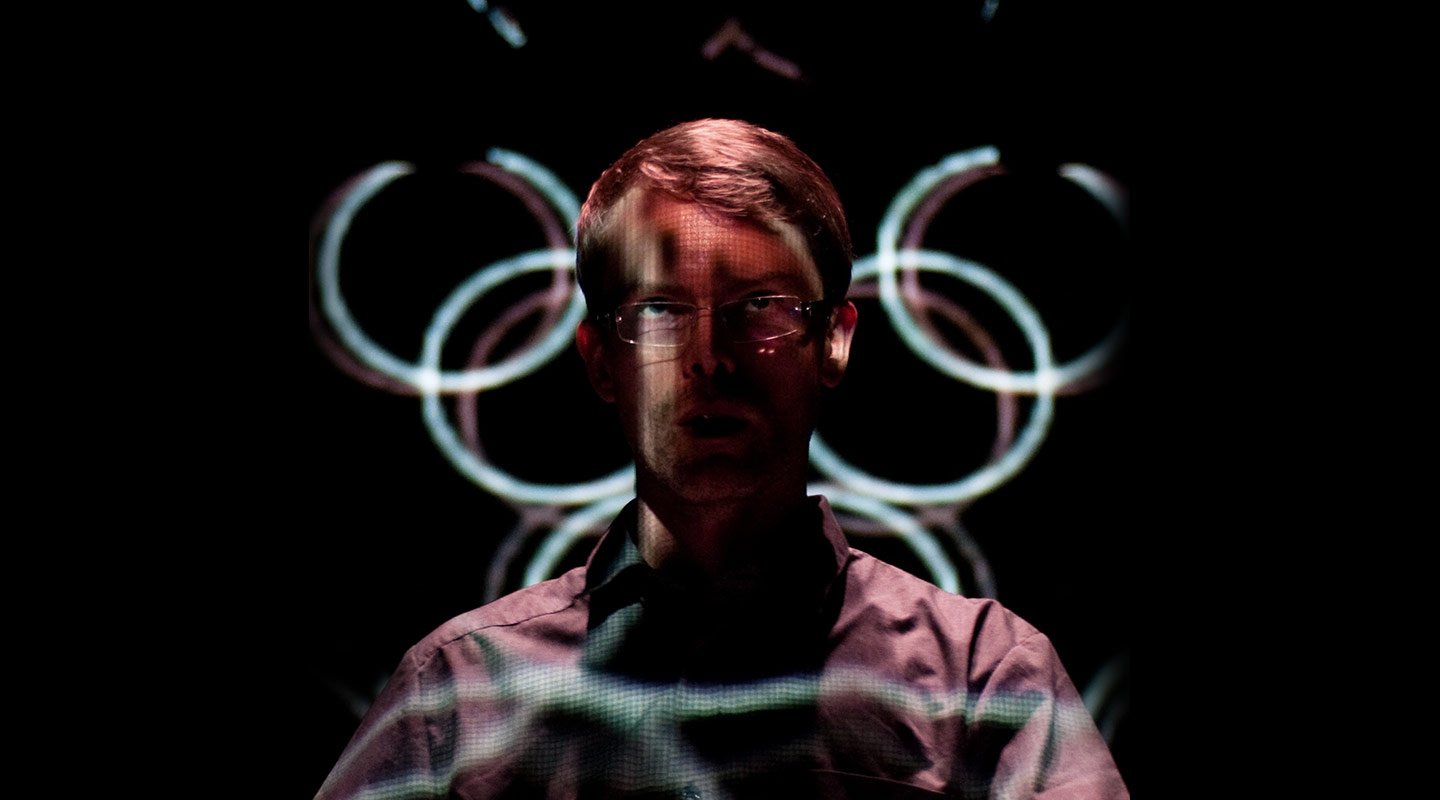 The name “Surgeon” carries a sizable weight in techno circles and with good reason, the nom de plume of Anthony Child has left an indelible mark on the genre. Since his emergence in the early '90s as a resident at infamous Birmingham techno den of iniquity House Of God, the UK producer has charged forth with a singular vision of electronic music via releases on labels such as Tresor, Blueprint and Downwards. Child’s style is a collision of the devastatingly precise and the disorientingly arcane, channeling the most frenetic of rhythms or the most chilling of textures according to its own internal logic.

While his recorded output has made Child a perennial presence in electronic music, his reputation is equally forged on visceral, intensely detailed club performances. Here, Child regularly blurs the joins between sound sources to create something entirely new and send listeners spinning trying to keep up with the rush of information.

“The way that I bring people to a more internal state and a more external state is really important to me,” Child explains. “I guess when anyone who performs in any way gets used to the tools they use, they become kind of invisible and you just express with them.”

The topic of tools is pertinent for Child, an early adopter of digital technology in DJing and live performance who saw the potential for creative advancement rather than increased convenience (a criticism often leveled at those jockeying laptops on stage). With all this in mind, Oli Warwick spent an afternoon discussing the notion of performance with Child, exploring his history with Ableton Live as a key to being the performer he wants to be.

In his early years helming House Of God alongside Paul Damage and Sir Real, Child applied his exacting style to the traditional two-decks-and-a-mixer set-up where possible, turning to techniques such as working two copies of the same record to draw out intros as long as he felt necessary in order to edge an extra level of tension into the dance. From there, attracted by the vast increase in tracks that could be at his disposal at any one time, he made tentative steps into the world of digital DJing with a copy of Final Scratch. It was a decision that required a certain strength of will to ignore the objections of the vinyl traditionalists – as laughable as that may seem in a scene as technologically rooted as techno.

Already familiar with Ableton Live from his productions, a chance opportunity saw Childs start performing with the relatively-new software. In 2003 Child’s collaborative project with Karl ‘Regis’ O’Connor, British Murder Boys, had taken off, with the pair sharing duties on stage between Child DJing and O’Connor performing live over their allotted time. The promoters at Extrema - Forward festival in the Netherlands had however given them a drastically shortened slot with no room for maneuver, and so at the eleventh hour Child prepared a set of their collective material in Ableton Live and gave it a first run-through that night in front of a baying crowd.

“That gig just happened to come along at the right time for me,” says Child. “Around that time I was exploring different technical possibilities with DJing, and I think also that was an interesting time where the quality and the technology was catching up enough to be a viable alternative. It’s a very personal decision and it’s definitely not a DJ solution for everyone, but it really clicked for me and I just saw lots of potential, with the way that I work with music and put it together when I perform.”

From that seat-of-the-pants initiation into using Live on stage, the intensity and individuality of Child’s sets noticeably ramped up and earned him renown as a true exponent of new horizons in DJing. It was certainly not an obvious or well-trodden path he was heading down, which was of course part of the appeal.

“The way I use Live has changed over the years and I like the fact that it’s flexible and it’s not an out of the box solution for DJing,” he explains. “It takes quite a lot of work and preparing tracks. It is a lot more difficult than other options out there.”

While he may have a myriad of options at his disposal, what becomes apparent to anyone experiencing Surgeon live is that even a well-worn classic can be chopped and reformed to leave something entirely new issuing forth from the speakers. What is most impressive is that Child makes up these custom tweaks as he goes along.

“When I’m really plugged into the moment I just use edits as a tool to react to what feels like the right thing to do,” he reveals, “whether it’s skipping a breakdown or skipping to a different part of the track or layering something else. That’s the important thing, reacting in the moment to what’s happening, and I just feel like Ableton’s a system and a tool that allows me to improvise in that way.”

If you compare any of the many sets that Child shares online, you’ll quickly notice that he never repeats the same trick twice, and with a style that can power through upwards of forty tracks in an hour, that’s an awful lot of music to be confidently remolding in front of audiences that can reach into the thousands. “I have to know the music I’m playing really well, otherwise it’ll catch me out, and it’ll change the energy in a way that I wasn’t anticipating,” he admits. “Quite often I place warp markers on tracks just to give me cues if a particular change is going to happen that I can’t see from the waveform.” 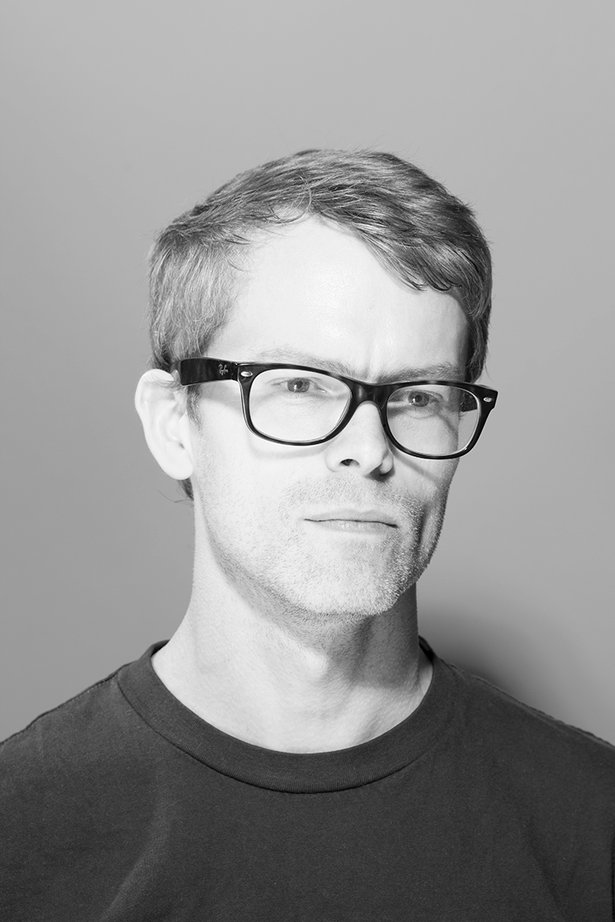 As well as re-tooling the tracks in his arsenal, Child also sees the benefit in using Live to bring his own additional rhythms and pulses into the mix, should they be required. “I like the flexibility of being able to have another channel which has got one of the Ableton Drum Machines running MIDI sequences for percussion sounds,” he says. “If I’m playing a track and I just feel like I want to lift the energy a little bit more then it’s a very useful thing to be able to throw over the top without having to mix another track.”

Child’s unconventional approach brings with it its own technical requirements, which is verified when he is quizzed on the value of control surfaces purpose-built for digital DJing. “I’ve never really liked any of the controllers which are sold as a DJ controller,” he explains. “I understand why those are sold like that but it doesn’t appeal to me because I’m not trying to emulate a vinyl DJ ‘two-decks-and-a-mixer’ set-up with what I do.”

The distinction between method and musicality is of vital importance to Child, which may seem unfathomable if you’re listening to him disemboweling a multitude of techno staples in amongst other sonic debris in a particularly fiery moment (“sometimes destroying a track is exactly what you have to do,” he confides). Nevertheless, he always maintains that knowing when to just let a track play is just as important as knowing how to rewire it for your own creative purposes. “It’s important to have a system that I can express myself with very directly and change things when I need to,” he states, “but then not to get caught up in the nuts and bolts of it and keep a perspective on the music and the effect it’s having on the audience.”

In addition to talking about the technical aspects of his work, Child is equally at home exploring the motives and thought processes that guide him in a performance, with they focus on working as unconsciously and impulsively as possible. As such, you’re not likely to see the same combination of tracks repeated twice due to the urgently in-the-moment attitude Child has to his art.

“I just purely improvise at the time,” Child says of his choice in combinations and layering in his sets. “I have usually found if I’ve done a certain combinations of tracks and it’s worked particularly well at one gig and I’m tempted to do it again it never works as well and I feel like I’m cheating myself rather than just directly plugging into the moment and feeding off that.”

This mentality applies not only to combinations of tracks, but also the poignant placing of tracks at certain key points to deliver an accent to a set, most notably with tracks that few would ever associate with one of the bastions of Birmingham techno. One such example would be the opening of the first Surgeon set at Freerotation in 2011, where the sultry tones of jazz legend John Coltrane cut a daring diversion through a weekend of pure electronic music.

Listen to Surgeon’s set from Freerotation 2011

“In that situation, it’s like a musical palette cleanser,” Child explains of his choice to commence a peak time set in a crowded room in such an unexpected way. “If people hear something out of context it has a very strong effect on them psychologically, and hopefully it really opens them up to what’s going to happen next. Sometimes it can work terribly. People could start throwing things at me.”

Although by now, most people consciously choosing to see and hear Surgeon are well aware that anything could happen, Child remains wary of unnecessary limitations drawn up by definitions of what his performance is or will be. “The distinction between DJ set and live set has changed a lot over the years that I’ve been performing and become confused,” he muses. “I’d rather leave off the terminology. An example of that is the way Jamie [Blawan] and I do Trade. That’s essentially a live set because it’s become purely our own material but we don’t really want to bill it as such so it gives us the freedom to do whatever we want and hopefully not have people complaining about definitions.”

The set up for Trade has certainly kept things fluid, with Blawan on a condensed modular and analogue hardware rig running off a clock pulse from Child’s Ableton Live. Over the course of a handful of gigs the pair have changed their set-up and sound sources for every outing with little in the way of pre-planning or forethought. It’s a neat reflection of Child’s own admission of never knowing the starting point for a set until the moment arrives. “With all collaborative performances, it’s all about non-verbal communication and being receptive to the combination of what you’re both doing and responding to that,” Child explains. “If there’s a good connection between the two performers then that’s the important dynamic.”

While his avid embrace of technological possibilities has pushed his sound into realms where artists, genres and the boundaries between them crumble, Child is always focused on the human significance of what he is doing, ever sensitive to the whims of the crowd and what he might be able to do to alter them. As if affirming his own flesh-and-blood vulnerability, he was eager to put this point across as a parting shot.

“Hopefully people won’t realize this but I do actually make mistakes when I play,” he states. “I think there’s an idea about digital DJing that it’s all perfect and you can’t make mistakes but I definitely do. A very safe approach would be to pre-record a set and just stand there and play it, but that would just be so incredibly boring for me. I just can’t help but get my hands dirty.”

Anthony Child is about the only surgeon you’d ever want to say this about, but long may his hands stay dirty.