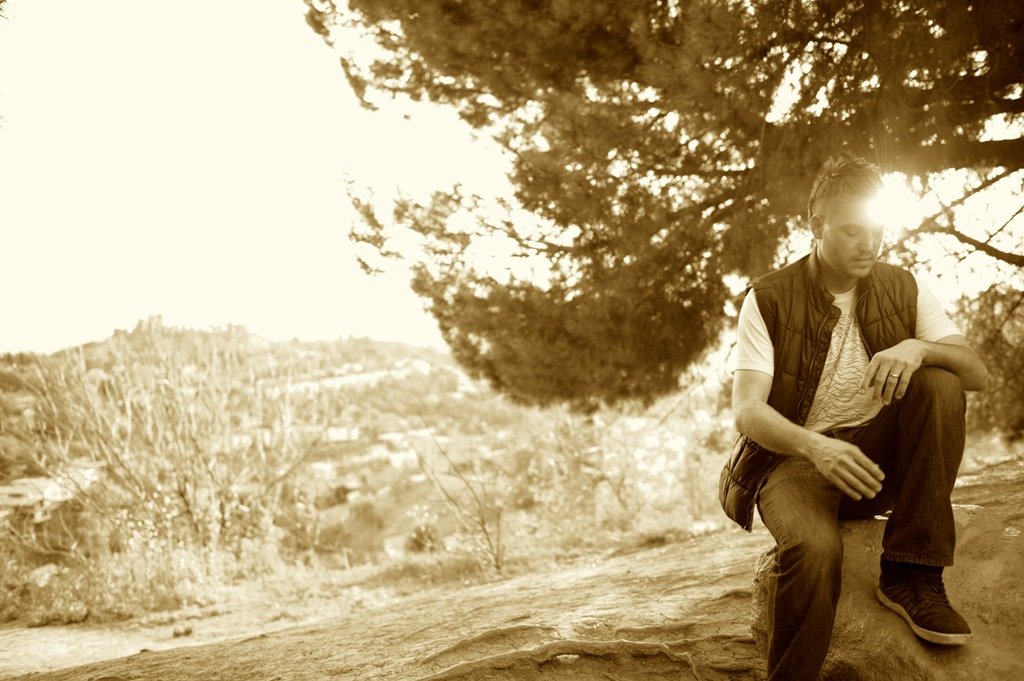 Steve Nalepa is something of an anomaly in the music industry. The seeds of his success stem from a genuine selfless dedication to helping others achieve their personal best. He’s tutored thousands on the fine points of production in his Dubspot tutorials and his courses at the prestigious Chapman Conservatory of Music have incubated a hot bed of West Coast talent, helping artists such as Djemba Djemba and members of LA-based Team Supreme, develop into internationally recognised exports. Steve has also been a behind-the-scenes gun for hire, running the complex back-end systems that help some of the world’s biggest artists perform supersized live sets across the globe.

Amidst all this work, Steve has never let go of producing his own music, a commitment which has recently borne fruit in the form of The Acid. Featuring the veteran English producer Adam Freeland and Australian vocalist Ry X, The Acid has shifted Steve’s focus to center stage, allowing him a chance to make the most of his own skills after years of educating others. We spoke to Steve about the importance of a crafting a diverse career, overcoming the challenges facing fresh producers, and how to make emotionally resonant music through connecting with your unique life perspective.

Going through the list of your various interests and achievements, it’s obvious that you’ve got quite a diverse spread of projects away from making music as an artist yourself. Building a sustainable career just as a producer is a tough ask but you seem emblematic of being able to use those skills in a way that branch off into other areas.

I went to Yale for a math and economics degree and I realised somewhere along the way that I had zero interest in going into investment banking. My dad was like, “what are you doing? You spent all this money and you’re not going to take the high paying jobs that are available to you that I never had an opportunity to do?” And I said, “look, I’ve realized that’s not me, I wouldn’t be happy doing that.”

I moved out to LA and I started teaching high school math and science. I was a paranormal news researcher, I was doing costumed children’s parties, anything and everything to get by. But there are some people who just focused on music the whole time. I wonder occasionally if I could’ve done that instead of taking some of these side tracks that I did; but the reality is that it enriched me.

When I meet someone who’s doing really inspiring work, I go up to them and say “hey I’m really into what you’re doing”, and you start having a dialogue. Most of my friends I’ve met this way. I’ve just been blown away by their work and wasn’t afraid to let them know. All that stuff adds up. When the economy tanked in the late 2000s I was actually doing quite well because I had set up a situation for myself where I was freelancing and doing all these different jobs. I had all these different skills, so I was still managing to get paid doing this or that, whereas people who were doing one thing were stuck trying to find a job. 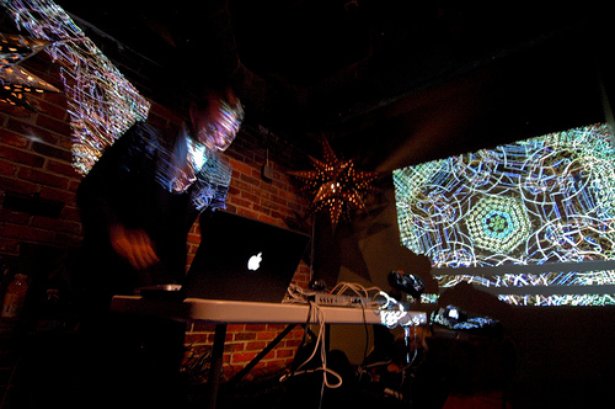 I ended up doing a month of pre-production work with Drake for his tour that he did last fall. I did a month’s work on that; I basically took 55 different tracks that they might use in the show and got them all ready in terms of getting all the levels in the mix right for the band and the monitors and the front of house. You have to be fast because they might be like “we need to cut this part out”, so you have to be a ninja under pressure. It was great but the vibe wasn’t really there so I ended up not doing the tour.

But this ultimately led to the completion of The Acid record...

Yeah, in that same month Adam had just flown back to the States and the dates kept changing for when I was going to do the Drake gig. Adam had cancelled shows and booked this time to come and work on making the rest of the record for The Acid. Then I find out I have five days until the Drake tour is going to start and Adam was a little bit like “dude, I get it but at the same time I turned stuff down to be here” and I said “don’t worry we’ll do it.” Basically we did five songs in five days. At that point the schedule for Drake was we’d start at 2pm and go till 7pm. So every morning Adam, Ry and I would work writing the rest of the Acid album from 9am till 1:30pm, then I’d leave and drive to the rehearsal studio to do Drake every afternoon. And on the same day I found out I wasn’t going to do the Drake tour, the Acid got a record deal with Infectious. It was kind of like the universe telling me this is where I need to be putting my energy. This is what I should be doing. 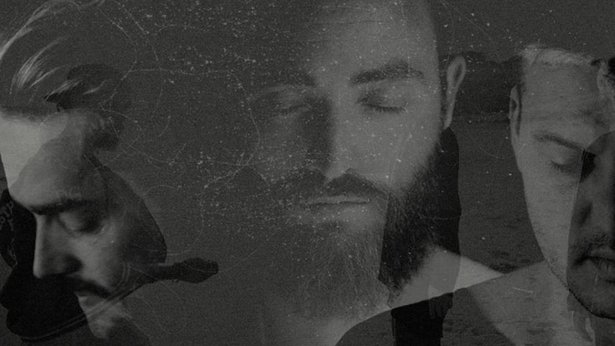 Are there any key tenets when you’re teaching that keep coming up? Are there any universal laws of production?

Less is more. That’s a big one. That I find is the biggest problem that young producers have. They know their track isn’t done or it doesn’t feel like it’s there and they just keep piling on more parts. It’s part of the process where you can actually get to some really good stuff; you sit down to write with a blank slate, you start adding parts, you get something going, then you make a new part to contrast what was there already. But at some point you really have to strip it back.

DJ Nobody, one of the founders of Low End Theory, had a great quote: “sometimes when a track isn't there, instead of adding something you should subtract something.” I really feel that the biggest thing I find with the newer producers is that they just have too much stuff going on in their songs.

It’s our tendency when we’re getting started to get excited and just keep adding parts and a lot of the time you have to ditch the initial element because it just doesn’t fit any more and what else you came up with works better without it. But it’s hard because there’s a sentimental feeling you attach to that initial part. Mute it. Try it. That’s a big one. 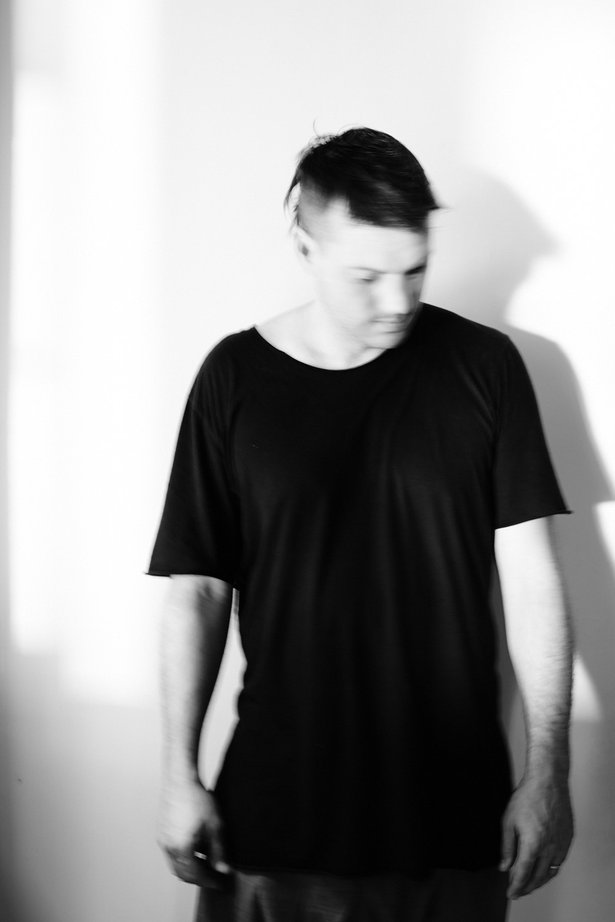 When you’re starting out as a producer you have to learn these explicitly technical tasks until you’ve absorbed enough to let your creativity run free. But there’s that period in between when you’re still learning the technicalities while trying to satisfy your creative urges at the same time. How do you go about balancing those pressures?

I think now there’s this sort of thing that happens where the kids see people like Porter Robinson and at 17 years old they’re blowing up and playing these huge festivals. I think some of the younger kids have this expectation, wondering “why is it not happening for me yet? I’ve been doing this for six months, I should be playing Coachella already.”

I think the biggest thing about producing is getting to the point where you make confident choices. Learning how to make a choice, to stick with it and move on, to not dwell on it too much, to keep moving forward. A lot of times what happens is people spend a million years finessing some synth sound or trying to get the bass drum just perfect and it’s like: “you know what? All you’ve done is squash your inspiration.”

Learning your tools does take time but once you get to that point and you’re producing every day, then it’s just a matter of showing up. Even if you make garbage every day you’re going to be getting better. Daddy Kev, (who also runs Low End Theory), was a guest at my class and he brought his mum along because it's quite a prestigious conservatory. Kev says “look, if you want to make dope beats then make beats every day for an hour. In one year you’re going to be making dope stuff. My mother”, (you could see her being horrified in the background), “if she made a beat a day for a year, in a year’s time even she would be making dope beats.” I think there really is something to that.

What about for experienced producers? They face their own set of challenges.

I’ve had these people tell me that they have writer’s block. It does happen. Sometimes you’re more inspired than others. When those moments hit you need to honor that and just ride it out. Sometimes you sit down and you try to make music and it’s just not happening. I used this technique when I was writing my first record: I would sit there, close my eyes and I picked a starting point. Single out someone you knew in your life and send them a thank you love beam for the lessons that you learned together through your experience with them. Then go through your mental rolodex and think about everyone you’ve ever met and everything you’ve ever done and just send a thank you to each of those people one at a time. Let your mind go wherever it goes.

What that ends up doing is that it helps you connect to who you are and your unique point of view in this world. We all have a unique point of view that no one else shares with us because we all have our own experiences. And if you come to the writing process from a place where you’re totally connected to your own unique point of view, even if you’re making stuff that sounds derivative there’s going to be this emotional truth in it. I feel that’s the most important thing to have in music. I mean yes, there are dance floor bangers, but when people hear something and they connect with it on that emotional level, for me that’s my favourite stuff. This notion of honouring who you are, respecting yourself, being confident and showing gratitude that you even have the opportunity to be doing this, that’s really important. You could have Ebola or be living in the West Bank. The world is full of awful things all the time. But the creative process is where you can actually make something beautiful, give thanks and give back.