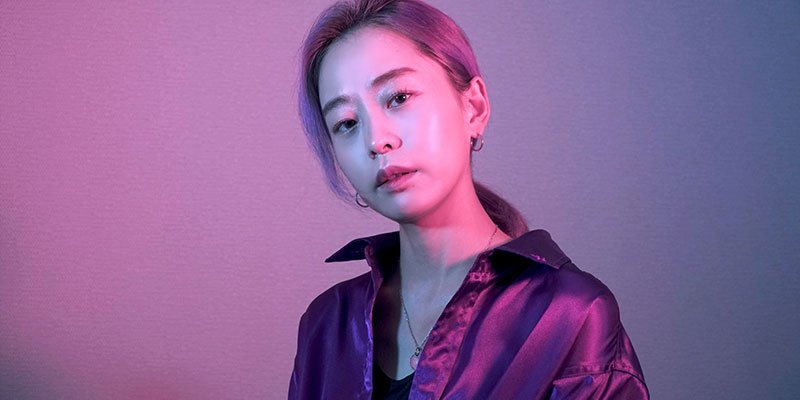 Some artists lay all their sounds and tricks on the table, then subtract and add things back in to complete a track. Others are builders, starting with core blocks of sound and patterns with space to breathe, then progressing with layers of increasing complexity.

Lee Sowall is a builder whose tracks – whether they’re full studio compositions or the popular pad drumming improvisations she’s posted on YouTube and Instagram – seamlessly increase in complexity. Similar to how great actors make an audience forget they’re watching a play, Sowall’s playing and track design makes you forget the individual elements of a track – it’s a lush forest, not a cluster of trees.

With a background as a jazz drummer, Sowall has also flexed her pop/rock chops as drummer and songwriter in The Temperature of Saying “Hi”, and has an impressive output as a beatmaker/songwriter under her last name. Whether pad drumming on Push, playing acoustic drums or electronic drum pads with sticks, giving lush synth and electric piano melodies space to breathe, or singing intimate love songs spiced with filtered bubbles, Sowall further embodies the age-old maxim on virtuosity – knowing when to play and when not to play.

While attending Loop to perform a couple improvisational sessions – including one lasting 90 minutes at a single tempo, and another featuring her collaborating for the first time with cellist Clarice Jensen – she sat down with David Abravanel and friend/translator Howon Lee to further discuss her music.

Looking at some of your videos, the way that you finger drum is interesting because you’re always on beat without an obvious click track. It’s very hard to do – what would you say is the secret to that? Does your background as an acoustic drummer contribute to your abilities with pad drumming? What would you say to someone who is trying to get to your level of finger drumming?

OK, so this is a really good question because I’ve been expecting someone to ask this question in all the interviews but you're the first one! [laughs]

So as an acoustic drummer and as a musician, it can be a good thing. It has its pros and cons, but I’m really obsessed with tempo. That can work for you or against you, but it sort of came naturally to me to lock in to the beat. But when I’m finger drumming I try to forget what I cared about when I was playing [acoustic] drums. So [finger drumming] has been sort of like a getaway kind of thing, to escape from that lock – I was just constantly just locked into this kind of tempo when I was constantly playing drums, but when I’m finger drumming I’m a little bit more free.

When I first started exploring finger drumming I didn't know it existed, because I never searched for it; I just did it because I thought it was fun. And so after playing [finger drums] for almost 10 months, I hadn’t actually looked it up. And then I was creating videos, without looking at other people who were doing it, because that way I kept my imagination quite free; and had a blast doing it. Then after a while I realized that there's a world of people doing the same thing, and I was quite pleasantly surprised of course, but that also kind of made me get a little bored. So I’ve kind of grown tired of it now…there’s beauty of not knowing, but I now know what everyone else is doing, so it kind of made it less fun for me. So I’ve taken a break from it and maybe if I get inspired again sometime soon, I will go back.

Also, when I make a video, most of it is just improvisation, so I can't reproduce it after I create a video. And if I actually likes some materials that I did in the video I’ll go back, listen to it and kind of train myself to re-learn the song, you know?

Going back to your background as a jazz drummer, you’ve also played acoustic drums for the pop band, The Temperature of Saying “Hi”. How did you find the transition from acoustic drumming in a band to finger drumming and solo beatmaking?

I still play acoustic drums a lot. When I first started, I was playing jazz  – and of course I still love jazz, and other types of music – but jazz has a sort of limitation to its form. I wanted to explore more ideas and all different types of sounds and music, and also network with other types of producers instead of only jazz musicians. I wanted to explore a bigger palette. That's how I first started producing music on the computer.

And finger drumming, I kind of started out as… I did it for fun, and got quite good at it, as you can see, but now I’m actually quite used to it. It's not so different from playing the actual acoustic drums, because a lot of music is kind of universal, right? So I don’t find it too different - it's just another instrument and it's a lot like playing through drums.

Sowall on FACT Magazine’s Against the Clock.

In your FACT Magazine Against the Clock video, you start by assembling a 4x4 grid of samples to work with in a way that you can perform an entire track live with it. How do you set up a sample grid so that you can both improvise and make a completed track?

I have this folder of my favorite sounds and music, so I can first go through the folder and just drag everything into a Drum Rack. I find Drum Rack more comfortable to use because I’m a player, a performer, I just work with drum loops and Drum Rack. I just put samples in, then filter some of those irrelevant samples out of the rack and work carefully to choose the sounds that I want to use for a particular set.

In my favorite sounds folder in Live are a lot of sounds that I actually recorded in the field, like water dripping or waves, things like that. So I use them to start an idea and then start making music. But I don’t necessarily use the same setting for my finger drumming stuff. In the studio I just use a keyboard and mouse in Session View and then explore different combinations. So finger drumming is really for performance; in the studio I’m more on the computer working with ideas.

My live set-up depends on the size of the venue or stage or the type of performance. But my  central piece in my set-up is Live and Push. Most of the loops are pre-arranged, and I will just make them interesting live during my set. I use a Roland SPD sometimes, depending on which songs, and I also use the Moog Sub 37 a lot. I sometimes play acoustic drums along with Push. I’ll create a loop and then move to the drums, so I use multiple synths and the extra drums along with Push and Live in the live set.

The press often describes you as a “beatmaker”, but listening to your album, Favorite, I was struck by the fact that the tracks are also strong songs. There’s great lyrics, and the chord progressions feel very emotional. Many of the lyrics are sung by collaborators – are you writing them all?

Most of the lyrics are written by me, and I write lyrics for other bands I’m playing in right now. I’m really interested in writing lyrics, and I have my own private book of lyrics that I write in every day as a journal type of thing. I keep the lyrics kind of separate from the songwriting. I don’t really think of the song when I’m writing lyrics, I’m actually really focusing on the lyrics. So whenever I find a motif, it could turn into lyrics or music.

As to the melodies, I like to take my time to write songs, and it takes me a really long time to finish one song. And I don’t really think of songs as a "song", you know: verse, chorus, verse, chorus. It’s a lot like my writing lyrics, so when I find like a motif I will then start writing a bit every day, just bit by bit. One day I write a bar for the song then the next day, bars for another song. I write tiny bits every day, and it accumulates and eventually turns into a song.

Made in Ableton Live: Mad Zach

Made in Ableton Live: Afriqua