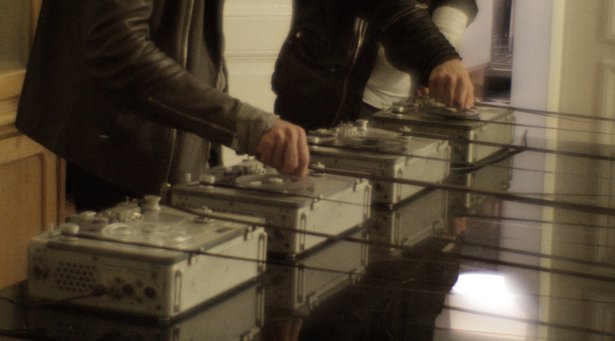 Like the traveler who wanders through it, the audible world is itself a living, constantly changing entity. How do you capture a place, a region, a landscape in sound? To what extent is a place defined by the sounds that occur there naturally? Do the sounds made by its inhabitants’ language, history and music enter the picture? And how does the person holding the microphone choose where to point it?

Soundwalk Collective, an international trio of artists based in Berlin & New York City, have been engaging with these and related matters for over a decade in recordings, live performances, installations, radio plays, multi-media presentations, books and videos. Their sound works, composed from field recordings they gather on expeditions to far-flung corners of the world, strike a fascinating balance between documentation and abstraction. The end result often takes the form of an immersive audio journey through a shifting narrative landscape – formed from fragments of both recorded and reflected-upon reality.

We recently talked to Soundwalk member Kamran Sadeghi about how the Collective conceives, composes and presents its work. 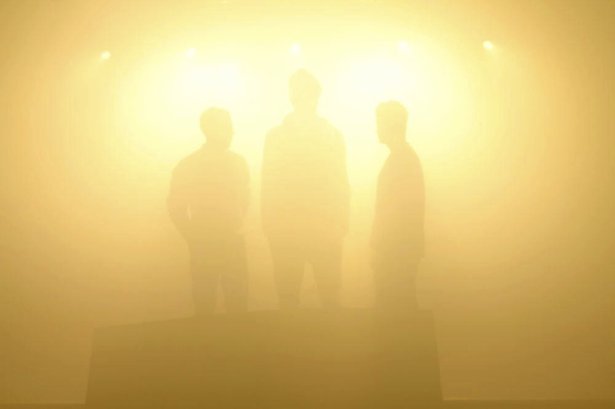 Who are Soundwalk Collective?

There are three of us: the founder Stephan Crasneanscki, Simone Merli and myself, Kamran Sadeghi. We all come from very different backgrounds and inevitably, all of our experiences and different approaches come together to form what we do. It all begins with the concept and our work is mainly field recording based and site-specific.

What are your backgrounds?

Originally my background is more electronic music, that was my inspiration when I was young, but then I got into avant-garde music and jazz and this kind of stuff. From there I went into music technology and I studied for about a year and a half and then just opened a recording studio. Later I started to focus a bit more on fine arts and sound art and also a visual component which was mostly generative, vector-based sound and image composition. So I was never just working with sound or just image, I was  performing and doing installations, working at a sound art gallery in New York. Now I’m mixing all of those things and doing a bit of everything…so yeah, that’s my background.

What about the others?

Stephan Crasneanscki is the founder; he’s the one who comes up with all the ideas, the concepts, the collaborations, the destinations. We’ll be travelling for three months at a time and recording sound in those areas. He does a lot of the research in this aspect and he comes from more of an art history background, a fine arts background. And then Simone Merli also comes from a sound art background, he is the bridge between the 3 of us, our internal world and the external world. He’s the one that glues everything together; from the concept to the performances he bridges all of it and is able to make us come together as a collective.

What’s the starting point for your projects?

Everything that we do generally starts with a place, a person or a journey; never really ever with a musical term or a musical direction. We do a lot of recordings ranging from shortwave radio to field recording, found sounds, old 78s [vinyl discs], these kind of things.

We usually follow a very strict structure with a lot of the work, so we end up with hundreds of hours of recordings that we then have to go into and catalogue, title, cut, put in folders, put those folders in other folders. It’s an endless structure and then once we get to the compositional stage, whether it’s for a recording or for a performance, we try to keep it within the original structure of the journey or the place, we really try to keep that ongoing when we’re composing the piece.

Is your Medea project a good example of this? 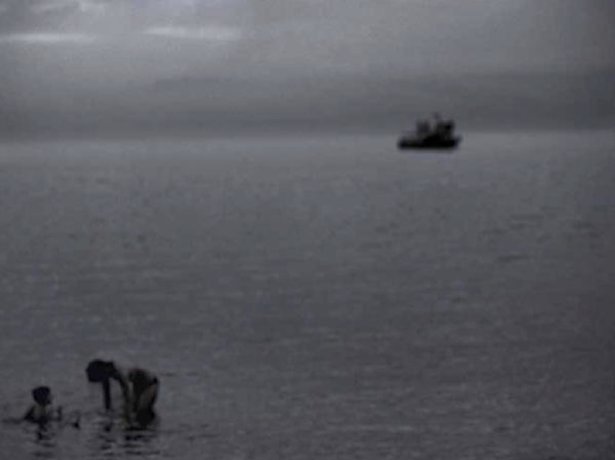 Yes, exactly. The composition, it’s basically a map. With Medea we started in Turkey and we went around the Black Sea and everything is based on the actual original structure of our journey. We have these grid-based compositions that we use when we’re playing live and they are based on time, location and specific instances in that frame.

How does this work technically? The starting point is the gathering of sound material and the end point is a performance or an installation, but what happens between these two points?

Well, first we try to lay out a basic structure, just to see what we have material-wise. Then we extract from that arrangement all the best parts, the ones we feel have either a musical quality or a narrative quality that has integrity. Then we arrange them in different channels; one of us will have the voices, another will have recordings from radio and the third person will have the field recordings – all of them, let’s say from Turkey. Then we start to play and make a multi-channel recording of us actually playing the material.

So you’re recording an improvisation within certain parameters?

Yeah, to generate material for the arrangement. Instead of, let’s say, drawing a movement in the Arrangement View, we try to take those elements out of the arrangement and play them live and then bring them back into the arrangement as variations and as more natural musical movements.

There is always a visual, filmic or photographic element to all your works. How does that get put together and what’s the relation between the sonic and visual elements?

Well Stephan is a photographer and he’s often filming as well, but we basically try to make a journal of everything we do when we’re moving. Sometimes we even have someone who comes with us and writes about the journey. So it’s almost like the visual aspect becomes more abstract than the actual sound. There was one piece that we actually used the imagery and followed it as a score – and this was just literally the desert landscape… 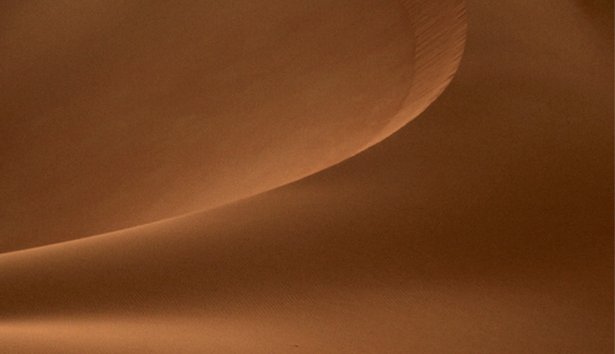 Which piece was this?

It was called Empty Quarter and it was a piece done in the desert between Oman and Yemen and we spent about three months there with shortwave radios and scanners recording conversations and music and whatever we could find in the middle of the desert.

The visual aspect has changed from being kind of internal to a collaboration with other people. With a piece like Berghain, the resonant piece that we also did for Arma17 in Moscow, this is different, we took portraits of the people in the club and then we used that as source material. Also, I have a background in vector-based video, so I take the image that Stephan would capture and we would create triggers for those images that would go with the sound and create more of a rhythmic visual component. The visual part is always a struggle for us actually, because sometimes we just don’t know what direction to go but we don’t want to rely on outside imagery or just your average vector-based video. 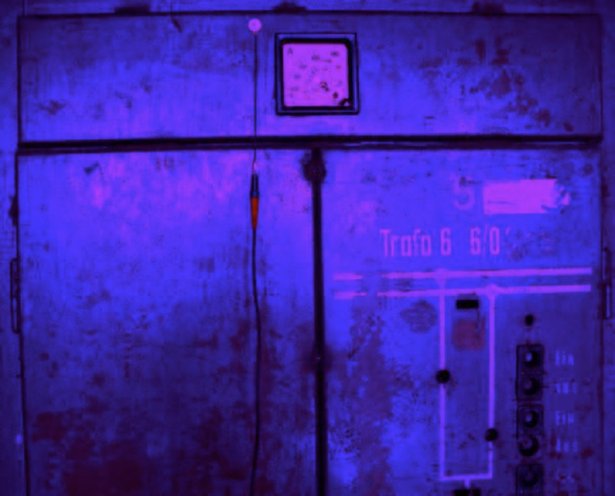 Can you describe the variety of presentations, installations, diffusions, and performances that you do?

Yeah, we almost cause more pain to ourselves with this because we never stick to one thing, we’re always trying new things. The studio is always changing as well because we’re never really fixed in one place first of all and second, we’re always changing our setup. Plus, we customize each performance and installation based on the limitations (or not) of the venue.

We never say [to a venue] “this is what we do so if you can do it then great, if not then no.” We say we can do a live performance or we can start the installation with a live performance or we can just do an installation and we generally customise it to the venue and the location so it does vary. We’ve gone from cutting our own dubplates and having these automatic turntables playing, like The Passenger at the New Museum and we’ve also done just video and sound diffusion for the Venice Biennial and these kind of things…I mean it totally depends on what we’re offered and what the venue is suggesting. 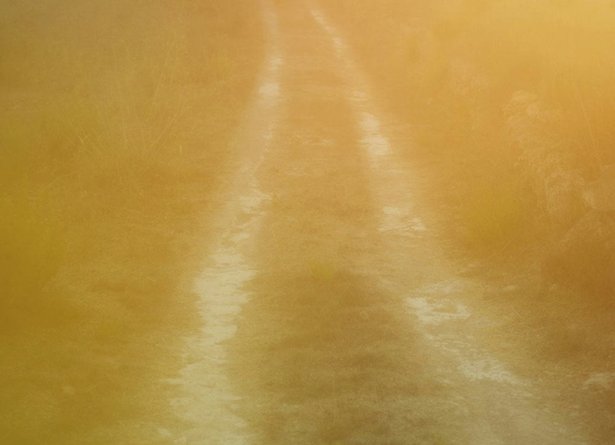 You recently presented a new work at Club Transmediale.

For Club Transmediale we did a piece called Killer Road which features recordings of Patti Smith’s voice reading some published and some unpublished poems of Nico from The Velvet Underground. For this for instance, our initial idea was to do a performance with Patti Smith but in the end we had to adjust the piece for the festival. We worked with [video artist] Lillevan, who created the visuals. We ourselves were behind the sound booth, doing a kind of sound diffusion, playing material back and EQing and separating some elements out. This piece took almost three years to make and more than anything, we wanted to share it. That’s why we didn’t shy away from compromises because the making, or the concept, they’re much  more evolved and stronger than trying to be present on a stage or something like this.

For the video we wanted – since we’re not on stage and there’s no real stage presence at all – to create some sensation of burning, heat, light…sun. Originally we had this desire to work with Olafur Eliasson, the sun piece.

But in the end, whatever creates an environment, and we’re able to put that piece into the environment, we’ll try and explore it. We do something different each time which makes it nerve wracking and sometimes pushes us up until the last moment. But I guess that’s just how we end up learning things and experimenting with the work, because it’s totally non-linear, it’s not a synthesizer, the source material…it’s endless what you can do with it.

There’s a lot more to hear, see and read at Soundwalk Collective’s website.