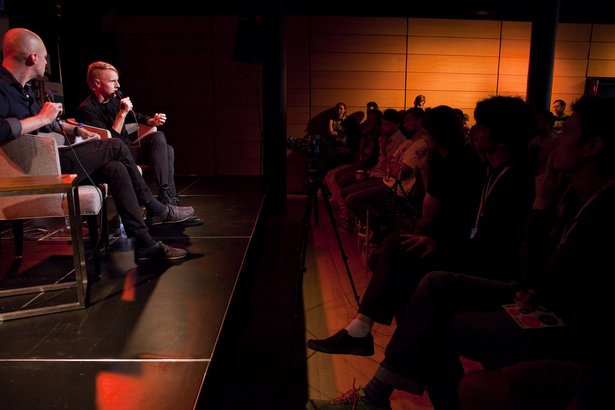 MUTEK, Montreal’s premiere event showcasing cutting-edge electronic music, new media, and culture, turns 15 this year - a milestone anniversary also shared by Ableton. For this special year at MUTEK, we hosted the Ableton Lounge - a space for artist talks and hands-on Push workshops. We’re pleased to share video of two of these talks, courtesy of MUTEK.

First, musician, academic, and early Ableton developer Robert Henke (aka Monolake) sits down for a chat with MUTEK co-founder Alain Mongeau. Topics include Robert’s latest project, Lumière, and the evolution of music technology:

From his pioneering techno as Plastikman to his legendary “Decks, Effects and 909” augmented DJ sets (now including Push), Richie Hawtin has established himself with over two decades as a musician with his finger on the pulse of cutting-edge music technology. At MUTEK, he spoke with DJ Tech Tools’ Ken Taylor about learning and building on his current, ambitious Plastikman live show, his ENTER club night series at Space Ibiza, and his studio production setup: