In 2011 Recondite emerged from the south of Germany with a poised and elegant brand of techno. Marked by a distinctly animate emotional core, his productions blur organic and synthetic processes into a melange that has reached far beyond the narrow realms of heady, heavy techno. His releases on Dystopian, Absurd Recordings and his own Plangent imprint are marked by an assured melodic instinct and an attention to detail that makes for crisp, intimate and expansive music.

Recondite is dedicated to building a palette that he can call his own. He is not so interested in the ‘playing’ of music in a performative sense, choosing instead to construct sound worlds out of shapes, edges and tones. A focus on field recordings and an aversion to ‘colour’ in the production process makes for music with an aesthetic that is as recognisable as it is unique. We talked about the enduring importance of melody, disappearing into technology and why basic sounds are vital to forming your own musical personality.

In your music I am always trying to pick out what’s a field recording or what’s a synth sound, which is pretty much impossible a lot of the time. I wonder specifically about the low end and the sound sources you use because there tends to be a lot of nice subtle variations on the envelope. What’s the story behind that?

I do a lot of this manually. I try to make variations on the velocity of certain sounds. Then I have the ability to change the velocity of every note and create variety over a long sequence. It gives a lot of change, especially in the attack of the bass sound, and this gives a nice variation to the groove.

That comes through in all the sounds you’re using. There’s a fairly constant change of parameters.

You can do that easily when you just play it. But I’m not a player. I’m more like a design, architect sort of person. I play almost nothing but the melodies.

It’s funny that this method works for people such as yourself, because there is all this focus on achieving this sort of organic variation through hardware, when really you can do it all yourself if it suits your personality sitting at a computer doing that.

That comes back to one reason. The reason why I do this is based on one thing. I enjoy doing nothing physically while I make music. That’s something I really love, shutting off my physicality. That’s a mental thing. I don’t mean this esoterically; I just want to go in a zone where I forget about my physicality. I would love to be able to plug my brain into the computer, that’s what I would love to do. I don’t like to play the parts. I’m not interested in it. I’m interested in injecting my personal mind and mood and character into music. To be honest if I want to ‘play’, I play video games.

That’s the beauty of electronic music and the beauty of software and its possibilities. It almost gives you this chance. Even on an airplane, you’re sitting there in your small chair for 10 hours and you don’t know what to do and then sometimes I plug myself into Ableton. Obviously on a plane you don’t have anything, no MIDI keyboard, nothing; but still you can lay down a really good beat, have an idea and put it into music and you don’t need anything, just a laptop. That’s the future, in terms of making music. Finding solutions to making music with Google Glasses, by moving your eyes, shit like that. That’s a very interesting future thing.

You have a pretty distinct and refined sense of melody. How important do you think melody is to techno? Do you think it is important in making a track endure?

I think the melodic thing is, for me personally, the quality that makes a track interesting. It’s what gives the track personality, an easily identifiable personality. A certain sort of drum programming or a percussive, special way of playing a bongo could give personality, but that wouldn’t be as obvious as a melody. If I have something to say, if I have an emotion that I would want to explain or display, I want to make it kind of obvious too, even though the melody itself could be something very hidden or obscured, like the sort of abstract emotion you don’t get in pop music for example. An emotion that would be something apart from the regular thing you hear everywhere, maybe a little bit sad sometimes. A unique atmosphere. That’s the reason why I have a lot of melodies in my music, because I want to display my emotions in a good way, making it comprehensible to people but also displaying this kind of emotion which is not so commonly out there. 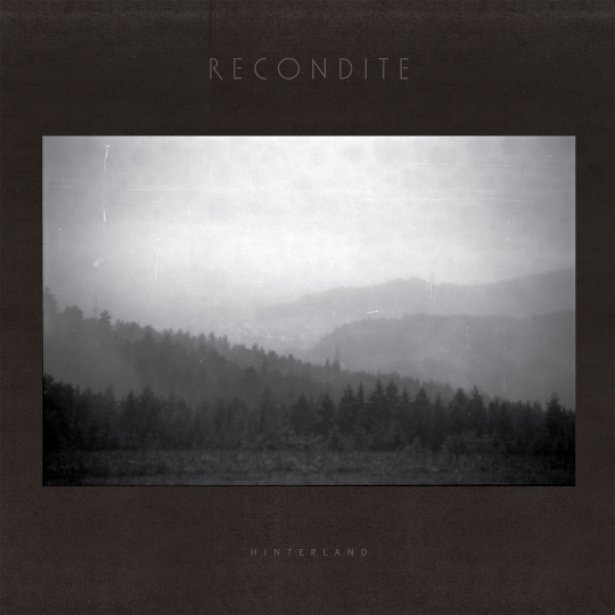 Especially in techno it seems that people are afraid of being unashamedly beautiful. A well-constructed minor inflected melody is quite striking when paired with a nicely developing synth tone, yet often producers seem to be a bit conservative when it comes to using melody.

There are many reasons for that I think. I think in techno music people find melodies become cheesy very easily, so they are afraid of using them. That is one point. Another is that techno artists sometimes are very straight forward, very structured, sometimes even very cold people, and they just don’t have it in them. I’m going to put it out there like that because I experience it a lot. They have other things in them, like complex rhythms and big sequences that twist your mind, but they just don’t have the melodic part. That’s why I think not everybody does it. Everybody finds their own way.

In regards to what you said before about losing yourself in the software and not playing so much in a traditional performative sense: how did you feel about your gigs picking up and dealing with the expectation of being a live performer? Were you comfortable moving into that world?

Yeah. I never tried to adapt to what I thought people would expect. I never tried to fulfil any kind of expectation I thought would be there from the audience or promoter. I was sure that if I do what I’m comfortable with, then it is going to work. If I tried to change things too much to a point where I don’t feel comfortable and fulfil the expectations of other people, then I would fail. I decided to make it as easy as possible for me. I tried to be as authentic as possible. I never was about showing off. If I would go onstage now with a drum machine or a synthesiser, some external hardware, that for me would be showing off. If I don’t use this stuff at home why should I bring it on stage? That’s just crazy, to show off like that. It’s not going to work.

I move to my music, I close my eyes, I show that I like it, because I do like it. I always play a lot of new material because I produce a lot, so I can always change it up and it keeps things interesting for me, so most of the time I’m really enjoying it. I think that’s something that people see also. Sometimes I even feel like a DJ; I have quite a comfortable feeling, no stress. I don’t have a huge pile of hardware with complex cable routing in front of me. I don’t have to keep paper notes next to me with the order of tracks I have to play because I’m completely overwhelmed with my ten fingers already because I have to twist 56 knobs. That’s not what’s happening for me.

What are your primary tools for building synthesiser sounds?

I only use the Ableton stuff. Nothing else. For my On Acid album and on an upcoming EP for Acid Test I use the Acid Lab Bassline because it’s just a perfect emulation of the 303. It’s even better in my opinion, it gives you additional possibilities. But other than that it’s all about Operator. It’s the only synth I need. I don’t even use Analog or Tension.

That’s why I love Ableton Live, because it’s the most basic piece of software there is. Those EQs are nothing. They are just EQs. If you buy all the Waves EQs, they’re really expensive and have a distinctive sound. You can almost tell when people work with them, and they do sound really good. But they give you a colour. And I don’t want colour. I want to create my own colour. So I need a basic synth or a basic EQ or a basic filter, one that just does its job, nothing else. And that’s Live for me. That’s also the reason why some people say Live sounds like shit, because it doesn’t give colour. In my opinion Logic gives a lot of colour and that’s why some people say it sounds better, because it clears things up a bit. But in Ableton Live, if you want it to sound good, you have to make it sound good, and if you don’t make it sound good, it won’t. Live is a lot of work, but it gives you the possibility to create your own sound. As soon as things sound good from the beginning before I process it, then I have problems. I want to start with basic sounds.

It seems like you’re quite the opposite of what a lot of people are feeling right now. Everyone is seeking colour, some sort of extra vibe.

Because like everything in the world, people want things quickly. They want it instantly accessible. They want it to work from now to the next moment. And that’s just not going to work if you want to make something distinctive.