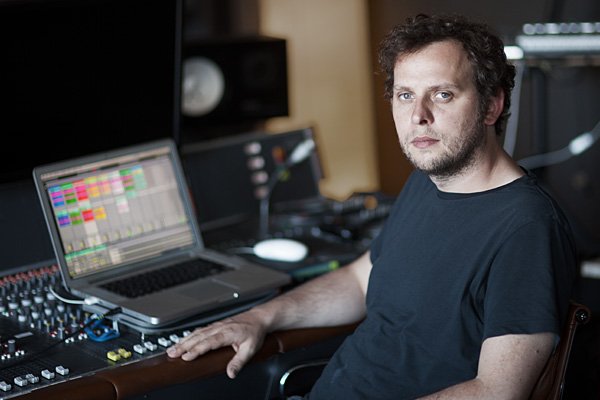 On his latest album, Black Boulder, Berlin-based producer and DJ Carsten Aermes aka Phon.o explores the vast terrain between post-dubstep, bass music, 2-step and deep house. In this interview he reveals interesting production details and provides a complementary Live Pack that includes many of the sounds used on the record.

You've always taken your music into new territories. What led you to the sound of Black Boulder?

A lot of time has passed since my last album as Phon.o (Burn Down The Town, 2005), and after the CLP project (Chris de Luca vs. Phon.o, 2007 - 2009) I wanted to develop further musically. I began to occupy myself with harmony, something I didn’t know much about before. I couldn't listen to all this aggressive plastic stuff anymore. I wanted tracks with more defined song structures that could work without vocals. Above all, I wanted tracks that I as a DJ would like to play. I wanted something suitable for the club, but that could also work as a listening album that you'd put on at home.

What labels or genres influenced you on Black Boulder?

My background, and what I grew up with, are labels such as Basic Channel, Chain Reaction and the M series by Maurizio. These influences can be heard on Black Boulder, especially in the texture and patina of the chords and pads. I was into dubstep from early on, back when it was still called grime, but to me it became monotonous and depressing pretty quickly. One could say that there is a "post-dubstep" influence, whereby the "post" is important, because dubstep has all these wobble sounds that I simply hate.
Also, there are a lot of house elements on the album, especially in the basslines. For me, this isn’t taboo: I like house as long as it isn't cheesy.

While producing Black Boulder, was there anything you did that was completely different from previous albums?

Yes, definitely. I've always used Ableton Live for deejaying and live performance, but forBlack Boulder I began composing with Live for the first time. On my earlier albums, I began my tracks in another sequencer and quickly found myself in the typical time-line trap, having to commit to a particular song structure from early on. But for Black Boulder, I composed each song in Ableton Live – initially recording individual elements into clips and then improvising with them for a while. For me, this was an effective, productive and liberating way of working.

Were there any other on-board features in Live that helped you with your composition?

Absolutely. Something that I really used all over the album is the combination of Live's Chord and Arpeggiator devices. When these two MIDI effects are connected one after the other and are sent a single note, Chord turns that note into a chord which Arpeggiator then takes apart and converts into a sequence of tones. If that's not enough, another instance of Chord can be placed after the Arpeggiator. This way, simple notes can be turned into rhythmical sequences of chords.
For me, this is a great way to expand my own personal creativity. Often, the melodies and figures that come to mind – or are in my fingertips – are quite similar to each other. MIDI effect combos like this one provide fresh ideas that I might not have otherwise arrived at on my own. On Black Boulder, the results of this method can be heard, for example, at the beginning of “Nightshifts” [marimba and tom sounds] and on “ABAW 723”.

So when you've come up with an interesting musical idea using a MIDI effect combination, do you record that as audio or as MIDI?

Usually as MIDI. Initially, I play around with the Chord effect, trying out different settings until I find the changes that I like. I record the result as MIDI notes on another MIDI channel. This is an aspect of Ableton Live that I really like; the audio and MIDI routing is very flexible and easy to understand. So doing things like routing the MIDI output of one track to the MIDI input of another track is no problem, even for beginners.

There are a lot of interesting beats on the album. How do you develop these elements?

I usually record the individual parts in real-time, but being that I'm not a perfect instrumentalist, I often have to correct them afterwards. For the correction, I usually don't use a standard quantization. Instead, I shift the individual beats around until it sounds like what I had in my head.
For some parts I also like using external groove quantization from Live's Groove Pool. One of my favorites is the groove preset “MPC 16 Swing”. I set this anywhere between 54 and 65 or 70 max – any more I find to be too much. Some elements I quantize to 100%, but I also leave a lot of things imprecise – this makes for a good combination of “perfect grooves” and human variation.
With other elements, certain hi-hats for example, I used the “2Steps” quantization [Groove-Pool -> Other]. This pushes the volume levels down in such a way that even grooves that were originally completely different suddenly acquire an interesting 2-step feel. Because it bends the groove so much, I sometimes use it to surprise myself and generate an elements of randomness.

Another aspect of your grooves are the rhythmically pumping pads and chords. How do these come about?

All the bass and synth sounds on Black Boulder are processed via sidechain compression. This is also really easy with Live's flexible signal routing. To do this, you place a Live compressor after a synth, and open the compressor's sidechain parameters by pressing the triangle button. Then you activate the sidechain mode and choose the “audio from” source, for example the kick drum channel. By setting a fairly strong compression, the synth's volume gets “pushed down” with each hit of the kick. That's how the rhythmical pumping comes about – very important for the grooves on my album.

Were there any other Ableton effects that you used much on Black Boulder?

Well of course EQ Eight, which I think is really good. Some of my other favorite tools in Live are Grain Delay, Redux and Ping Pong Delay, among others. In addition, I also really like Robert Henke's Max for Live effects.
Overdrive is pretty good, but I often find Erosion to be the more interesting choice for making sounds dirtier.

Operator is my absolute favorite. I use it for percussion sounds, bass, synths and organ sounds, for example, the organ on “Nightshifts”. Some people are put off by its somewhat technical appearance, which is a shame because Operator is really cool and sounds good.

When it comes to bass, a lot of people swear by analog synthesis. Yet you use Operator, an FM synth. How come?

True, for bass a lot of people seem to favor Moog sounds, but not me. I like the Operator bass precisely because they don't sound like Moog. When you get down into the really low frequencies with Moog sounds, you can just about hear every sawtooth oscillation and the sound loses density On the other hand, because it's an FM synth, Operator stays compact and dense even at the very lowest tones. This way, you can have very short bass tones that still have a lot of punch.
What a lot of people also like about Moog is how fat it sounds, but you have to consider that it also takes up a lot of space in the audio spectrum. This makes it more difficult to mix and leaves less room for other sounds. I do like Moog sounds, but more for other things, such as warm, droning textures.

Why do you use Operator to make percussion sounds?

For percussion sounds such as toms, Operator has the advantage that you can easily tune the sounds. Sure, you can tune samples too. But since you usually don't know the original tuning you have to go by ear, something that is especially difficult in the bass frequencies. By contrast, in Operator you can adjust the tunings directly. Perfect tuning is very important, especially with drums. If even just one tone is out of place, you can sometimes lose up to 4dB of signal and you're left wondering why the drums aren't punchy or sound nervous or disharmonious.
I like layering sounds, so for drums, I often use Operator for the tonal component and then layer samples on top – but usually not the typical 808 sounds.

Where do the samples you use on the album come from?

About half the sounds that you hear on Black Boulder are included in my free Live Pack. Many of the samples are from older records or CDs, and just about all the samples are layered with other sounds that I recorded myself. One could say that all the layering makes the sound muddier, but to a certain extent I like this richness it adds.
On the album, I often placed atmospheric samples, noise, etc., really low in the background because I just don't like digital silence. This noise is often lightly modulated, usually by Live's Auto Filter with its LFO running free [low LFO rate in "Hz" mode], thus imparting the sound with a bit more liveliness.

Listen to amedley of Phon.o's Black Boulder album or learn more about Phon.o.