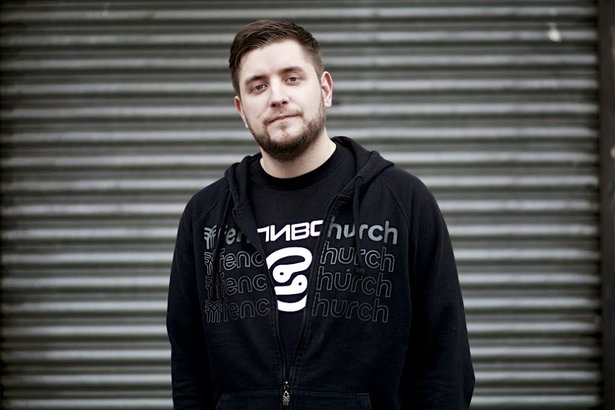 As a musician, engineer, live performer, DJ, and Ableton Certified Trainer, Simon Stokes plays many roles in his musical life. Working with classic hardware and cutting-edge software, Simon’s music balances a love for pristine, timeless sounds and new techniques for production and performance. His latest project, Petrichor, has seen release on the venerable Soma label (based in Simon’s hometown of Glasgow, Scotland). We recently caught up with Simon to discuss his favorite tracks growing up, producing in the studio, performing on stage, and the advice he’d like to impart to aspiring musicians.

You chose “Petrichor” as a name in part as an homage to your childhood. Which songs/tracks would you say defined that time (or define the nostalgia for you now)?

Growing up in Scotland, petrichor was a big part of your life as a bike-obsessed child. In those days my musical tastes were largely passed down from my older brothers or from tapes that I recorded from the radio. This meant a lot of hardcore music inspired by Tom Wilson’s ‘Stepping Out’ radio show, moving into trance in my teens. A defining moment for my musical tastes was when Laurent Garnier’s ‘The Man with the Red Face’ came out. My older brother was big into his house and techno at this point but I didn’t really get it. He sat me down at the decks and explained why the intricacies of this track made it great rather than the builds and drops, and I was hooked from that point. Having Laurent now supporting my own music has been bananas.

Hardware is an important part of the Petrichor project – can you describe your setup with hardware and Live/Push?

I love changing my setup all the time as I discover new ways of working – I’m an unashamed geek for music technology and Live has always been at the centre of it all. The Petrichor project has been about getting back to using hardware and recording tracks in real-time as much as possible, and this has meant going back to a Mackie 1642 VLZ3 mixer with drum machines, Rhodes, synths, outboard effect units and tape delays running in real-time. Live is primarily firing out MIDI and recording back the audio for my recording sessions, and I aim to have a track as complete as possible after recording. Then the nitty-gritty stuff is done within Live to complete the track – hardware and software are never mutually exclusive for me, they have to be used as a team.

The project also has a big focus on Live performance, and for this Push is my favourite device ever. The first time I used Push I fell in love with it – I used it to perform at Amsterdam Dance Event within a week of first touching it. I’ve completely re-written my live set to be based around Push. So my current live setup is Push for playing some drums and synth parts within Live; an MFB 522 for drums; an Elektron Analog 4 for various other synth parts and some small controllers. This allows me to create new ideas and tracks on the fly but keeps everything really safe and fun on stage, so I’m really happy with it. For now… 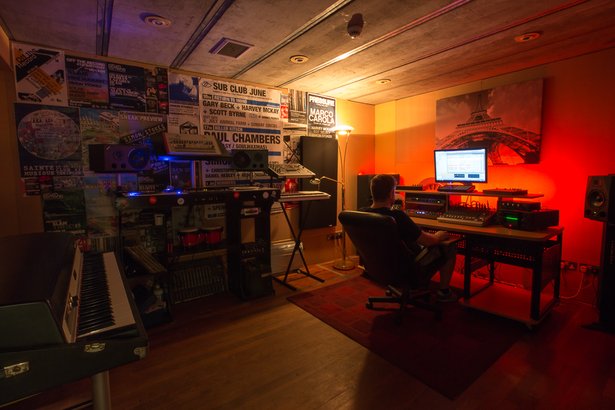 You’ve got a background in mixing/engineering as well. For many, mixing properly can be a difficult task. Do you have any one particular tip that you think really benefits a mix in Live 9?

As someone who works with other people’s mixes all the time as a tutor and in an engineering and mastering context the advice that I am giving out time and time again is: STOP USING COMPRESSION! It’s hilarious when you’re watching YouTube tutorials and you hear someone say ‘OK, now create a sub bass line then add a compressor’ without even thinking about it, as though you can’t create a sound without using compression. With the Petrichor project I try to avoid compressors completely unless I really need one to sort out spikes in a recording or something. Removing dynamic range from your track removes emotion in my opinion, so if you’re trying to make music with any subtlety to it then ditch the compressors first and work on your mix without them. If you can nail your mix without compression, a mastering engineer is going to make it sound incredible!

Other than that, getting intimate with Spectrum is a great thing and can help you identify where you’re going wrong in your mixes when you get to know it inside out. Load in tracks that you love and look at them on Spectrum to familiarise yourself with what you’re looking for.

“Shoogler” consists of two filters and four modulators, allowing for a number of different routings and effects. Can you share some of your favorite setups? What about some real-world examples of tracks where you’ve used The Shoogler?

Shoogler was born out of a mutual love of dub-techno chords between Shoogle Studios’ M4L guru Robert Goldie and myself. It’s amazing how much a sound can be transformed with just a few tweaks of a multimode filter, but it’s when you start to add a load of modulation that your sounds can truly come alive.

Robert worked at finding a really simple way to integrate loads of modulation possibilities into a dual-filter device that makes it fun to play almost straight away. In fact, my productivity in the studio has been decimated because I can’t help but load up a sawtooth wave chord, add some delays before and after Shoogler and just start messing with the LFO’s – within 2 minutes it’s possible to invoke the spirit of King Tubby. This is what’s great about Max for Live – being able to develop effects that perfectly suit how you love making music is amazing, and that’s why we’re launching our new Max for Live course taught by Robert to get people up and running with making effects and instruments, as well as to demystify Max for Live.

As far as using Shoogler in current tracks goes, this is a brand new effect so it’s not on anything that’s released yet. However, I’m currently working on my first ever album and Shoogler will be featuring heavily on it if I can get beyond just tweaking it endlessly with an ear-to-ear grin.

How does Push factor into your current studio setup? Your live setup?

Push is pretty much the centre of my setup just now, in the studio and live. Even though I play piano myself I have moved to having Push in front of me when I’m jamming in the studio rather than a full keyboard, since it lets me build up beats and ideas in the fastest way possible. I’ve been so busy recently with different projects, developing courses and teaching that I’ve not had a lot of time in the studio just for pure enjoyment, so being able to get up and running really quickly is a big factor for me. I’ve recently taken a delve into the world of modular synthesis as well. I’m using Push as a step sequencer to fire out MIDI to the Analog 4, which then converts it to CV / Gate signals and sends onto the modular.

In a live context, Push is the epicentre of my whole setup too. My live set has 5 or 6 tracks that I can flick to with Push and jam with, building up synth loops, adding drums or playing in Rhodes-type sounds and effects for example. For those in Brighton and London I will be talking about my live set and how it works at the Brighton Music Conference and the London Electronic Music Event (LEME) as well as performing a version of it before the mighty Legowelt at LEME.

How did you approach Soma about the Petrichor project?

I’ve always been a big fan of Soma – it’s hard not to be in Glasgow. Slam and the rest of the team at Soma have been instrumental in developing the electronic music scene in Glasgow into one of the best in the UK over the last 20 years, and the label itself has had loads of important releases in techno history.

When I was releasing music as Simon Stokes I had some dialogue with Soma about demos which I had sent over, but they weren’t quite the right vibe for the label. With the Petrichor project, I had sent out an initial demo and two big labels had immediately said they wanted to release them, but it didn’t feel right to me. It’s important not to jump into signing tracks if it doesn’t sit quite right with you - you will probably regret it afterwards. I fired off the demo to Soma and within a week I’d been in for a meeting and the release was scheduled, happy days.

Since then I’ve had another release and I’m working on some big stuff for later this year and 2015! I also teamed up with Soma to launch ‘Soma Skool’ from Shoogle Studios – a series of courses focussed on electronic music production using Ableton Live and Max for Live. My passion is teaching others how to produce music and this has been a great way of spreading the love.