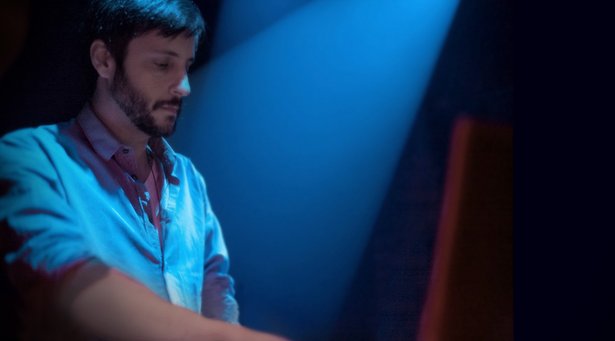 Given how impeccably organized his Ableton Live Sets are, it’s a bit ironic that Noah Pred co-founded a label called “Thoughtless Music”. Then again, as his new album, Third Culture, demonstrates, he has a way with unspoken depth and music that lends itself to getting lost in rhythms and sounds. Third Culture is the culmination of a few years of flux, including the launch of Thoughtless, and a move from Noah’s native Toronto to Berlin.

In addition to his career as a musician and DJ, Noah is an Ableton Certified Trainer, working as an instructor for the likes of AskAudio/macProVideo and Noisy Academy in Berlin. We recently met up with Noah to discuss his history as a musician, writing an album while moving, and his advice to students on making music and navigating the current industry landscape.

You moved to Berlin a couple of years ago. Was Third Culture written mostly in Berlin, or was some of it written in Toronto?

There were a couple tracks that were started in Toronto but 90% was written here in Berlin.

Do you feel like the move to Berlin affected the music?

I’m not going to say the move to Berlin didn’t affect it. I think that music as a form of self-expression is obviously affected by anything that is going on in someone’s life - but in addition to the move here, there were a lot of other intense things happening for me around the time I was writing the record, and that’s how it came out for me. Part of the adventure of the creative process is always discovering new ways of doing things and new sounds to explore.

Did you have Push already when you were working on the record?

About a third of it was written before I got the Push and then I would say two thirds of it was material generated with Push. So definitely Push’s fingerprints are on the album; at least half the tracks, the core melodies and rhythms were generated with Push in some capacity. I do think it would be a different album without that instrument. 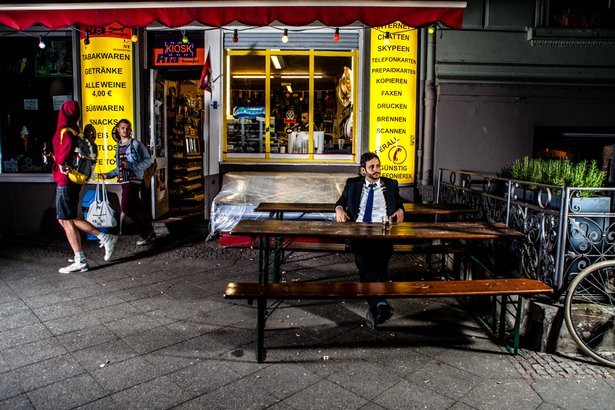 Can you walk me through a bit of the studio process with Push?

The most important thing, Push or not, is my tracks always start in the Session View. I’m always jamming and improvising there as much as I can. But every track is different in terms of whether it starts with a rhythmic idea or a sample or a melodic idea. On Push, usually the first thing I would do is go to the Step Sequencer for the drum racks, I have a lot of custom drum racks I’ve made and just so easy to get into it over Push to set up some interesting rhythms that provides the backbone of whatever sort of melodic stuff will come after. Then I have some MIDI effect racks that I use quite often for different chord voicing and whatnot but then the next step with Push is sort of figuring out which scale I want to explore and then going from there with the different instruments.

The set that you’ve shared with us for the title track “Third Culture”, it’s really impeccably organised.

That level of organization is arguably a bit obsessive on my part, but it’s also born out of a system I’ve devised to ensure that I can bring tracks from that really improvisational mode and the session to a completed project in the arrangement and there are a bunch of steps I go through whereby they tend to take that general sort of organisational shape.

I’m curious to hear a little bit more of an expansion on your process of going from loops to a full track. Can you share more of that process with us?

The first step is I do a pseudo-sequence of the clips in the Session View. I pre-prepare, for example, all my drum clips so I get a master drum clip, and then I figure out how to start. Then, I’ll deactivate all the drum parts that I don’t want the track to start with, and then I’ll duplicate that clip and activate the parts that I want to have come in next, because the deactivated notes are already in that master clip.

While there might be mistakes to be corrected from this jam, and obviously more playing and editing from that point, it captures a certain raw kinetic energy and an intuitive imprint from an actual moment in time. I think it conveys an energy that can be missing when things are just sort of copied and pasted strictly in the Arrangement View. Of course I’m tweaking parameters while that’s all happening. Then once I’m in the Arrangement View it’s all about doing my automations, figuring out all the transitions, editing, making sure there’s desired impact or flow -  and then it’s the mixing process after that. 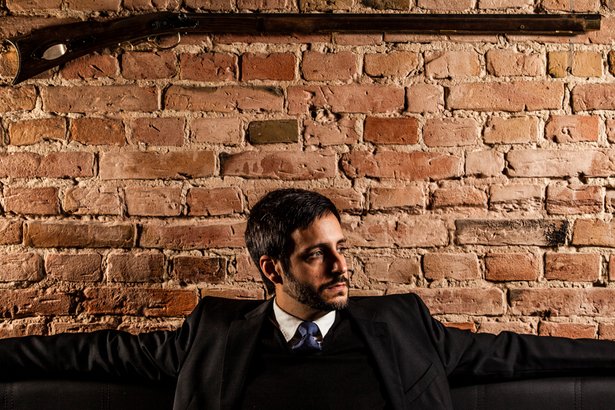 That seems to be a difficulty for many aspiring producers: moving from the jam to the finished track. Is that something you encounter in your students a lot?

It’s something I try to press upon my students in a lot of the classes I give. I share with them my multi-step process for getting tracks from an improvisational sketch to a finished product. Everyone’s creative process is different though, I never try to say there is a right way and a wrong way. I have a system that works for me and I do like to share that with my students.

As a successful artist yourself, what do you say to students who are concerned about being heard in this kind of market right now? It is really flooded and it seems like it is really hard to get your name out there.

You also mixed the album in Live. Can you tell us about your custom channel strip (included with the “Third Culture” Live Set download)?

What I do is I end up grouping all my tracks into different busses based on the types of sounds - all my drums get bussed together, and all my sort of lower frequency stuff I’ll usually bus together, and then so my mid-frequency stuff I’ll bus together and I’ll put one of these track busses on there. The entire album was mixed in Live using these Ableton plugins in Live 9, which I really love. There’s a Dynamic Tube to warm things up a bit if needed, a Saturator with a sinoid fold - I usually just use that blank without any alteration of the settings, just having it on the sinoid fold seems to really just thicken up the sound in a really nice way. Then the Glue Compressor, which just sounds fantastic to me. It’s got a gentle dynamic alteration with a nice sort of coloring to it that I think is based on the modelling that it was coded from - and lastly, the new EQ Eight on the end to make sure that everything is falling into the right part of the spectrum.

And what’s up with the low-mid-notch that appears by default?

That’s usually for my bass sounds. There can be some mud between 2-300 Hz so if you move that low-mid-notch macro all the way to the left it turns it off.

So that just feels a little more like an analogue mixer then?

Yeah, it really warms, I encourage everyone to try it! On a bus or on a normal track. Another thing that really improves the workflow with the album is the default track setting. All my default tracks are at -7dB to give me as much headroom as possible for the final mixing stage.