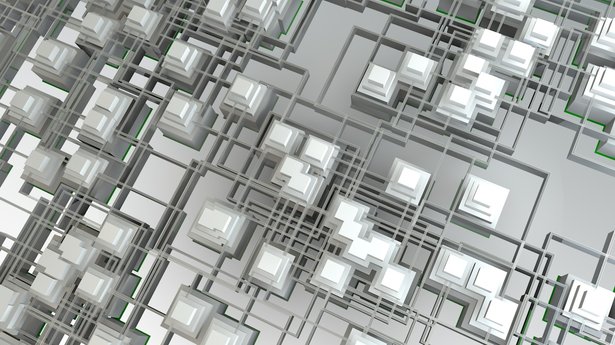 Still from the video for "Decompress"

You're probably already familiar with the work of artist , programmer and academic Nicolas Bougaïeff, though you may not know it. As one of the founding members of Liine, Nicolas shares credit for bringing apps like Lemur, Griid, and Kapture to iOS. Nicolas is also a techno producer, having released solo and with collaborators like Max Cooper.

For his latest release, the Decompress EP, Nicolas has drawn upon his PhD dissertation work, which found him linking the minimal techno of friend and collaborator Plastikman aka Richie Hawtin to the pioneering 20th-century minimalism of the likes of Steve Reich and La Monte Young. Watch the video for the title track below:

For "Decompress", created in Live, Nicolas utilized a custom Max for Live MIDI Effect Rack he calls "Reich Delay". Built upon multiple M4L MIDI delays from the Covert Operators, the "Reich Delay" adapts the structure of Steve Reich's piece "Four Organs" for a sequence played with Operator. Nicolas has made a free Live Set available featuring this delay and the kick drum, bassline, and Operator patches used for "Decompress" - download it free (note: requires Live 9 Suite and Max for Live to run).

Want to learn more about Nicolas's work and Decompress? Head to Create Digital Music for an in-depth interview about this innovative new release.