In this video you'll see the band's exciting performance and find out how they work on stage with three interconnected computers running Ableton Live.

Everything the band needs for their performance is contained within just one Live Set, running on each of the three MIDI-synchronized computers on stage.

Because each song (or part of a song) has its own scene in Live, the band can freely change the song order and spontaneously loop sections by simply triggering the corresponding scene. 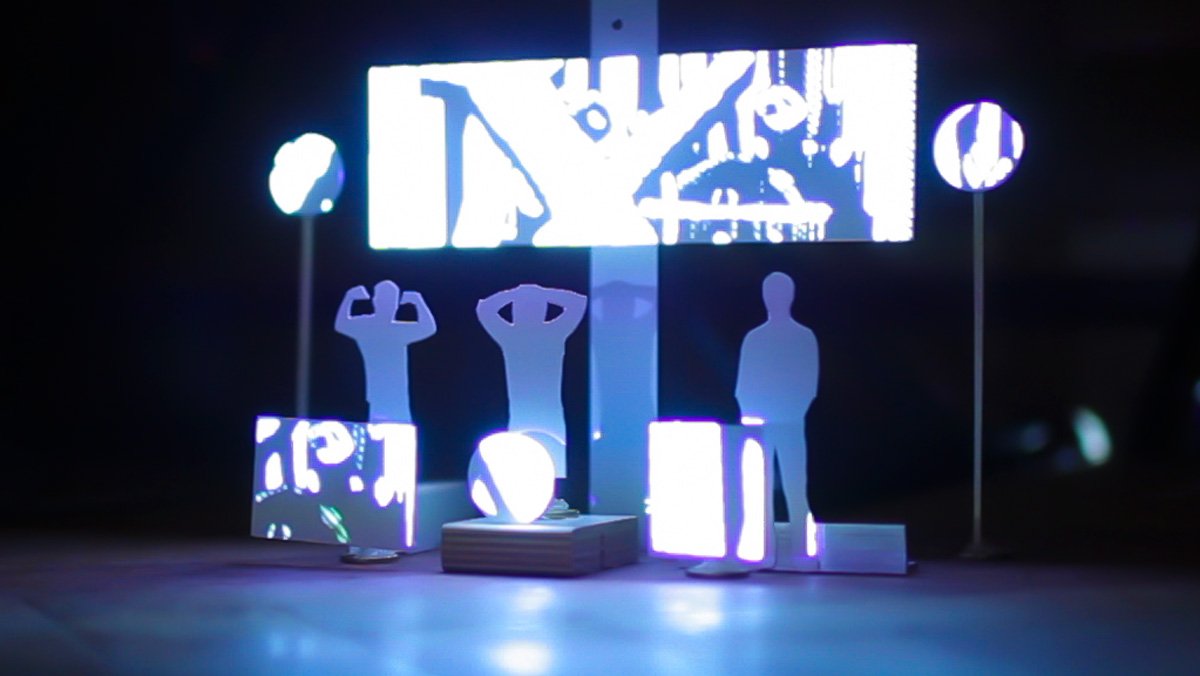 For the Parastrophics tour, Karl Kliem aka 'Dienststelle' developed the projection mapping visuals using Max from Cycling '74. Because the musician's computers on stage are running Max For Live, they can send real-time data – using just one network cable – to the graphics computer. Information such as the audio mix or the current song position form the basis for generating the visual effects. The resulting video projection reacts to the music and follows every Live scene change. 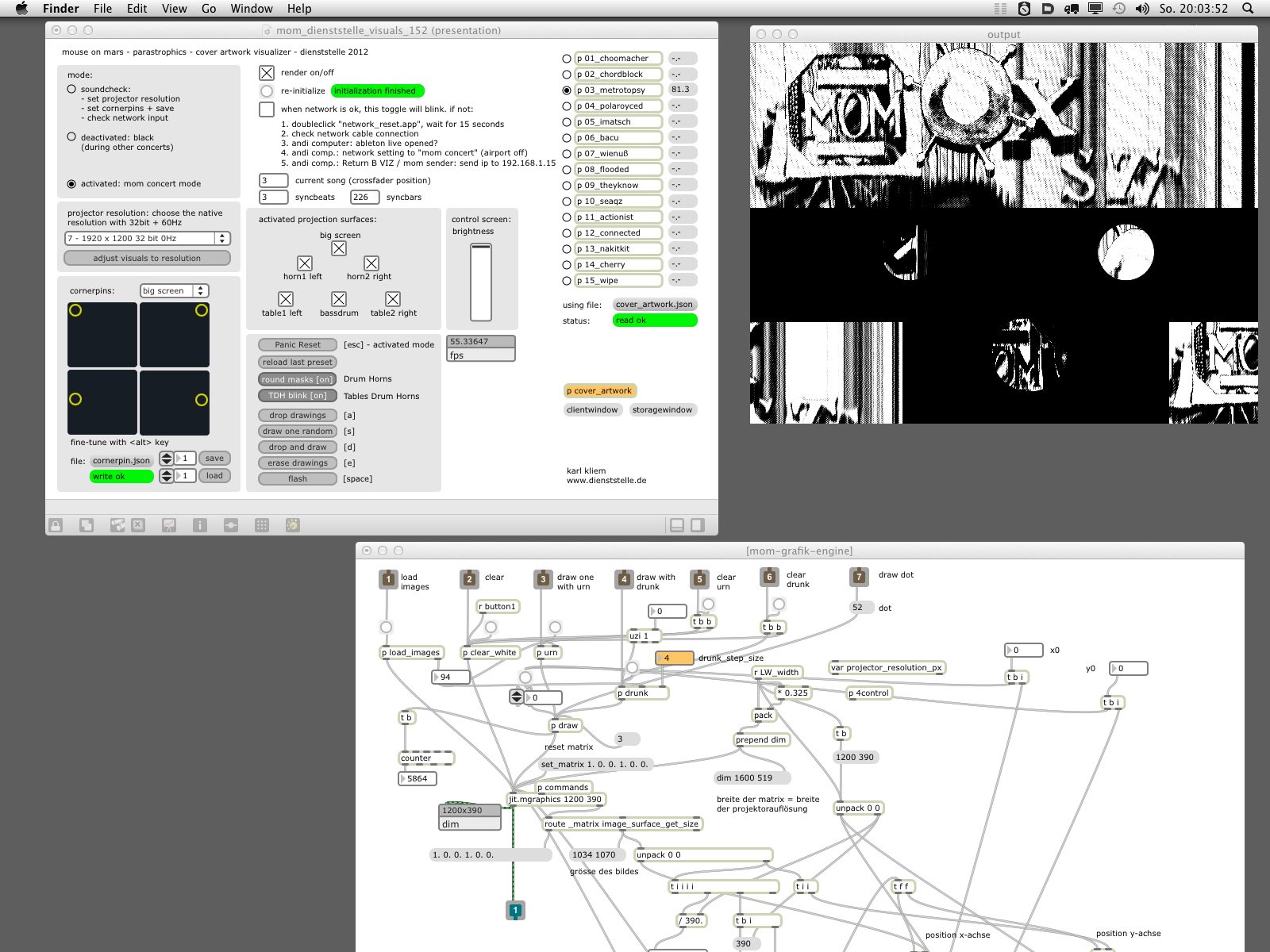