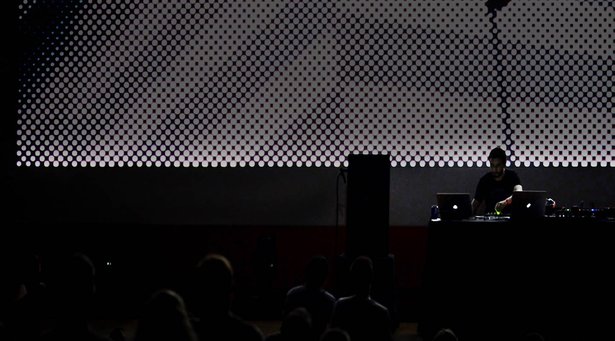 You may have not heard of the concept of emergence but it is deeply embedded in the world around us. Emergence is a force that has shaped the universe since time began and it continues to steer life as we know it. Broadly speaking, it is the process by which small properties interact to create more complex phenomena; it’s water molecules forming crystals and bacteria evolving into living organisms. Exactly what emergence means depends on whether you speak to a biologist, philosopher or chemist – for trained geneticist turned producer Max Cooper, it’s the conceptual framework for his new audio-visual live show.

Connecting sound design, musical structure and visual motifs with emergence is a seductive combination. Imagine if your music could evolve with the beautiful symmetries that formed the universe and life itself? We went deep with Cooper to see what’s happening beneath the dizzying concept and how universal laws affect all music.

When did you first come across the concept of emergence?

Science is about reductionism and learning simple laws and rules that you can use to explain natural phenomena and processes. You might be learning simple equations for governing how gas molecules interact, yet the reality is a lot more complex. Emergence is inherent in that. It’s the idea that these simple laws manifest in a much more rich and multifaceted manner in the world around us than any one scientific perspective can explain. Emergence isn’t a concept you’ll be taught at an early stage but it’s always lurking beneath the surface. Whenever I did learn it, whenever that was, it seemed a natural extension of what I already knew. It’s a general principle that has allowed me to bring all sorts of different ideas into the show. It’s a great way of drawing on the natural beauty that exists in scientific data. There’s so much beautiful data out there.

Where do you see emergence manifesting in music?

Granulation is a great example of musical emergence – taking an infinitesimal sliver out of one sound and using that as a starting point for a whole new piece. I’ve always loved little micro details, clicks and glitches. In the live show I’m using the Grain Delay or the Monolake Granulator in combination with a lowpass filter which is mapped to parameters effecting the visuals. I filter in these audio glitches which gradually start deconstructing the image into visual granules so that you get this synergy between audio and visual. That’s one way of trying to tie the concept and process together. A lot of the show is about the reverse of that as well, where you start from something obscure then things will emerge and form something tangible. You’ll see some mess on the screen and then it’ll start slowly morphing into a recognizable object. So I can deconstruct as well as construct.

I’m always searching for ways of taking a sound and really mangling it up so that you can’t tell what the source is and then also doing that in reverse. So you get the emergence of this interesting sound or vocal from what seems to be a mess. That transition from chaos to order is something which I love.

Max Cooper explains his setup for the Emergence live show

So how does this storyline reflect emergence?

The storyline is about emergence but it’s told on a universal timeline. The show starts before the Big Bang; we look at the distribution of the primes, the structure of numbers in mathematical form and the idea that natural laws existed before the universe came into being. Then you get the Big Bang through to star formation and planets and eventually early life and evolution. Later on you’ve got humans arriving who begin replicating out of control, leading to the capitalist machine and the slightly nightmarish, unbalanced situation we find ourselves in today. Obviously that part of the storyline is dark and negative, so at that point the music becomes much more aggressive and menacing, whereas a lot of the early parts are more beautiful. The storyline pushed me toward a certain progression of emotions that are slightly different than I might have made otherwise.

Do you see any universal laws in music?

Natural laws are just patterns. They’re something which defines how things interact that were true a billion years ago and are true now. There’s symmetry there and it’s a pattern across time. And music is also patterns in time, patterns in sound waves, so there is that very deep link between what music and natural law.

Humans have evolved to look for patterns in our environment and our enjoyment of music is potentially a reflection of that. When we find pattern we enjoy it, and because we enjoy it we look for more of it. That’s why we’re so successful as a species. That’s why we have control over our environment and understand things the way we do. You could apply the same reasoning to why we like music, because it taps into this basic urge of ours to find patterns.

Keep up with Max Cooper on Facebook and Soundcloud

Photo and video by Sam Mardon