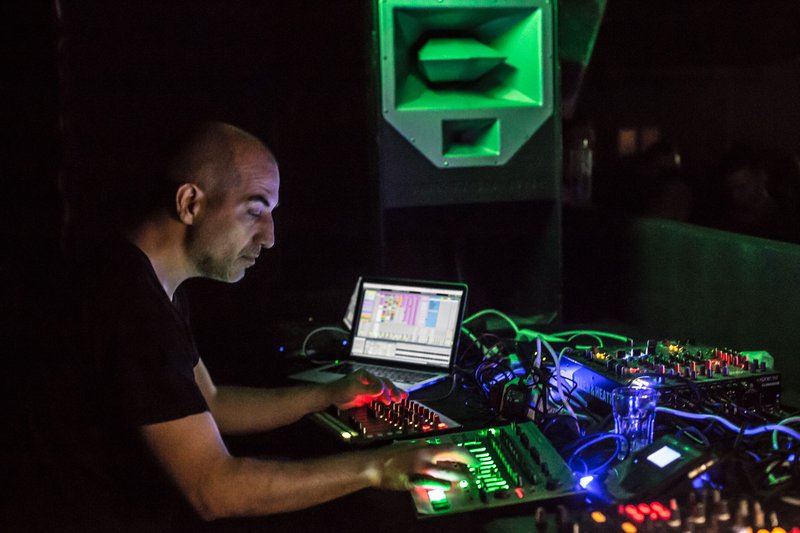 Items & Things main man Marc Houle has been performing live sets the world over for more than ten years. Often working with unreleased and hence unmastered material, there were times he felt his set couldn’t match up to the sheer volume and density of whatever came before him. In his quest to step up to the full-fat sound, he decided to start an experiment to “throw a little hot sauce” onto his existing live set.

“If I was following some DJs throwing out some pumping hard techno,” Houle explains, “I would follow up with my set, and a lot of my music was missing the sub bass and the layers of drums the DJs had. I decided to make a little experiment and make a bunch of sub bass lines and other beats to back up my regular set.”

This experiment became known as Buji Tek – so named after the sound of the rhythmic thrust of the subs and drums Houle was crafting to give his set extra impact. What started as a simple combination of elements rolling in the background behind his existing live set gradually gained complexity as he sought to make these embellishments more varied. Now that Houle has developed the project to a level he is happy with, he wants to share it with all Ableton Live users so that others can benefit from what he has created and push the concept further.

The layout of Buji Tek is relatively simple, comprising channels for kick, sub bass, noise bass, snare, sound effects and hats – all of which are loaded with a variety of audio clips. For anyone familiar with Houle’s style, the sound content of Buji Tek will be immediately familiar. However, the set is far removed from a static collection of loops. Houle created this set of sounds to work semi-autonomously in the background while he commandeers the components of his usual live set, and therefore the clips are set up with a multitude of carefully prepared Follow Actions, meaning that the same combination of sounds will never be playing for too long.

“It’s always morphing into the next beat,” Houle explains, “so you don’t get a loopy feel to everything. There is no real control over how things morph so it’s kinda fun and new to me as well.”

As well as cycling through clips populated with patterns Houle has generated, there are also silent clips in each channel which will sometimes trigger in place of audio, so that different parts get taken out of the mix at different times in the automatic triggering cycle. As Houle himself admits, “I’m not sure all my methods are the classiest, but for me it’s what I need.”

One of the key bits of automation Houle has engineered into the project comes in the form of the Effects channel. Using the Max for Live device Map8, he has created a range of two, four and eight bar effects fills from filter sweeps to reverb swells that can all be triggered by hitting an assigned key on the keyboard. He also created the Autopilot clip to fire off these effects clips automatically (after an appropriate length of time) to leave him free to focus on other aspects of the performance.

“When I play this thing on its own, it’s fun and everything but it was missing the breakdowns and filter actions that DJs do,” Houle points out, “so the effects automation was born. The only problem with this is that you need the Max for Live plug-in which won’t be available to all users, but then you can just do it manually.”

As well as the Effects channel, the whole sound of Buji Tek runs into a Thru channel that has a filter applied to it. Although of course this and any other parameter of the Live Set can be assigned differently, Houle maps the filter to a slider on his controller as well as assigning one to the master volume and one to the bass, allowing him to control how much presence the main sonic aspects of Buji Tek have in the mix.

Another of the subtleties in the design of Buji Tek is the Sounds channel, which defaults to a Send loaded up with the Deconstruct preset in the Beat Repeat device. “I did that to alleviate the constant 5/13 snare clap issue,” Houle explains. “It adds some snare rolls here and there to change things up a bit. I think in future versions I’ll expand on this a little more.”

For now though, he’s ready to release the project to the world, hoping to see it mutate as other Live users find ways to tailor the content and functionality to their own performances. Is there a risk other less adventurous users could simply roll out the existing template and pass it off as their own?

“The uniqueness of my sound comes more from my melodies and basslines so I’m not sacrificing too much here,” Houle suggests. “You could just run this thing on its own and stand up there and not play other tracks along with it, but it would be kinda soulless.” 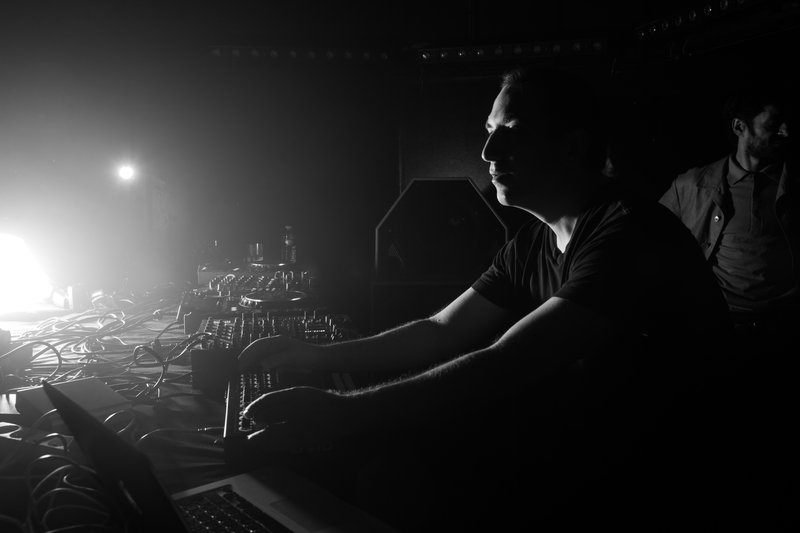 There is perhaps a stigma that lingers around laptop-orientated live sets; that the technology is there to make it possible to do very little on stage and let the software do all the work. Undoubtedly artists have done so in the past, but Houle prefers to look at the positives in the situation.

“Even if someone did make a completely self-generating live set,” he states, “it would have taken lots of time to go through and prepare everything. I’ve learned to never shy away from technology and to care more about the possibilities than the downsides.”

Whatever the case, he sees the potential for this project to develop beyond his own imagination as it makes its way into the wider production community. Thus far he has put as much as possible into the project in between gigs and in the odd bit of downtime at home, but there’s more work to be done.

“The whole thing was pretty much a fun experiment so I didn’t go too crazy for this first version,” he admits. “I did enough for there to be a constant change and flow, but I could see this thing growing into some giant monster one day. It would be nice for others to add to it and add to it to the point where you hit play and, for weeks after, it just generates techno music.”