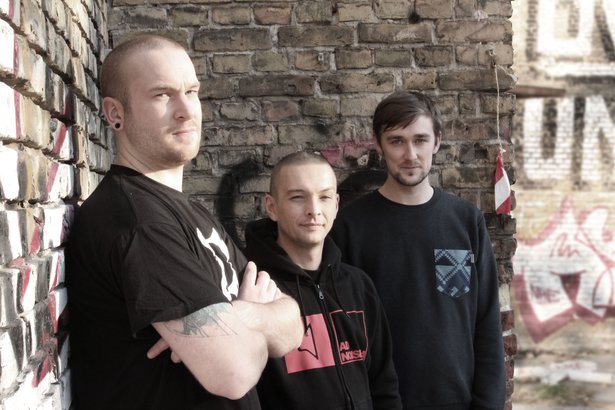 Music history might prefer to celebrate singular composers and performers, but real musical development and progress comes from community and collaboration. In the case of Mads Lindgren aka Monolog, Rory St. John, and Simon Hayes aka Swarm Intelligence, community has taken the form of collaboration, growing club nights at friendly venues, and an annual festival, Burn the Machine, as a showcase for the bass-mangling sounds coming from a group of Berlin-based musicians.

From different musical backgrounds and countries of origin, Mads, Rory and Simon collided in Berlin and helped to form a new scene around venues like Subland, labels like Ad Noiseam. All three artists play Burn the Machine festival in late October/early November - as they have each year since its inception. Beyond their DJing and production careers, the three are also Ableton employees. We recently sat down with Mads, Rory and Simon to discuss moving from the studio to the stage, playing together live, and sound design.

How long have each of you been making music? Under which monikers?

Rory St. John: I’ve been releasing music under a few different names over the years but for the most part just Rory St. John. I did a couple of releases under UniNerves, which is kind of a more deep electro/electronic type of vibe. That's more seeped into my take on techno these days. I'm currently working on another project that is back-to-basics techno, which is more four to the floor dancefloor stuff. My own name goes in any direction that it takes me.

Simon Hayes: I’ve been producing as Swarm Intelligence for quite a while. I've been using Live for ten years or something. I also make music with Mads as Diasiva. Myself and Rory also play together quite a bit. I've got a couple of releases on my own label, Stasis Records, my first EP was on an Irish label called Invisible Agent, the latest one's on Acre recordings, a Scottish label. And yeah, maybe Ad Noiseam!

Mads Lindgren: I started off with some metal projects in '96 playing nu-metal, sort of like Meshuggah style, totally all balls-out, very heavy abstract music, and then everybody left for the capital of Denmark so I resorted to my FastTracker at the time, that was '99, and by 2000 I had my debut album ready to go on TInder Productions and since then I'm counting somewhat 19 releases on different various labels - digi, LP, CD, mostly vinyl. Lately I've found my home on Ad Noiseam and I've been playing on the Berlin jazz scene.

Rory, your latest EP Astroakoustic features a lot of meticulous editing - a lot of exact sound design, it sounds like. How did you go from the loop process you were discussing to putting together these specific arrangements? Or, does the arrangement come together more during the looping process?

Rory: It kind of does, but within a certain range of possibilities, so I tend to create a lot of effects racks or scenarios that lend themselves to these modulations. It might be a case that the effects rack or even just looping things out at different lengths gives the idea of looping, but it can also give the idea of modulation where the length is not locked to the tempo or it's some sort of different time signature so that the loop actually sounds like it's changing over time, but it is quite steady and consistent and I'll just drop these in at regular times to give the effect of loads of stutter edits or loads of heavy distortion. They're really just my own little personal devices I usually have. When editing, I have tracks of different instances underneath that are muted and just have them on a line across the arrangement and just grabbing sections as I go. In Live's arrangement view it's really easy to do that, and then there's also jamming with my APC40 or Push with effects racks makes that really easy to do, to kind of give it the human input again. 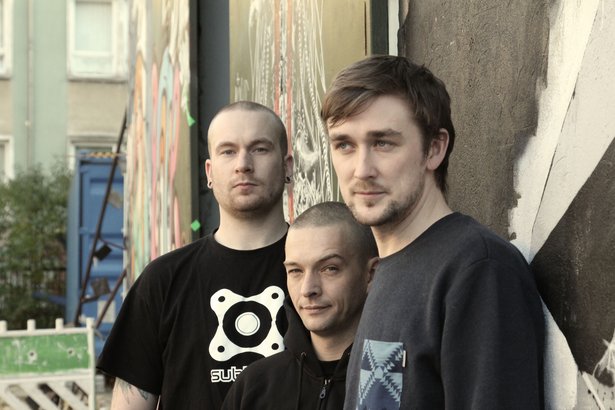 Mads and Simon, what is the workflow like when the two of you are working together as Diasiva?

Mads: The material is coming from many numerous spaces and also some of it is not compatible just being thrown into a session, but it definitely helps sketching out the same material and slight variations, doing the additional session recording. The basic chaining will start with the routing, where you actually have to catch the mouse and start sending that track to this track and back into this track and side-chain it to this and that's when the song and... When you're doing a piece of electronic music basically, creating a new song and a new texture would be kind of the base of it, and when you start to have sounds that will mark a new song then you have to bend it into shape and make it all correlate to each other because also you have a kick drum that doesn't fit with the bassline, the pads are stealing room from the hi-hats and so forth, that's actually where you start to go into the routing of Ableton, where I also find myself grabbing bars from time to time, but on the other hand there's not really any host that's more modular that Ableton Live when it comes to sidechaining, gating, doing dynamic effects in between tracks and maybe have a little kinky Max for Live device sitting between those chains always helps a lot. That's basically what's available in your browser when you sit down and start doing your basic skeleton of a song in Live. My solo stuff, it mostly starts with a mixture of jam on synthesis, listening to field recordings, and maybe even a friend made a new weird little pcb prototype that'll set off some ideas in our heads, and that's where the Diasiva stuff starts usually.

Simon: We kind of separate out the various sessions; we might do a sound design session, get some weird ideas going. One of the last things we did was connecting some external gear into this magic box that Mads made, it's basically an amp inside a sealed tube, a sealed box with mics inside. So recording some weird stuff from that and taking the raw audio, put down and processing it further. Then we have other sessions which would be full arrangement editing and tweaking. Then we have all the staples in the live set, which we like to separate from the studio stuff.

Simon, you’re doing a workshop at Burn the Machine this year?

Simon: I'm doing a Push workshop. Mads did one last year on field recordings, which was really good.

I'm going to try and do stuff to appeal to various different people, like people who have never seen Push before, people who do have Push at home and will probably know the ins and outs of it, and people who aren‘t even really interested in Push but want to see Live in action.

My sessions generally start off with sound design or I might try a certain idea I have in my head, it might be with hardware or it might be with Live or a plug-in and the song structure will generally come from that. So I'll sketch a lot of ideas in session view, and that's when I think Push really comes into play for me.

Simon and Rory, the DJ set that the two of you did recently at Subland, was that a back-to-back set from you guys?

Rory: Live and Push, some external effects and a mixer with a couple of channels, so the two of us really bounce off each other, we have a rough idea of the set and we were playing for like four hours.

Rory: The back-to-back thing works really well in those cases because you have time to sit back and get a feel for the night and get a feel for the ambience and the atmosphere, and one of us will always take it in another direction. We kind of have two separate but not conflicting ideas of the way the music should sound, but there's usually a good medium that can be found in between.

Simon: The two of us are also on the radio show together - Stalker Radio.

There’s a great video (above) of Diasiva playing live at Subland, with the camera vibrating.

Mads: That's a 4500 watt subwoofer, in a nutshell [laughs]. But basically the Diasiva live show is more or less an extension of what I've been doing live and what Simon has been doing live, whereas I took some elements from this improvised jazz and divided everything in three saying that there's a bass phenomenon that you have to keep going and there's stuff that you can keep going with - basically there's no plan for the live set, there's no setlist, there's no tracks being played, it's just guys playing with little Legos and make them fit together in the live situation, which is part of the thrill. Everything is very highly combinable, technically fluid that we can change basslines, we can change drums, we can change pads, whatever we see fit. I have a highly modular live set as does Simon, so we decided on very easily divided roles, because I'm playing Friday and Saturday this time around and to avoid playing the same live set twice, I'm only acting as the drummer in Diasiva, so I'm doing the drums and Simon is playing the bass.

Looking at now three years of Burn the Machine, do you have any particular reflection or thoughts?

Simon: All you need to do is to look at the Ad Noiseam label to know one of the curators really knows his stuff, and then Dean obviously as well, Dean's been pushing Subland for a long time so the music is gonna be top notch, I mean every year we've been there it's been a great atmosphere, nice people.