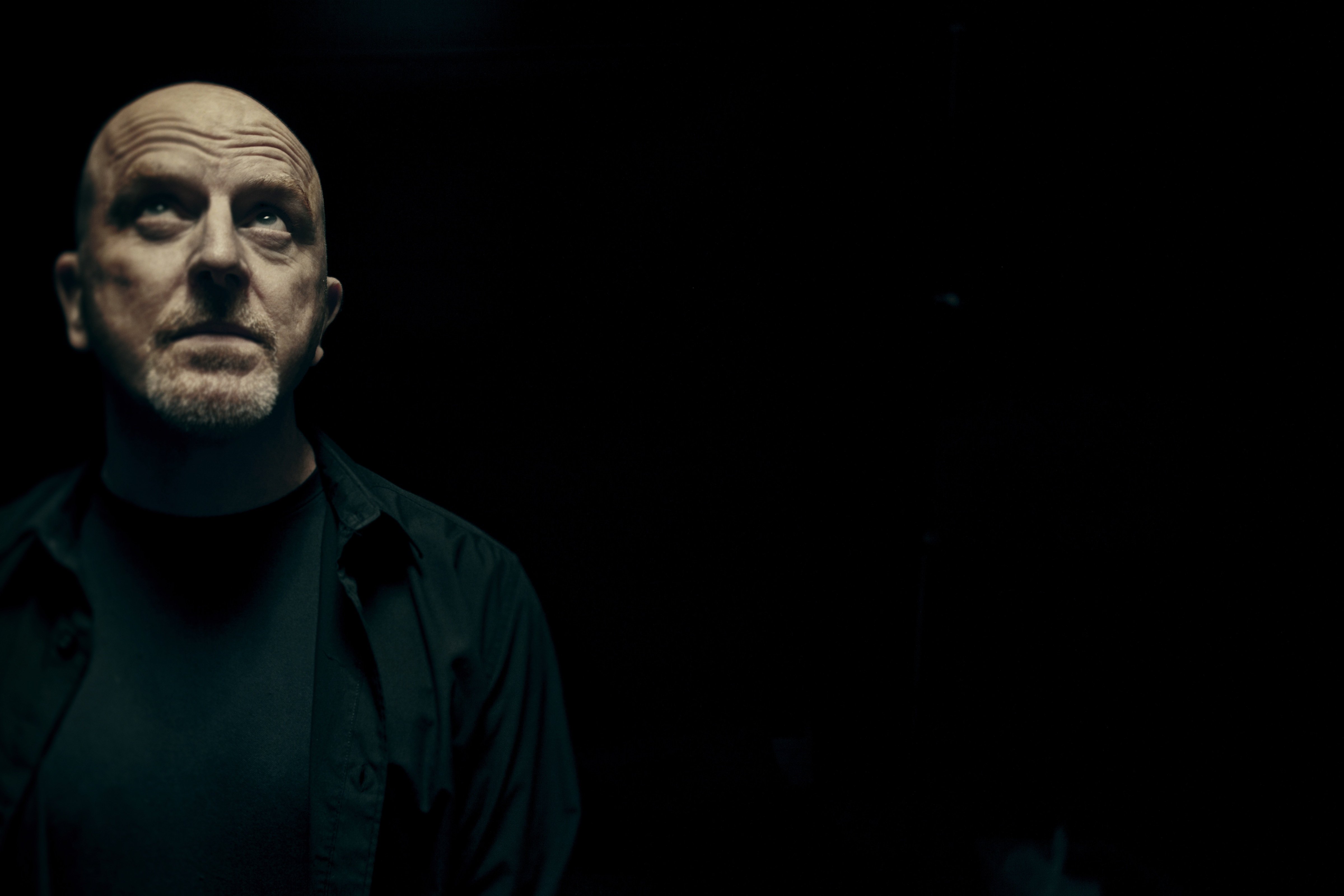 In recent years, “dark” music has had a resurgence. With the popularity of acts like Demdike Stare and Raime, and labels like Modern Love and Blackest Ever Black, there’s a new generation of industrial and dark ambient musicians influenced by pioneering predecessors from the 70s and 80s. More than a few of these newer acts owe a debt of inspiration to Brian Williams, aka Lustmord. As an early pioneer of industrial music, Lustmord went on to define the dark ambient genre with his atmospheric and enveloping releases. After nearly three decades of focus on studio productions and sound design for film and video games, Lustmord recently started to perform more actively as a solo artist. We spoke to Brian about his influences, how he would like people to receive his music, improvising live, and his history with different technologies.

Your new album is titled The Word As Power, and yet there are no intelligible vocals or lyrics.

There's very deliberately no lyrics on it. With my own music, I try to do something that's timeless. Obviously, technology is a factor in how you can sometimes tell what period something is from, but with my own music I try to create something that's timeless. That idea extends to this album. It's about words, but I like the idea of it not having actual lyrics, because once you add lyrics it'll be in a specific language. There's a lot of clues as to what's going on and there's common threads in a lot of my albums and there's a lot of layers. This album, the artwork actually gives away more than usual - mostly clues and little keys to send people on their way, but the actual interpretation is up to the individual.

Are there hidden elements within the actual music of your albums?

Well, not on all my albums - the really early albums are a little more basic, but there's all kinds of stuff in there that you'll probably miss, or they're very brief or usually they're so subdued in the background or they're layered on top of each other in a certain way, the fact that they're there - or there's a certain instrument used, or a certain significance in the sound or the place. Early on I used to go to specific locations and stuff. All that stuff adds details and layers, and I think taking care of the little stuff is what really makes the difference, rather than just one broad canvas. 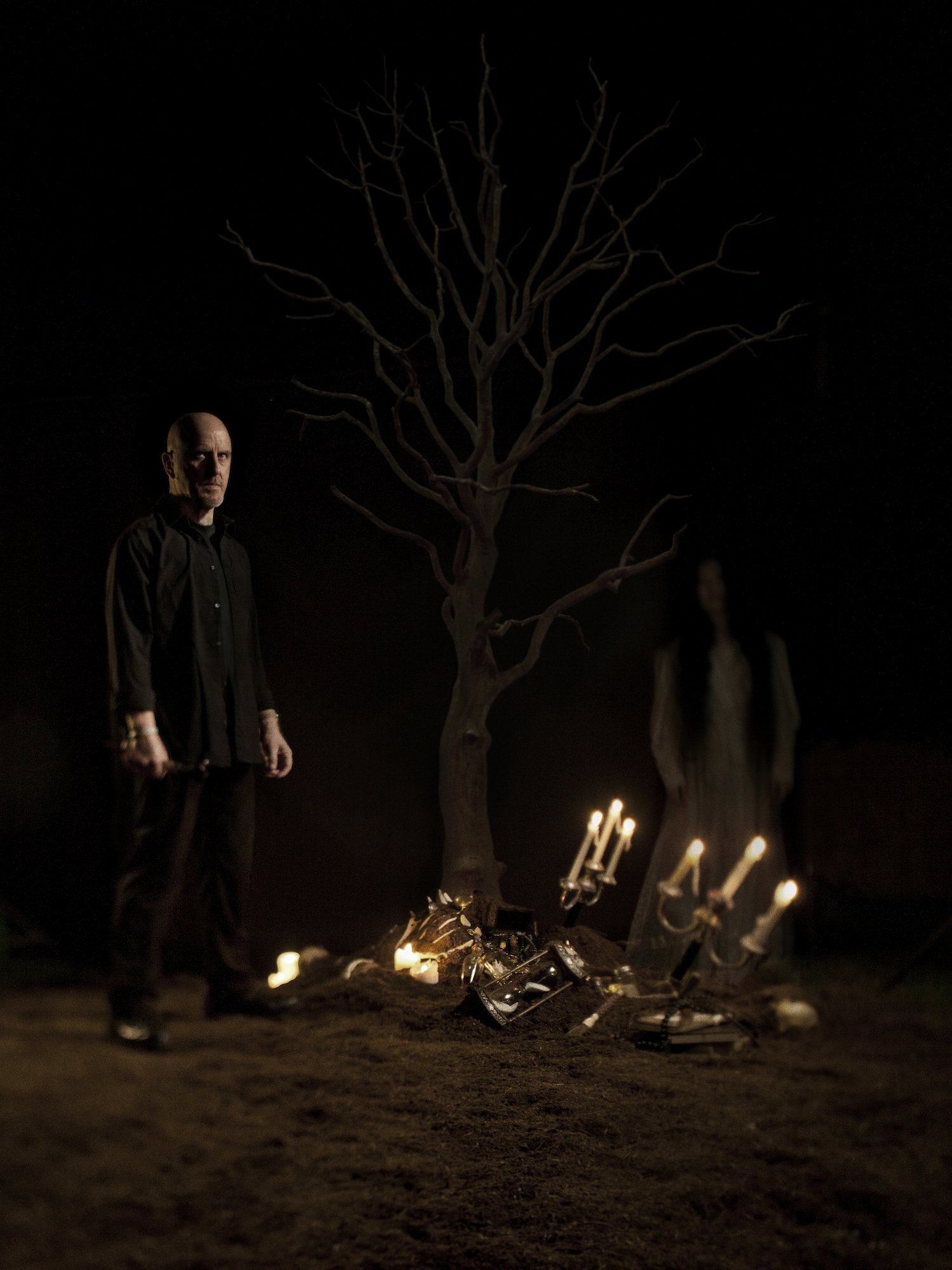 The title of the new album is The Word As Power. From track titles like “Babel” and “Andras Sodom,” it seems like there's some interesting biblical themes going on here. Can you expand a bit on this? I know there's been a bit of paganistic, satanist and biblical spirituality through your music.

I'm an atheist - a hardcore atheist. It's funny with the satanism, the Church of Satan paid me to do a show once which was a lot of fun, and a lot of people pick up on that, but I also played in churches. Nobody mentions that, which I find really interesting.

I've always been interested in the idea of, for want of a better term, religious music, sacred music, ritualistic music, tribal music. It tends to have a focus that lot of other music doesn't have. I guess the blues has some of it, but then again it comes from that background anyway. Let's use the term spirituality. From very early choral music to Middle Eastern chanting, Asian stuff, there's all these layers of meaning behind or on top of this music and I always really liked that. It's always been part of my own music, with all these layers that people don't know what they are because I don't say. The fact that it's not said is important.

How has your equipment setup changed over the years?

Well, for the first couple of albums, I didn't have any equipment. I was just borrowing whatever I could. People often ask me what equipment I have, what I use, and I'm happy to tell them, but a lot of people want to do the same thing and I say, "well no, the equipment doesn't matter, it's the ideas that matter." If you have no equipment and you have ideas, you'll do something interesting. If you have a shitload of equipment and have no ideas, you'll just do really boring shit. Early on, I didn't know anything. I think the first thing I built was this little echo box which I made into this distortion thing, that was quite good. I didn't really know what I was doing but like, what the f***, punk rock! Then very early on I bought an EMS VCS-3.

So that was the first synth, and I bought that synth simply because most synths have this little thing where they try to sound like a flute or a choir or a trumpet. I just wanted something that would make a noise and the EMS VCS-3 and the AKS, that's what they did – noise. You deal with that however you want to. I think the album I'm best known for, Heresy, that's mostly borrowed stuff. I had my own sampler by then and an Atari computer – it had half a megabyte of memory, not half a gig, half a meg. I also had a half-meg drive, and it was all in 8-bit as well.

So for the time, pretty good-quality sampling.

I think the maximum sample was 3 seconds or something. If I had the equivalent of what I have now, then, it would sound different I guess, but the idea is you work around things. If you can't do a 3 hour sample or you can't do surround sound or whatever, you work around it.

You've recently started playing live again – more frequently than ever before. In 2006 you did a one-off gig that was your first in 25 years?

Yeah. And that was a private event, an invite-only kind of thing. Yeah, 25 years between shows - that's pretty cool!

What drove you to start playing more live? You really have a number of gigs lined up now.

Early on I wanted to do some shows, but right about the time of Heresy when I was developing my own sound, to do that stuff live was really impractical. It would involve a few people and a lot of equipment. The studio became an instrument, but how would you do that live? Kraftwerk could do it I guess, but how do you do it on a budget? And how do you make it interesting? That was the thing too; how would I perform live and do what I do? It's basically a guy f***ing around for ages and every now and then there's a new sound. There was a way of doing it, but I didn't think it would be that interesting. So I got busy doing other stuff and a few years went by, then I moved to LA and got involved working on films. I was working on like eight movies a year or something, there's no time for anything else, and a few more years go by and before you know it, 10 or 15 years have gone by before you play live.

Then I realized, "shit, I've been doing this for 25 years!", we should have a little party. That's when the Church of Satan called up and said "We're doing this thing, we want you to play at it." Well, that sounds like fun, a real Spinal Tap moment. It was just too funny not to do it. So I did it, I had a really good time and I used Ableton Live that time. Doing the Church of Satan thing, trying out Live, and discovering through that show just how much I could improvise, which is also really important to me - I want it to be live rather than just pressing play on different tracks. So in the course of doing that show I realised I can do a Lustmord show live, I can improvise on the fly and change things and make it actually live.

Could you expand a bit on how you're improvising with Live and with any other elements that you're using musically?

I have a bunch of audio tracks and a bunch of samplers set up, and I have stereo tracks of drones, textures, I have a shitload of them – hundreds and hundreds of them. I also have a shitload of samples. I also – backtracking slightly – because I haven't played for so long, I went through my back catalogue of multitracks and took some of the stems as individual sounds, cleaned them up. And what I do, I don't play any of the material live, but I'll start some of the sounds from a track from my third album, and then I'll blur in something from an album 10 years later or whatever, as how I feel.

When it comes to improvising, I don't really know what I'm going to be playing next, I go by mood you know. I have a ridiculously large library of sounds that I've created myself and of course over the years you go through a hell of alot of names and stuff and with all these different names, sometimes I don't even remember what the hell a sound is! You're like, "oh, I think I know what this one is!" Then you'll start playing it "Oh, OK! Something else!" Sometimes it works. You know, I'll play something in and it's going in a nice direction and so I'll build on it. Sometimes it's not quite going somewhere so I'll gradually bring some other sounds to take it somewhere else and make it into something completely different.

There have been quite a few things that have been re-occurring simply because they work live, and also some sounds – again because I didn't play for 29 years or whatever – people haven't heard me perform any of these albums live. I know that some tracks in particular are really popular so sometimes I'll bring some sounds from those tracks just to bring a smile to the audience. So people go "Ah, I know that one!"