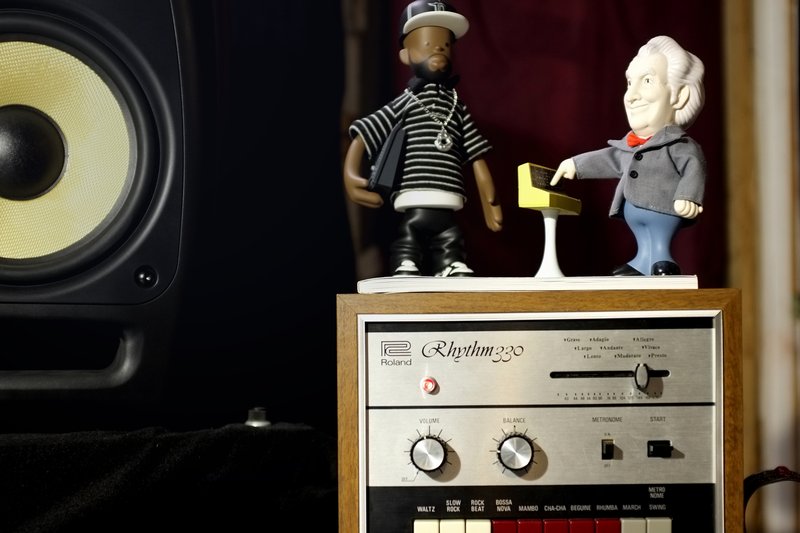 Despite his death at the shockingly young age of 32 in 2006, James Dewitt Yancey aka J Dilla continues to exert his influence on beat makers, producers and musicians of all stripes. In fact, in recent years Dilla’s stature has only grown, thanks in part to the J Dilla Foundation – an organization that works to channelling Dilla’s legacy towards developing music programs in inner-cities schools by organizing Dilla-themed musical events worldwide.

It was just such an event that started Leonard Charles (aka Auckland, NZ producer Jeremy Toy) down the path that would eventually lead to Basement Donuts, an impressive reimagining of Dilla’s seminal Donuts album. While the original Donuts stands as a masterpiece of sample flipping and beat programming, Leonard Charles’ basement version was created entirely with live instruments, analog hardware and vocals. The result is an intriguing companion piece that casts new light on the source material and manages to be utterly charming through its own distinctive musicality. Los Angeles label Hit + Run have released Basement Donuts, an ideal home for the record, as the label is as passionate about the work and legacy of Dilla as Leonard Charles is.

In our interview, Jeremy Toy speaks about interpreting the spirit of Dilla, the recording process for Basement Donuts, and the instruments involved in the production – several of which he has sampled and generously made available as free downloadable Ableton Live Racks. 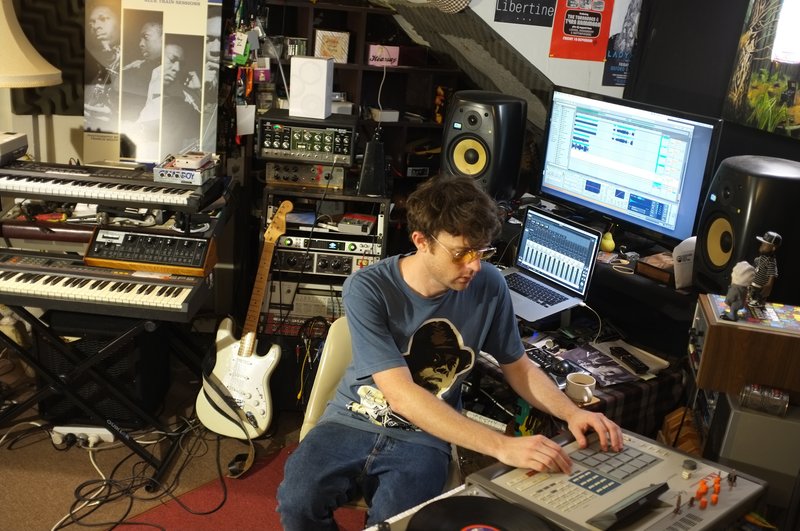 Leonard Charles aka Jeremy Toy in the studio

What sparked the idea of reinterpreting J Dillas’ Donuts with live instruments? I’m sure you were already familiar with the record but how much more focussed listening did you have to do in order to get the details right?

I was invited to perform at a Jay Dee tribute night in Auckland where all the proceeds from the event went to the Dilla Foundation. I thought it would be a cool idea to re-interpret and perform the entire Donuts album because one, it is the 10 year anniversary of the album’s release and two, It has influenced my own music more than any other record that has been released since.

Once I started working out my live Donuts set I thought it would be cool to actually record the entire record and make it a project in itself. I didn't want to mess with the original samples from the record or re-make the record note for note, I thought the best way to show my respect to J Dilla was by really going deep on the record and re-interpreting the record with my own feel and my own vibe.

"The combination of old and new instruments is such a cool concept for me. To not be able to tell if a sound is analog or digitally sourced is something I find really intriguing"

I decided that I would stick to the same format / length / BPM of the original versions and make each track in the same order as Donuts. To get the songs length and arrangement right I created a new session in Live for each song and beatmapped every track. If you are familiar with Donuts you will know that there are tracks that speed up and slow down for effect and I wanted to make sure I had this right as the tempo is just as important as the other parts of the arrangement. There are only a couple of tracks that I broke these rules on – but you have to break a few rules right!?!

I decided to put a few limitations on myself from the start. These limitations were to use the instruments that were around me at the start of the project. So these are: Roland Rhythm 330 drum machine, Akai MPC60, a drum kit, Roland MP-600 Electric Piano, Push 2, Roland RE-301 Chorus Echo, Roland Juno 60, Moog Slim Phatty, Fender P and Jazz Bass and my UAD Apollo. I did stray from these instruments from time to time but they are the bulk of the sound of the record.

This limitation helped me create an overall sound for the record. The combination of old and new instruments is such a cool concept for me. To not be able to tell if a sound is analog or digitally sourced is something I find really intriguing – the filter options in Live and the Max for Live synths really means the digi/analog lines are very blurred.

Once I had the instrumentation locked in then song by song I would just listen to the original version of the record and jam along to the track on one of my instruments. Once I had an instrumental part that I got a good vibe from I would mute the original track and get started on my version. I used that technique because, to me, it is a very similar process to making a beat with samples. The overall sound I was going for is the sound of basement funk, artists like Jeff Phelps. I wanted this to be funky and to come across as an uplifting celebration of the art of Jay Dee.

You played everything yourself except for some of the vocals. Who are the vocalists and how did you get them involved?

Yes, apart from vocals I performed every instrument myself. I sung a few tracks myself and then had help from friends. My wife Anji sings with me on some tracks, she is the second half of the band I am in She's So Rad.

Georgia Anne Muldrow guests on one song. I actually started this song before this project began. The reason I asked her to sing on that track in particular is from watching her reaction at a J Dilla discussion panel when they play the track Airworks.

The devices you are giving away are based on samples of three of the instruments you used on the record. How did you go about capturing them and translating them into Rack devices?

The Roland MP-600 is an electronic piano from 1978. I really love Afrobeat music and this piano has that sound to it. From what I understand it is a divide down single oscillator square wave synth. The cool thing about this keyboard is it has 3 independent filters; two low pass filters set at different frequencies and a high pass filter. This means you can blend all three sounds together to create a cool range of sounds. It also has a decay slider that is so effective in performance.

I love the fact that it has very minimal options for changing the sound but within this limitation is a seemingly endless palette of sound. It has a great gritty high end that can sound really exciting in a track. The velocity range of the instrument is really cool and makes it super expressive.

To sample the instrument I opened up all the filters and captured the full non-filtered sound. I recorded every 3rd note (in minor thirds) into Live. Once I captured the samples I mapped them across Sampler. I found I didn't need to sample different velocities as I could emulate that later in Sampler. I then analyzed the filter sections of the MP visually with Live's Spectrum plugin and with my own ears. I set up 3 copies of the sampled waveforms in Sampler and applied a different filter to each copy. I made sure each filter sound as close as possible to the filters in the original keyboard. I then added the same decay settings that are on the MP and made an EQ section that is adjustable at the same frequency ranges as the original MP. 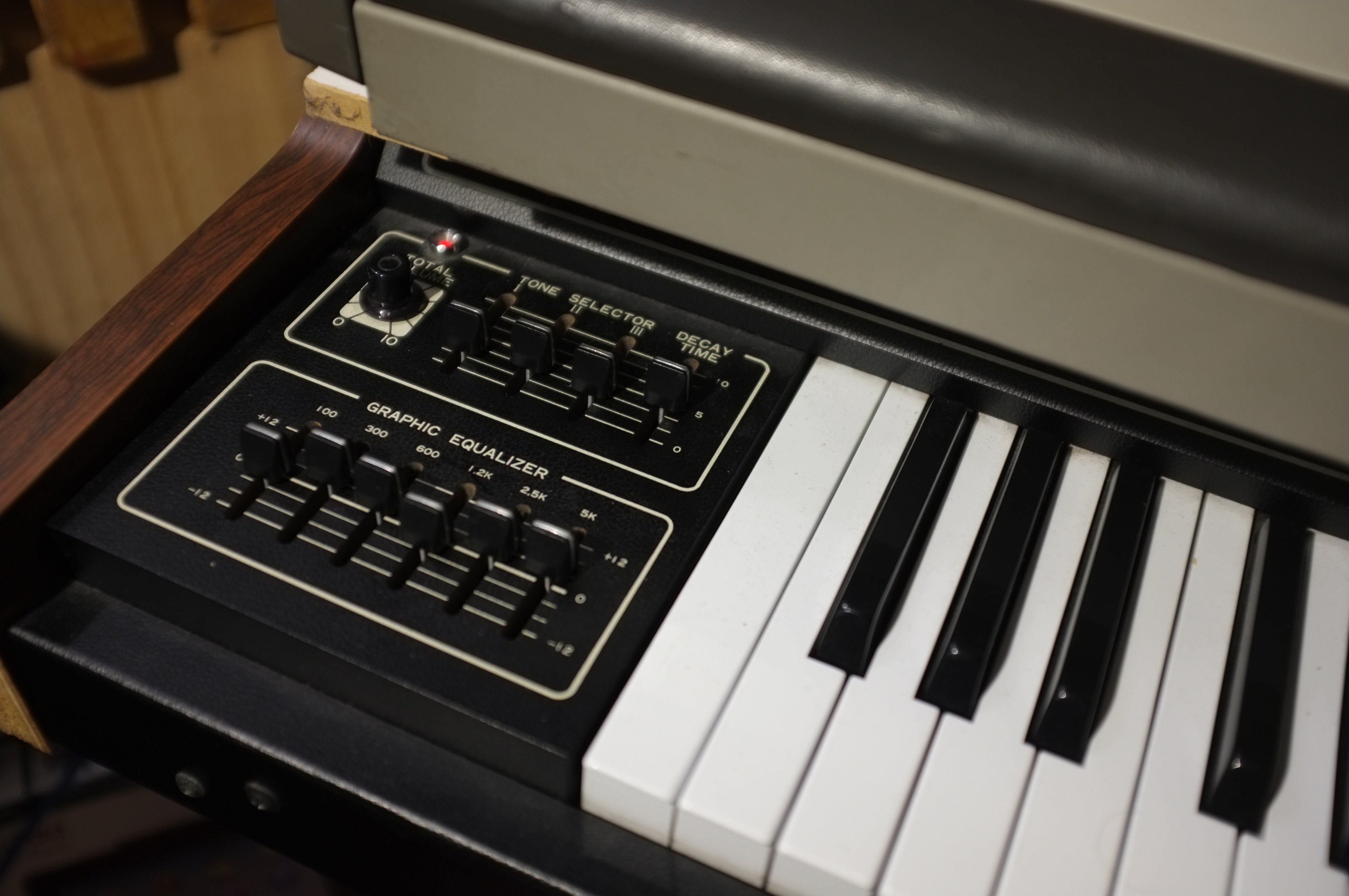 The Moog lead sound is from my Slim Phatty. I am a massive fan of Bob Moog's work and the sound engine in the Slim Phatty was designed by him. I met him when I attended the RBMA in 2003 and he was a genuinely awesome human being. This is a sound I created that is influenced by the Moog leads Brian Jackson played with Gil Scott-Heron. I sampled this through the program SampleRobot, a very handy program! I then add the filter section from the Sampler in Live.

The Roland Rhythm 330 is one of my favorite drum machines / rhythm boxes that I have owned. It makes me think of the music of Shuggie Otis and Raphael Saadiq. This Rhythm 330 that I own I have tuned and pitched the sounds myself to the way I like them. It is a cool unit because you can open it up and adjust every sound's characteristics. I sampled this through my Universal Audio LA-610 and then chopped and assigned the individual hits in a Drum Rack. I did all this on my Push 2, which I find really fun for cutting and editing samples. 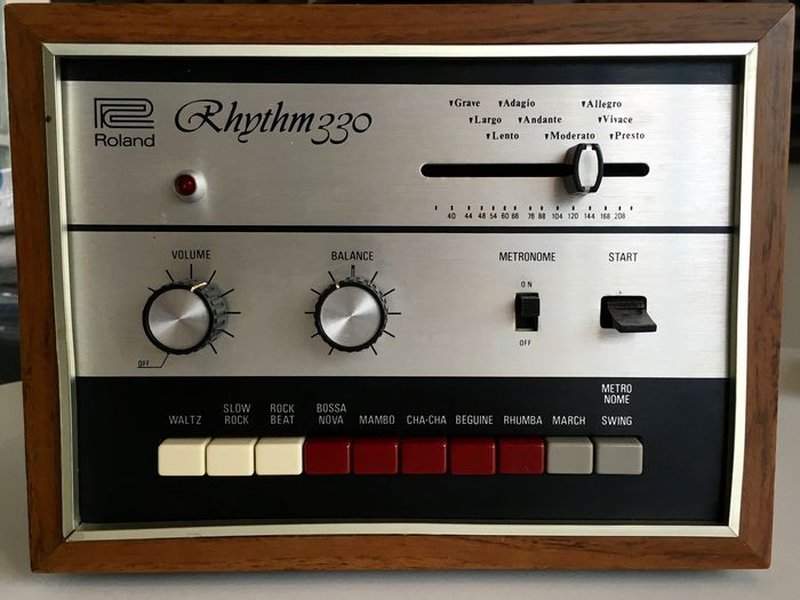 I also included a convolution reverb from Max for Live. This convolution is from my Roland RE-301 Chorus Echo and is the Spring Reverb from that unit.

Did working on this project give you a new perspective on or appreciation of Dilla’s work?

For sure, it was hard listening to some of the tracks from Donuts on repeat because the message in the music is so heavy. Doing this project really reminded me what is important about my art. The art must come first and I really think that is reflected in Donuts – this is an album that sounds like it was made for no other reason than that J Dilla wanted to make it.