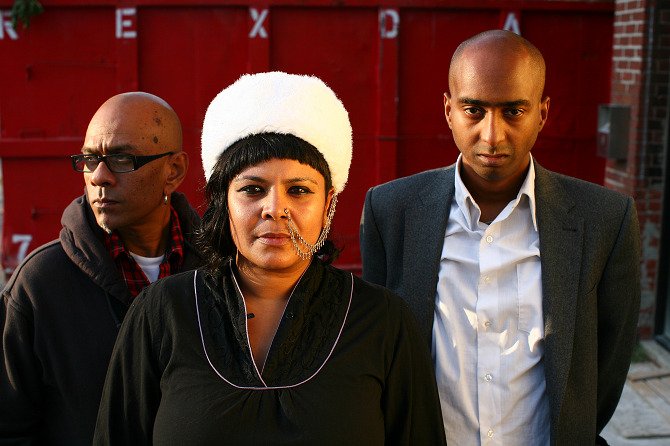 “We played in Dehli, Goa, Mumbai, Bangalore, Kolkata, and Dhaka, Bangladesh,” says Rosina Kazi, of a recent tour. Along with musical partner Nicholas Murray, Rosina forms the creative core of the group Lal. She excitedly lists the different people and experiences that shaped the trip: “We hung out with musicians, Bauls/Sadhus (spiritual artists and holy people of West Bengal), hip hop to reggae djs, street dancers, to activists, academics and students. We even played for the community in Dharavi, the biggest slum in Mumbai!” For Nicholas and the Toronto-based Lal, these travel experiences add to the eclectic mix that forms the group’s sound.

In both recordings and performances, Lal looks backward and forward, incorporating traditional sounds, while processing and manipulating their music electronically. Nicholas alludes to using older, discarded and second-hand electronic instruments in crafting Lal’s sound: “Lots of cheap reverb boxes and guitar pedals go into everything I do” he says. At the same time, the group embrace futuristic technology like Yamaha’s Tenori-On and Ableton Live.

“Coming from a very post-production aesthetic, Live allows us to manipulate the sounds that were played on the album,” says Nicholas. “New rhythmic and tonal qualities are discovered within Ableton Live from pre-recorded material.” In processing and creating new sounds, Nicholas turns to Live’s instruments and effects. Corpus is a particular favorite for generating resonances from his samples. Hear a brief excerpt below that illustrates this:

On a recent tour through India, Pakistan and Bangladesh, Lal ventured on a road less-traveled among many electronic musicians, though not for the first time. “Basically we've been travelling to India since 2007 as a band,” says Nicholas, “just to check out the scene and reconnect and hang out.” The group connected with musicians from more traditional backgrounds, in addition to musicians working with ambient, techno, and other modern electronic genres. The tour additionally saw Lal play a range of diverse venues. “We were playing anywhere from dance theatres to empty swimming pools,” says Nick. “Live gave me the opportunity to EQ or choose sounds that would suit a particular venue all in sound check.” 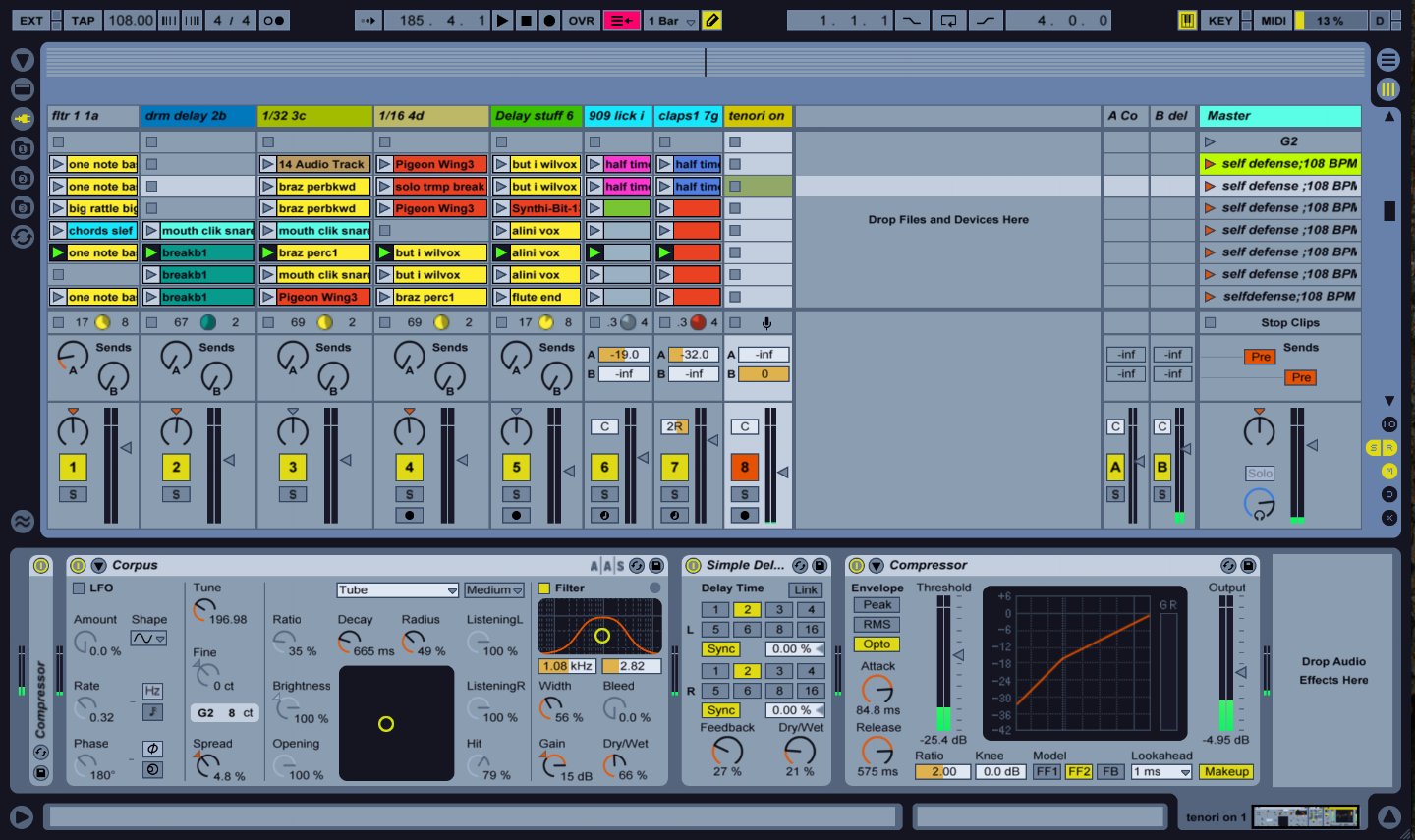 Screenshot of Nicholas Murray’s Live Set for a Lal performance

The adaptability of Lal’s sound is further enhanced by the range and presence of Rosina, whose vocal styles lend an interesting touch to the mix, with influences from reggae, spoken word and jazz. Her passionate and poetically rhythmic vocals are transformed by Nicholas during live performances. See an example of this in an excerpt from a Lal concert:

Now back in Toronto, Lal have the opportunity to compile new influences into their ever-growing pool of inspiration. With a firmly established group of friends and potential collaborators, Lal plans to return to India next year to record, and learn more about the different music scenes.