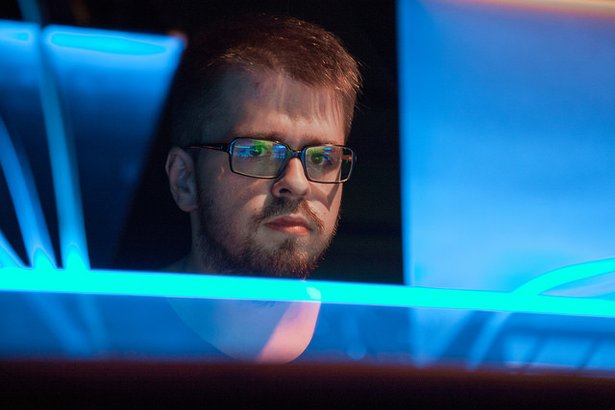 For any society scarred by conflict, developing a future free from the spectres of the past is a challenge at every level. In a country such as Serbia, where the fragility of life and the destruction of community are still recent memories, creative practices can take on added layers of meaning. For some artists, the need to advance rather than merely persist becomes an imperative intertwined with the progression of society.

Jan Nemecek is one such artist. His work as a producer, sound designer and installation artist have set him at the vanguard of Serbian experimental music. His brand new album Fragmented attempts to reassemble particles of sound into a whole that is bigger than the sum of its parts. Jan shares his thoughts on the Serbian scene, how to use simple effects in an experimental way, and offers up his own Effect Racks for you to try it out for yourself.

Can you give us some sort of insight into what it is like being an experimental musician in Serbia?

The scene here is really non-existent because the clans or labels are all doing their own thing, even though they are making the same music. It’s a really weird place. And at this point 90% of people are trying to make house. It’s the big thing here right now so everyone is being drawn to that. But no one is really unified. It’s been like that for many years. Techno was big years ago so everyone did that but everyone had their small production teams; no cross-pollination within a community ever really took off.

Why is it so split up?

It’s basically the people here - they have this mentality. One day everyone is together and maybe something will get done, but the next day it’s over and everyone is fighting again and not speaking to each other. I really wanted to back away from that. I’m not big on this ‘loyal one day, hate the next’ thing. This translates musically as well. Now with everyone producing in a house style there’s little thought of our history and cultural background and this is unacceptable to me.

Basically, we’re closed off genre-wise. There is no proper space to perform experimental music. Up until about a year ago there were no proper collectives doing even slightly experimental music. And the crowds too – it took them quite a while to get used to hearing more exploratory sounds. 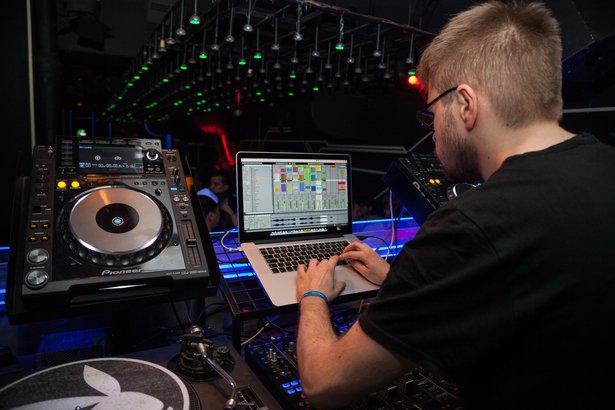 These last few months we’ve seen a gamut of stories about Belgrade in the ‘90s and the evolution of Serbian electronic music. How do you respond to this, being someone who is actually there making music? Does this mean anything to you?

This whole ‘90s Serbia clubbing thing has been a media darling for ages. Overseas publications love to write about it because it’s a nice story; a war-torn region rife with war criminals, closed off from the world and buying techno vinyl. It’s a romantic and seductive story for outsiders.

I’m really quite... not proud, but surprised about the attention that the younger scene is getting. Thanks to festivals like Resonate there has been a lot of coverage of younger artists. You’ve got Dazed and Confused writing about the footwork scene in Serbia. That’s the most amazing thing because footwork started getting more popular here in the last year or two and it’s one of the most out-there, fresher sounds that has ever worked here. On the whole it has given me quite a boost to finish my record and keep doing what I’m doing. I’m good friends with those guys, the Teklife crew here, and they’re very supportive.

But the older scene, the techno crowd that everyone reads about, they can’t accept this. They ask the question “how are these kids more popular than us?” It has been quite a notorious local beef. There was an older techno guy who was all pissed off asking why the Teklife letters were bigger than his on a poster. This is the mentality that a lot of people are still stuck in, so these little changes remain surprising. The media attention is quite a boon, because now people believe that they can really do their own thing and be known internationally. They’re not forced into making the same old 4/4 beats. 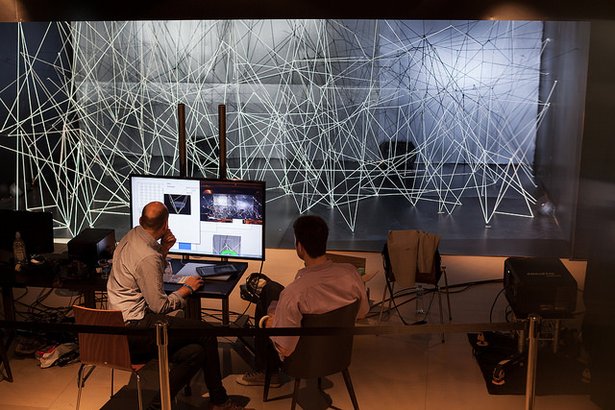 Preparing to perform the Line of Sight installation at Resonate Festival

What was the nature of your involvement in the Line of Sight installation at this year’s Resonate Festival? It looks like you were using Live to control signals to direct the lighting rig.

We were using Live as a timeline for this installation. I had a whole array of Max for Live and Ableton patch chains providing semi-random MIDI messages. We made a generative set up for that with Ableton sending all the control signals. I was controlling the lights using some Max for Live utility patches that were able to map any of Live’s parameters to light signals. So, for instance you have relationships like the filter cutoff affecting the intensity of the lights. But a lot of it was randomized. Nothing was really preset. All the values, notes and timings changed and shifted each time we played it. So every time we ‘perform’ the installation it’s completely different.

Your sound palette seems to consist of source materials that are modulated so deeply that the original sound is totally obscured...

In the last year or two I started to become really obsessed with distorting and modulating samples so they don’t resemble anything near the original thing. On the last album I used a lot of cut up acapellas, but you could still recognise the words. This time I went all out. You know when you’re listening to music and everyone has their own subjective opinion? This thought got me obsessing over the tiniest sounds and elements and chord changes. I focussed on manipulating the micro elements of the music – modulating those grains of sounds into something different. Half the tracks don’t even have the original sample in them anymore. The original source may be a woman with an acoustic guitar playing into a microphone. It’s much more challenging to remix something that has an unsynced pulse and a strange natural ambience.

With this album I became obsessed with fragments - these micro pieces of music - and distorting them beyond recognition. Everything that we listen to today and the way we consume everything is so fragmented. I feel like this is the most appropriate way to try make music. We do everything bite sized. We consume information in little pieces. People are not really used to listening to whole tracks and albums, we listen to snippets. The album is a tongue-in-cheek play on that. I’m taking these snippets and building them into new forms. 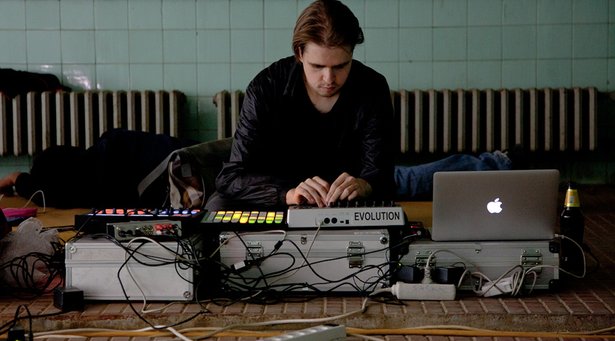 For the last year or so I’ve been obsessed with the Granulator. Granulator originally was technically focussed on processing small bodies of sound. Now, I’m really into feeding whole tracks into the effect. I’d finish a track on the album and then put it back into the Granulator again to see what I can come up with. That was a huge influence on the sound. I started using it more as an improvisational tool, manipulating parameters over a single take and then layering more processing and effects. It’s really at the core of the album. Every single track uses the Granulator in some way. It becomes quite apparent if you’re familiar with it.

I wanted to use the effect in a more organic, live way because a lot of the tracks have true acoustic sound sources and field recordings. Using a purely digital tool like the Granulator with all these crackles and amp noises from my field recordings and then mixing them into a whole new electro-acoustic thing was a chief goal.

What sort of set-up do you have with your sends? It sounds to me as if there is a chain of channels being routed in and out of each other. It’s hard to tell what is modulating what, yet the sonic result still retains an organic tactile feel.

That’s the whole thing. That’s why I started experimental music. I redid the whole live set and wanted to stop using any quantization. I had a few stems from the album and a lot of fragments from within those stems that I’d trigger purely by feel in a single take. And of course I’m using Granulator live – I’ll be playing an original track that is already processed, then resample that into Granulator, find a few grains and send them into Loopers. That’s the basis of the improvisation.

Effects wise I’m using one huge chain. The Valhalla Ubermod is a big part of it. It’s technically a chorus but I’m using it as a reverb because it has these crazy shifts where it can go from one millisecond to 700 milliseconds in an instant. You get this effect which sounds like tape speeding up and slowing down. It was the most organic way I could do it live. Any other effect that emulates the tape sounds cheesy and horrible to me. I’m also using the Eventide Space because it has a similar effect.

You mean when you change the size of the room?

Yeah exactly. I became obsessed with that effect. Another big thing is using the crossfader on the APC40 to move between dry and wet sounds. This method has a far more natural sound than just turning up a send. You can hear someone turning up a send from a mile off. When you’ve got the effect turned up to maximum wet already and use the crossfader then the relationship between the original sound source and the effect seems much more cohesive and real.

You explore the extremities of the stereo field in an explicit way. Your productions tend to sound wide, with elements moving left to right, receding and advancing. How do you achieve that constantly moving spatiality?

I’m obsessed with stereo imaging. I love things to be wide and explore the edges. I’m using simple delays, altering the spread on the Granulator, using reverbs with the width maxed out. For turning sounds around I’m using Auto Pan mapped to a controller. Once you control it by hand in this way it stops resembling automatic pan. Traditionally an Auto Pan has a steady rate, moving left to right like a tremolo. When you modulate it manually and play with the phase and rate you get really weird stuff. Plus it sounds organic if a sound is going to a reverb after the Auto Pan effect.

You get into this zone where sounds begin cutting out and if you slow down the rate you get these big whooshes of noise coming in and out. The sounds are moving all the time; you don’t know when a huge cloud of noise is going to sift in out of the background. Technically it’s very basic but the core suite of Ableton plug-ins is still a lot of fun for me. There is always more to them than meets the eye.