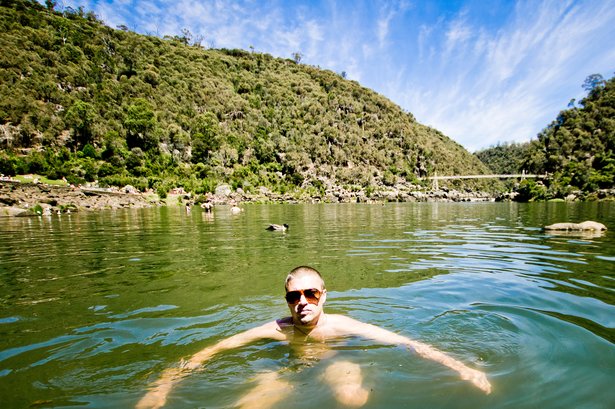 Melbourne-based turntablist, producer, drummer and teacher, Dave Norris (aka Dizz1) has been gradually building up his reputation track-by-track and beat-by-beat. His latest release, the Everyday Grind EP, has just landed via the UK’s Tru Thoughts label and features the likes of Aloe Blacc, Om’Mas Keith and Warrior Queen flowing over Dizz1’s tight and textured instrumentals. In this installment of our series Input/Output we go right inside the track ‘We Go Ridin’ (via a free downloadable Live Set) and talk to Dizz1 about the ingredients that went into its making.

Tell us a bit about your background. How did you get into music and specifically into production? Did you start off with software?

At the age of eight, I was introduced to rap music and the sound of scratching which I fell in love with instantly! At about 15 years of age I started collecting records and then got my first belt drive turntables a few years later. At age 19 I lived in Japan and my mates had MPCs, which got me thinking about the production side of things. I brought an MPC 2000 back and also a DPS12 hard disk recorder and made a bunch of scratch style mixtapes with some of my beats thrown in. It wasn’t until I met my brother in law and his crew that I saw Cubase, Logic and Reason and not long after the first inception of Live. To be honest, I tinkered on them but never really found "my sound" until about ‘03 when I broke my neck and spent a huge amount of time recovering (and dosed up on really strong pain killers). This gave me the chance to get to know Ableton and I've never looked back since!

Download the Live Set of “We Go Ridin’ (requires Live 9 Standard or Suite).

For the drums in “We Go Ridin” it sounds like the kick drum is also providing the bass. How did you achieve this effect?

I usually use at least two kicks in a track, one for tone and one for character then depending on the style, I’ll use a sub synth for low end. In this case the 808 had a certain vibe to it that resonated at the key of the song so I used the 808 sample you can hear here with only one kick on top. It all depends really, you can get away with no top kick on some 808 samples because of the click on the front but it all comes down to taste in the end.

Also, snare drum layering is quite important, I made this one using two snares, a natural one and a beefy 808 snare, and also a clap layered (which is still separate). Tuning is really important to me for my drums as it helps to make a much more coherent sound which sounds like it comes from one sound source as opposed to loads of sounds stuck together and also makes it much easier to sit in the mix so you need a lot less surgical EQ to make them fit.

My engineer (Danny Bonnici) and I were trying out some parallel processing on the drum bus and this combo really brought out the low mids and gave them body. Try muting the parallel drum bus (return L) and check the difference. This application won’t work on everything but in this case it really added punch! Shout out to Danny "Golden Ears" Bonnici for all the help mixing this EP and my album which is soon to drop on Tru Thoughts! 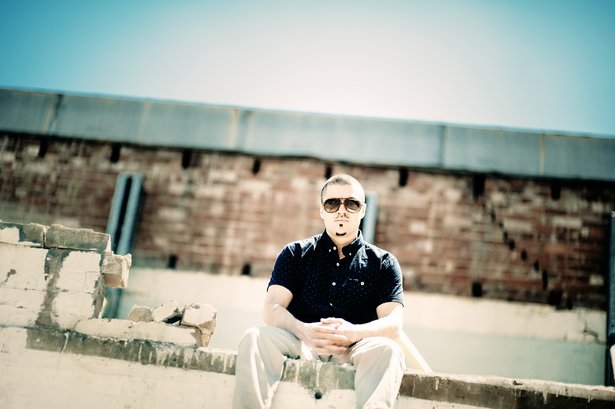 In the Live Set of  “We Go Ridin’ feat. Om’Mas Keith”, the vocals and backing vocals are bounced and mastered – did you start this track with the vocal acapella and sculpt and mix the rest of the production around the lead vocals? What was the collaboration with Om’Mas Keith like?

I actually met Om'Mas when I attended the RBMA in Barcelona in 2008. We had a jam the night before which went into the wee hours and when I saw him the next day I played him a track I was working on – to which he replied "throw that shit in my ProTools!".

The vocal was so good that it kinda became my litmus test to gauge how my arrangements were coming along. This version had more of a clubby feel to it than the original which is what I was aiming for with the Everyday Grind EP.

There’s one grouped track called “White Breath” that is a mixture of noise from analogue sources and sounds from the natural world. It’s pretty subtle and there’s some extreme side-chain compression going on. What role does the noise play in this track?

Yeah, that's actually my mouth making cymbal crashes into the built-in mic on my MacBook. The outside noise is also just recorded in like that. I like to add elements of real sounds which evolve to break up from the groove and give it a bit of movement. (check the slow LFO on the Auto Filter for subtle panning and widening). In the Live Set, you can also see in the "Word Up" group, if you pitch the samples down, thats just me saying "word up" in a corny voice. I basically did a take over the beat and sang a bunch of stuff so I could go back in and put fills into it (which I'd normally replace) but in this case I ended up leaving ‘em there!

Find out more about Dizz1 and listen to the entire Everyday Grind EP.