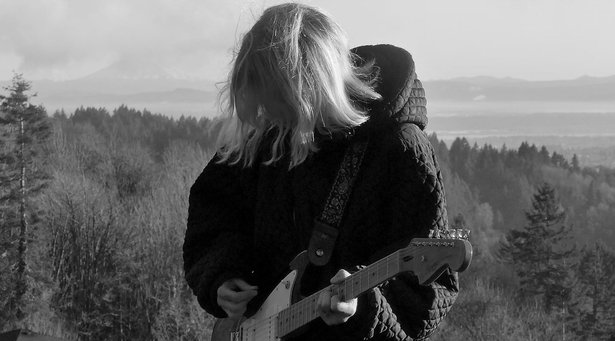 A longtime staple of Portland's various underground music circles, Honey Owens has lived a number of musical lives in her time - a collaborator in groups such as Nudge and Jackie O Motherfucker, Owens has also been responsible for two albums of droney, twisted blues as Valet and a string of psychedelic house records as The Miracles Club (a collaboration with her partner, Rafael Fauria). This May, Owens will return to the venerable Kranky label with her first album as Valet since 2008, delivering eight guitar-streaked efforts on Nature, an LP that refits the freeform experimentation of the project's earlier recordings into a more structured, band-like affair (a feat accomplished with the help of both Fauria and Portland drummer/multi-instrumentalist Mark Burden). With our interest piqued as to what all was behind this new - and somewhat unexpected - evolution of Valet, we spoke with Owens and Fauria about the new album, discussing the creative and technical components behind Nature, learning how the pair's original plan to take The Miracles Club into slightly more experimental territory accidently turned into the densely layered third album from Valet.

Your last record as Valet arrived in 2008, with a number of other musical endeavors filling the space between then and now. What sparked your return to the Valet project?

Honey Owens: It was kind of an accident. A friend of ours had asked Miracles Club to play a benefit show for another friend of ours who had been jumped by a gang in San Francisco - it was really serious, she had to go to the hospital and have some crazy surgeries as a result. We were asked to do the show a few weeks after I had given birth to our son, and we weren't really in a music zone at that point. Raf had been DJing and I'd got out and watch music while I was pregnant, but towards the end, the whole mom/baby thing got very real for us. [laughs] In the meantime, we had started talking about making new Miracles Club songs and going into a more experimental realm with them, and when we started building [the songs for the performance], Raf suggested I get on guitar because that is how we had made the initial Miracles Club material.

Rafael Fauria: We sat down to make dance music that was kind of more baggy and shoegaze-y, and then it became rock music that wasn't even mildly dancey. [laughs]

HO: And we didn't have a drummer at that time, so Raf was programming the drums. Up to that point, he had really only produced drums for house and techno tracks, so he was like "Well, what are our favorite bands and what do their drums sound like?" So he started Googling "Velvet Underground drums," and then trying to mimic Mo Tucker's drumming, but with whatever drum sounds we had available.

HO: Yeah, even with that, there was a lot of "How do I make these drums sound like Mo Tucker?" And it wasn't until we got our drummer [Mark Burden] involved that it really started to sound like "rock" music. Before Mark was a part of the picture, we ended up playing the benefit show as Miracles Club, but it was basically Valet songs with programmed drums.

RF: At first, the whole album initially existed with just programmed drums, and then we eventually substituted and mixed them with the real drums Mark had recorded.

HO: Basically Mark came in and played over the existing rhythms, which Raf recorded and then treated as if they were programmed drums - putting compression on every hit, adding swing, and the various things you can do to make non-human drums sound human.

RF: What I did mainly was use the Audio-to-MIDI mapping feature in Live. It's not something I've used a lot, but it helped us keep the nuance of a drummer while also letting us create these very produced hits, versus using just the sound of a mic'd drum kit. We did a lot stacking, so a drum machine snare and an acoustic snare with reverb on it would hit at the same time, instead of there just being that raw drum kit sound. 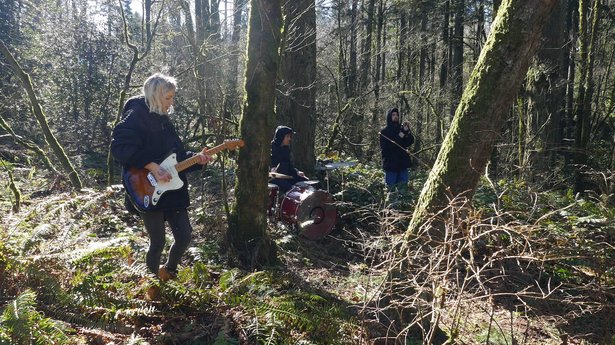 Nature was mostly recorded at your home using Live? How long have you been Live users?

HO: Actually, both [previous Valet albums]Naked Acid and Blood is Clean were made in Live as well, so we've been users for a while.

HO: Basically, for every record, Live has been my two-inch tape. [Laughs]

RF: Nature is different though, because it was all made to be played out in a live performance, so it all started in the Session View; everything started off as little loops, then with a controller we could go between songs and make the arrangements on the spot, in the same way we would use Live to build Miracles Club tracks.

Much of Nature is covered by dreamy textures and rich atmospheric layers. Are these elements that were mostly created outside-of-the-box using hardware and pedals, inside of Live, a combination of the two?

RF: The in-the-box effects we used were really just a little bit of reverb and delay, then mainly compressors and those sorts of things. The more prominent textures came from pedals and rack units.

And are these sounds you are recording while you're playing live or something you are adding and tweaking after the fact?

RF: Yeah, we'll slowly be making adjustments and finding that kind of "perfect sound" with a long chain of pedals, and then recording it and tweaking it as it plays.

HO: Most of the [ambient] textures on the album come from playing guitars and stuff through our pedals and outboard gear - lots of dusty old Boss pedals and Eventide pieces.

RF: But then sometimes, we'll use the most stock Live reverb on a vocal part with plans to replace it later, and then we don't actually replace it because we just get used to what it sounds like. So there is a lot of that reverb on there.

And when you use outboard synths and drum machines, are you playing live and sampling yourself as well, or using MIDI to control those units?

RF: It's a mixture of both. With the synthesizers, it's usually MIDI just because you want to get the sound just right over time. For this record, we usually started with a simple synth tone and a quick beat made using the Drum Rack, and then from there, Honey would add her guitar, which we would run through an amp, record, and turn into a looping clip.

In contrast to the more freeform nature the previous Valet LPs, Nature takes on a bit of a uniform structure, sounding more like a cohesive group of musicians than simply someone in a room full of guitar pedals. What do you think connects Nature to the past two Valet records, Blood Is Clean and Naked Acid?

HO: You know, I've wondered that myself. When we were making these songs, I could tell they were not Miracles Club songs, but they were not really Valet either, so I thought "What do we call this?"

In 1991, when I was 20 or 21, [My Bloody Valentine's] Loveless and [Nirvana's] Nevermind and a lot of [influential] records came out that year, or around those years, and back then I'd be in my friend's garage band doing my best to play drums or whatever I could. But if I could have had a real band in '91, this is basically the band that I would have had. So I thought that maybe we should make a new band name for this record, but people kept saying, "No, this is Valet because on the other albums there are one or two songs that are more like [traditional] songs," and I started to see the connection.

You've been part of many different musical projects over the years and covered a lot of sonic ground throughout your career. How do you navigate all these different points of inspiration? Are they something you are conscious of while you are forming the idea for each project and record, or more things that reveal themselves during the creative process?

HO: I'm actually surprised more artists don't do that actually. If you're a music fan, you usually like all sorts of music; when you look at someone's laptop or their record collection, everyone I know has their rap section, their dub section, and on and on. I think you just hear so much music and you take it all in and then you just sort of follow something and say "Hey, let's make this thing right now." Raf's very into sticking with a vibe all the way through a record, so it's been fun to have that practice, someone saying "Okay, this is a house record," or "On this one, we're only going to use these drums, a guitar, and these two keyboards." I think it's just natural to want to switch around, and if you can do it - if you can make house beats and guitar music—then why not do both?

Check out our other Input/Output features.

Musical influences, collaboration, and using Live with other technologies are all themes at this year's Loop, Ableton's Summit for Music Makers.