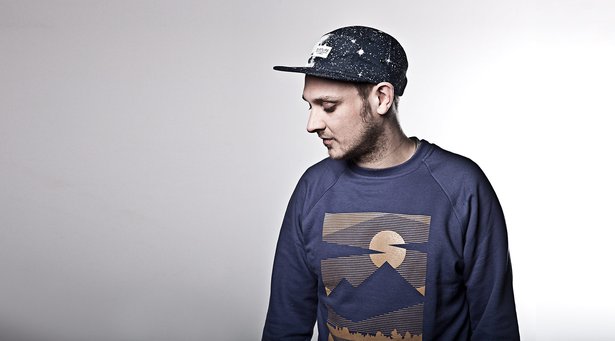 Second Storey is a new alias from London-based producer Alec Storey, previously known as Al Tourettes. His new record for Fabric’s sub-label Houndstooth is called Double Divide, and it sees Storey skirting genres with flair and attention to detail. The LP is very much it’s own unique beast, marked by inventive sound design, intuitive structures and startling sonic flourishes. Lucky for the rest of us, Storey uses the same tools and methods you may have at hand right now. We talked through his workflow, how to keep perspective on your tracks and how super-heated metals can make for some interesting sounds.

One of the strongest aspects of Double Divide lies in attention to detail and the wild flourishes peppered throughout. How easily are you able to achieve these intricacies? Is it a point and click process or do you have a smoother performative workflow?

I perform the tweaks and edits. It’s a combination. I will do a lot of live tweaks, whether I’m working in session or arrangement view. I’m generally in session view, and I will perform these live tweaks on the fly. I really like the clip automation in Live 9. I’ll get the little tweaks done live and then I’ll do extra post production in the arrangement window. So it’s a combination. But generally I get the ideas for these flourishes from live tweaking first and then I’ll tidy it up later.

Obviously there is reverb and delay in the record, but a lot of the depth comes from dry sounds. Do you think about depth outside of using spatial effects?

I definitely do think a lot about that. I use very small amounts of various spatial effects. I really try not to go over the top. So there is a spatial sort of feeling, but it’s a subtle touch that gives it that sort of space.

There’s a marked absence of stock generic tropes on Double Divide, yet it still feels familiar. It seems like you’ve been able to build your own sonic character. What tools and processes contribute to it?

I look for interesting percussion and drum sounds. I use the Machinedrum a lot and it’s a proper 16-part synthesiser. There’s a lot of things I do with that that have made up a lot of the sounds on the record. Also I do a lot of manipulation with Sampler, creating mini LFOs that give a bit more character to the sounds as well. The album is mostly synth based, but when I use samples I try and manipulate each sound and treat it. Every sound is as important as every other.

Are there any go-to techniques you’ve used which have contributed to the overall character of the record? There’s a lot of variety yet the tracks remain cohesive on a sound design level.

It’s the way I put things together. A lot of the beats are played in. It wasn’t all done on the grid. So the rhythm aspects are quite tied to that. Synthesis-wise, I used a big variety of synths but I tried to get the most out of those that I tried to use. There’s all different types of synthesis but I used the same set throughout. There’s an additive synth, analog, FM and wavetable, but I used the same synths for each of those purposes.

What about the structuring of the tracks? That’s one thing that really makes it feel like an album rather than a collection of vaguely related tunes. How did you go about piecing it together?

In terms of the actual structure of the tracks, that was mostly done in the session view to build arrangements on the fly. I changed throughout making the album, but I was using much more of the session view, jamming the whole thing, which is what I love about it. That workflow opened up many more structural ideas for me and it changed things around which you’ll find on a couple of the tracks where they morph into a totally different idea. But that sort of came about from having that freedom in that window. That’s how it progressed as I was making the album.

What about the mentality behind the mix down? Does mixing down tracks for an album require a different approach than how you’d treat a twelve inch? Do you have to consider the different mediums on which the album will be heard?

Yeah, in terms of getting the overall sound together. Once we decided on the tracks they had to work as a whole tonally. I spend the same amount of time and detail as I would with a twelve but obviously the album is a much larger thing. I wouldn’t say it’s a massive difference, I put as much time into everything I do. Getting the flow of the tracks and tuning how they move into each other was a big thing, which Rob Booth (Houndstooth A&R Manager) had a big input on as well. I wouldn't say the mix down itself is massively different. I did spend a hell of a lot more time on the album. There was obviously a lot of work. We spent a lot more time with the tracks, so there’s more time spent listening.

How did you keep perspective on these tracks when you’re working on them for so long and when you’re thinking of them as a whole rather than just individually?

That’s one of the harder things but that’s where we ended up. Once we got the main idea for a track in a clear form, I didn’t want to go into it too much and over do it. We got the tracks in a rawer form first and then I really went in. It’s two stages really and I think it’s good to work like that because you can go too far when you’re just working on one track. I did try and keep it fresh to start off with and then narrowed in on the details later on.

Tell us the story behind the sample on ‘Combustion Hallmark’. Sources tell me that it’s a sample of this guy on Youtube dropping super heated metals into various things. What’s the story behind finding and using odd online materials for the record?

The sample worked with that track; it came into my mind and it relates to the words at the beginning. That sound, it’s just crazy, which perfectly suited the mood of the track. When he drops in the ball it’s just a mental sound, you’re thinking “what the hell is that?” It really suited it. I already had the idea for the track, the idea of trash compacting, so it was just the icing on the cake.

Are you DJing or performing live since Double Divide came out?

At the moment I’m DJing. I’m starting to build the live set. I’ve had a lot of other projects on. I’ve been working with Appleblim in a project called ALSO, which is coming out on R&S. That’s been going on. And I’ve been doing mixes for online, so I’ve had to focus on what needs to be done first, but I’m starting to build the live set now. I’m thinking about the way it’s going to flow.

Previously I’ve done quite a lot of live sets using Ableton Live, so it’ll be Push, an APC, a laptop, lots of Live synths in there for me to control, and also I use an SPD-S because I’m a drummer. It’s one of my favourite things, playing on these little drum pads. I’ve been working through different ways to use that. I want to build live loops and jam with that, playing it with the sticks and building things up that way.

That was where I was at before there was all this other stuff I had to do. Hopefully, my long term goal is to include V-Drums as well. I’ve got a set so it’d be cool to get that in there. I did some drumming for Will Saul’s project Close because it’s a live thing. It’s been a long term idea for me to involve the full kit in the more techno stuff I’m doing as well. Getting that implemented, you need to think about travel, but that’s a long term goal. But for now the SPD-S is great for what I need.