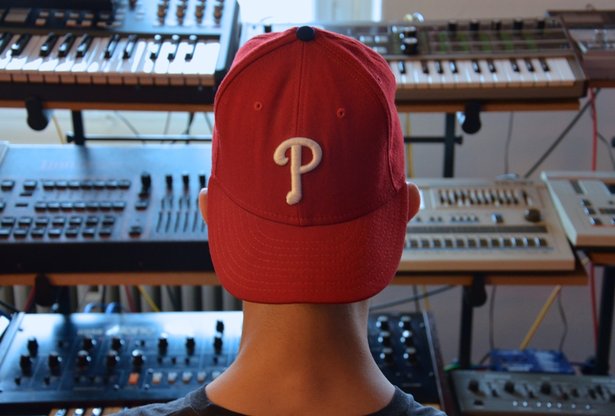 Massimiliano in his Berlin studio

Massimiliano Pagliara is a producer marked by his distinctly authentic take on Italo-tinged house music. Fans of densely textured analog tones will find an embarrassment of riches in his discography, especially on his forthcoming LP With One Another, due out on Live At Robert Johnson this September. We explore the processes behind his pitch-perfect retro aesthetic, how he integrates archaic gear with modern software, and the joys of routing a TR-808 into a Korg MS-20.

Clips of Massimiliano’s new album With One Another

All the tracks on With One Another have a very dense, thick character. You seem to use a traditional mixdown method in that you’re keeping these big analog sounds intact rather than drastically EQing them to make them fit. So how do you go about finding space for all these elements?

Once I have recorded everything into the computer, if I am still not totally satisfied, I use an EQ Eight to polish the sound even more. The final mix down takes place in Live as well.

Your studio is dominated by old gear. You must be using a lot of CV triggering to get these machines communicating, but there are also a lot of stabs and melodies that sound a little too complex for control voltage messages. Are you playing and modulating a lot of these parts by hand?

I definitely do use CV-gate triggering to achieve a more organic swing in the groove of both rhythmic and melodic content. It’s a lot of fun trying to hook up as many machines as possible and let them run all together, to get into a certain kind of trance, before even thinking of recording. This is what happened when Telephones and I worked together on the track "Long Distance Call", for my album. The 808 was our master clock and was triggering a few other machines that were triggering other machines. We recorded the whole thing into Live and did some editing afterwards.

For more complex melodic parts, such as arpeggios or chords progressions, I also use MIDI a lot. Most of my gear has MIDI anyway and this comes in handy when I need to record these kinds of things. For example, all my polyphonic synths are going through a MOTU 128 Express MIDI interface, which is connected to my iMac via USB.

As such, often I record the MIDI into Live first. Once I have these parts in Live I let them play for a while and before recording the audio, I shape their sound a lot on the actual synth by tweaking some knobs and faders with my hands, until I am totally convinced. Sometimes I also let them play and record all those filter modulations as audio within one take.

Once I am done with the recording I can still edit the audio parts in Live accordingly.

A tour of Massimiliano’s studio

There are quite a lot of little details in your effects, such as panning modulated delays for instance. Are you recording outboard effects live into the computer or do you apply these effects in the box after they’ve been recorded?

I often record outboard effects live into the computer, especially delays, reverbs and phasers. However I also do use Live’s internal effects a lot. The Ping Pong Delay is my all time favourite audio effect. This is my default in every Live Set I start working with. I always have a Ping Pong Delay into a return track with the following settings: dry/wet all the way up (100%), feedback 70% and the beat division is set to three.

This delay adds a lot of depth, space and lushness to every audio track that it’s applied to. It’s also very nice to work with automations to create variations and accents.

When using all this pristine vintage gear, do you worry about the quality of A-D conversion much? Have you ever wanted to get rid of the computer altogether and keep things 100% analog?

I honestly do not worry much about this, as there are some pretty good audio interfaces out there which overcome this kind of issue. I am very satisfied with my current audio interface, which is a MOTU Audio Express. As such, I never felt the need to get rid of my computer and record everything on tape for example. I do love analog but I am not a purist in this sense. I think we are pretty lucky nowadays to have computers and software that grant us a more flexible, faster, as well as stable workflow, in the recording process. 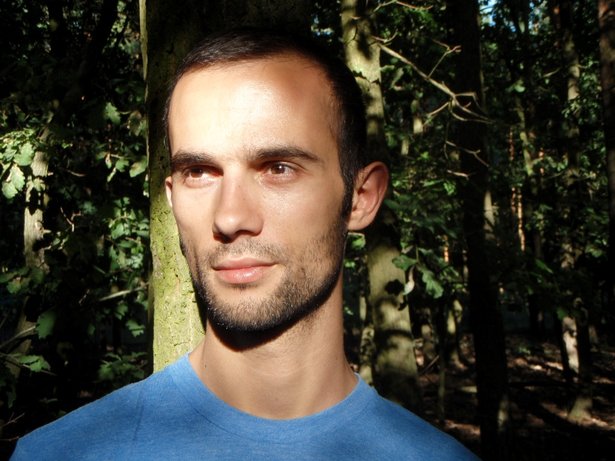 What’s the story behind those melancholy Vangelis-esque pads we hear in “A Dream I Get Stuck In”? That sound really activates a yearning nostalgic feeling in listeners.

Well, let's say that pads are a constant element in my tracks. I simply love pads. There is indeed a certain nostalgic and melancholic feeling about it that I enjoy and like to express.

For this track specifically, and actually nearly every time, I used my beloved Roland Juno 106. I dreamt about something, which was stuck in my head for quite some time.

It was like in a movie, and I guess I was trying to find the right soundtrack for it. This is what came out after playing around with the Juno and adding some nice space reverb to it. But for sure, Vangelis, as well as Giorgio Moroder’s “Midnight Express (Chase Theme)”, must have been somewhere in the back of my head.

That’s a pretty mighty analog kick drum in “Fall Again”. What’s the sound source and how did you affect it?

When my friend Lee Douglas came over to my studio and we started working on this track together. He had this fantastic idea to filter the 808 through the Korg MS-20: I could not believe my ears!

Suddenly the 808 sounded so much more powerful, dirtier and really punchy. I had never tried that before so it was really a great experience!

Your huge collection is pretty unattainable for a lot of people. What would you be doing if you were suddenly left with only a computer or a bare bones set up?

I often think of that and I am honestly not so sure if I would still be able to make music the way I really want. I mean, for sure a DAW and one MIDI controller can be more than enough in order to produce any kind of music. And I guess the results can be quite astonishing most of the time. For example, it’s not always so easy to tell whether an 808 beat in a production is coming from a real 808 or a plug-in.

It might sound almost as good as the original, but what is still missing to me is the fun of having the real machine to play with. When you program a beat on a real 808 there is a special, magic swing which comes out of that machine that is truly groovy and it's impossible to resist.

Additionally, I am a physical type of person and I do enjoy the tactile experience, when using those old, good-looking, analog machines.

You can find Massi on his Facebook and check his tracks on Soundcloud.