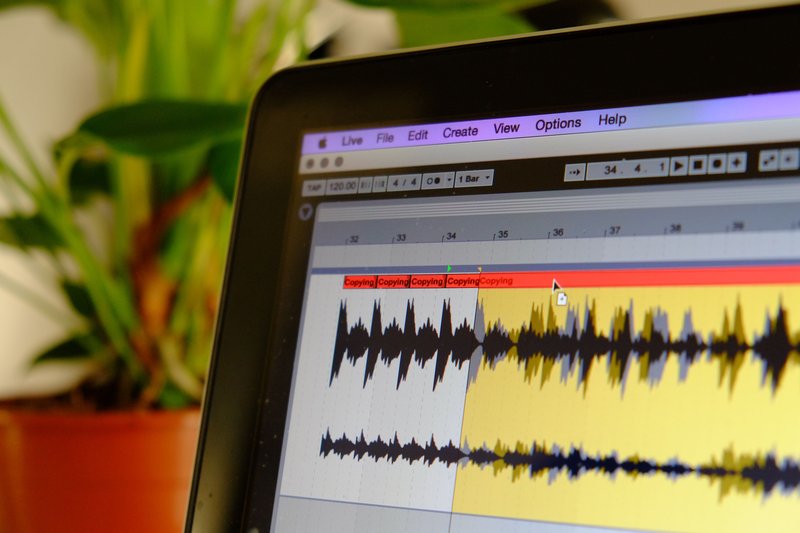 “Most of us find our own voices only after we’ve sounded like a lot of other people.” – Neil Gaiman

Received wisdom may tell you that copying has no place within creativity, but the truth is more complicated than that. Imitation as one of the most basic tools for learning – babies learn to speak by mimicking their parents, for instance – is a given that often gets overlooked in the rush for originality. And while no one likes a blatant rip-off (well, most of the time), the conversation around copying in all forms of art deserves greater nuance.

As far back as memory extends, music has been played within styles or genres. People who made music usually did so within the confines of what they knew, essentially adopting (or copying) a pre-established form – such as 12-bar blues, or Indian classical, or any folk tradition – and making variations on, or even improvisation within that idiom. Innovation occurred naturally, as different people will always have an individual approach to performance or composition.

It wasn’t until modernism and the rise of the avant-garde in the early 20th century that composers, in particular, had more specific aims of working against the familiar. In fact, as noted music journalist and musicologist Adam Harper tells me, “Until roughly 1800 there was almost no legal or even much of a moral opposition to imitation and copying. Even note-for-note copying was more likely to be seen as an homage, a valid quotation, or at worst a bit cheeky, than as a scandal.” Even now nobody thinks of working within a long established tradition/genre/style as copying, so where do we draw the line?

If copying is a term that feels loaded, some applications of the concept have served not only as inspiration, but as a path towards originality. And while artists need to be morally and legally mindful about the way they incorporate the work of others, it’s time for more honesty in its practice. Here are just a few ways that copying has made for richer, more interesting work.

“Good artists copy, great artists steal,” is a quote long attributed to Pablo Picasso. We take that to mean that while everybody copies – at the very least in the learning process – and copying can feel quite transparent in the work of some, great artists take ideas from others and make them completely their own. When I interviewed acclaimed electronic experimentalist Mark Fell in 2012, he explained his own process similarly, if more self-deprecatingly: “I think most of the music I make, I start out trying to copy things. Like when Mat [Steel] and me first started making music [as the duo SND], it was like, ‘Oh, let’s copy a bit of Mike Ink, let’s copy a bit of Thomas Brinkmann, let’s copy a bit of New York house.’ And we tried to copy these things and did a very bad job, and came out with something a bit different.” Fell is now a very highly respected artist in his field, known for his distinct sound.

The rise of sample culture

Back in 1979, The Sugarhill Gang released a record called “Rapper’s Delight”, produced by Sugar Hill Records owner Sylvia Robinson, which straight-up copied the bassline from Chic’s “Good Times”, inadvertently launching sample culture. While the bassline is a key part of the song, really “Rapper’s Delight” was a completely new and original work using a foundational element copied (stolen) from somebody else. Since then, sampling has become one of the most basic tools in modern electronic music of many kinds.

As producer, DJ, and founder of Stones Throw Records Peanut Butter Wolf, aka Chris Manak, remembers, around “’87-’88, samplers started being used in hip hop because they were more accessible, and it opened up a whole new world of possibilities. Hip hop producers were kinda doing what hip hop DJs used to do: finding rare music beds for the background. I got my first sampling drum machine in 1987 and it had 4 pads, each with a split second of sampling time so at least I could sample 4 different drum sounds. Then in 1990, I got my first Ensoniq EPS sampler and it opened a whole new world for me. At the time, The Ultimate Breaks and Beats compilations were really popular, and those records were the essence of golden age hip hop. I’d sample from those for the drums and try to find music samples from records I’d buy at thrift stores and used record stores.” Now we have sample packs to give producers an instant start with an array of sounds to draw from. And if that sounds too easy, as Manak says, “Even though people have been sampling for over 30 years now, I think sampling can still be done in a creative way, and as a music fan, I still have an appreciation for artists who make music this way. When I see younger artists into 90s hip hop (when sampling was huge), it validates that it can still be a thing. “Hotline Bling” was probably the most popular song of last year and was based on a huge sample from a hugely popular Timmy Thomas song from the early ‘70s. Seems like the fans are still down for songs where sampling is a big part of it.”

The art of the edit and remix comes from the disco era of the ‘70s, when DJs like Walter Gibbons and Larry Levan would get in the studio to subtly alter existing tracks, usually to make them more dancefloor-friendly. Today, the remix is a standard format within electronic music, where artists are invited to rework a track and given the stems to do so. More interestingly, modern-day edits of chart hits have become something like training wheels for fledgling club producers – usually the first works they’ll make. Oftentimes, such edits are also genre exercises, bringing them close in spirit to the mash-up, two disparate tracks brought together in a DJ blend for hopefully surprising results.

Optimo’s celebrated resident DJ, JD Twitch (aka Keith McIvor) affirms the functionality of his own edits and remixes, but reveals a clue both in how he views their differences and how he gets one going: “My only purpose when doing an edit is to make something that will work in my DJ sets a little better. It usually involves minimal extra production and may be a small section of a track, looped and extended to make a complete track, a very slightly altered track, or something that bears little relation to the original. The same applies to remixing in that I am trying to take a track and make it into something that will work better in my own sets, but this will involve a lot of original production input. Generally, I prefer working on remixes where the original track is a song and far removed from being an obvious dancefloor selection. If working on a track of my own, it will usually involve minimal sampling, or the sample may be a starting point and get removed towards the end of the process or is rendered unrecognizable.”

In 1985, composer John Oswald published his essay Plunderphonics, or Audio Piracy as a Compositional Prerogative, coining a new term for audio collage compositions. Six years later, Negativland were sued by Island Records after releasing an EP called U2, a concept release with U2 (the band) parodies and a plunderphonic version of U2’s “I Still Haven’t Found What I’m Looking For”, alongside a sleeve with the title printed in a large font. (While Negativland were obviously aiming for satire, in practice they were also a musique concrète act – as was Oswald – literally splicing together magnetic tape in order to create their soundworks.) Oswald himself was also inspired by William S. Burroughs’ cut-up technique.

More recently, Australian group The Avalanches have brought plunderphonics ideas into the commercial pop realm, using an estimated 3,500 vinyl samples on their debut album Since I Left You, released in 2000.

Another artist working within the plunderphonics sphere, both in audio and video, is Vicki Bennett, aka People Like Us. Over email, she explained the choice: “I like using pre-existing material because it allows me to sew and edit a patchwork of information, to use it as material – to transform, pick up, put something down and recombine with other elements. Of course you can say the same of any raw material, but I like that it all comes with its own baggage, history and connotations that differ and change depending on who the person is engaging with that work. [I’m trying] to celebrate the interconnectedness of all things, no matter how disparate they may seem. They are all linked together. I am also challenging genre and taste by placing things together that can give you very mixed feelings at times. Also, the incongruous elements are often amusing, and I like to make people laugh, since it opens people up to the world of wonder – I hope.”

It’s possible that in other art practices outside of music, copying as a concept has become more acceptable through decades of discourse, starting with the readymades of Marcel Duchamp over a hundred years ago. For instance, copying is a cornerstone of much of the work of conceptual poet Kenneth Goldsmith, the first poet laureate of New York’s Museum of Modern Art. Goldsmith’s 2007 manifesto is called Uncreative Writing, and two of his texts include one edition of the New York Times transcribed and bound as a book, 2003’s Day, and transcribed weather reports over the course of a year, 2005’s The Weather.

In another twist of concept, in 2014 artist Cory Arcangel published a printed book, via the established publishing house Penguin Books, called Working On My Novel, which consists solely of reprinted tweets which feature the eponymous phrase. This followed his 2007 film A couple thousand short films about Glenn Gould which spliced together single notes from thousands of online videos to make an arrangement of Bach’s Variation no. 1.

Christian Marclay later won the 2011 Venice Biennale Golden Lion with a similar idea for his film montage The Clock, which runs for 24 hours and every minute is represented on screen via a clip from film or TV. Call that a win for sample culture.

Or what about Danh Vō’s exact replica of the Statue of Liberty, separated into pieces and shipped to different galleries and exhibition spaces? Pushing the conceptual copying idea to its possible logical conclusion, painter and photographer Richard Prince made headlines recently by showing (and selling for large sums of money) another strand of his appropriation series: prints of other people’s photos taken from his Instagram feed where his only contribution was a comment left on the post. Part provocation, part social media commentary, part ongoing artistic practice, while this raised all sorts of moral and aesthetic questions, is that worse than the fact that in China – a country famous for bootlegging – there exists at least an additional seven published volumes of Harry Potter adventures – none of them written by JK Rowling?

Start Here: How One Sample Spawned 800 Tracks in 12 Hours

A Personal Take: Abid Hussain on Sampling and Copyright