This Free Stuff Friday, we’ve got an intelligently multisampled instrument, plus a couple of relatively simple - and very useful - Max for Live devices.

Bass in your Face

By now, Certified Train Brian Funk aka AfroDJMac has established himself as a top resource for free Packs - his latest give-away is, incredibly, number 107! For this Pack, Brian’s looked back to the bass guitar parts from one of his tracks, “I’d Never Leave You”.

“I’d Never Leave You” by AfroDJMac.

eb.MIDIHold for Max for Live

Here’s something that’s dead-simple - and very useful. eb.MIDIHold, a Max for Live MIDI device from Evan Bogunia aka dataf1ow, does just what it says on the box - press an on/off button, and MIDI notes are infinitely held (or sustained). This can be great if you’re looking to try out some effects on a chord, or making a drone.
Download eb.MIDIHold 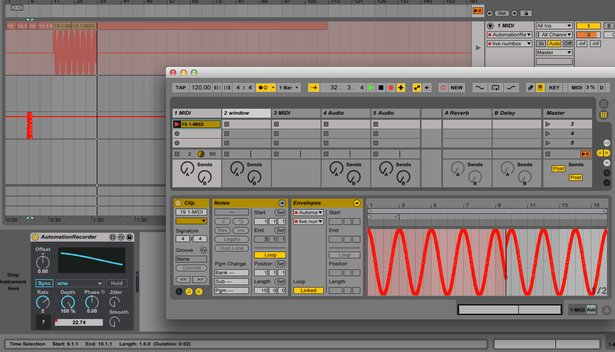 Another simple device (at least on the surface), with great practical applications. Have you ever found yourself wanting a constant LFO to modulate a parameter, but wishing that you could mess around with the modulation at a few points, like you do with automation? AutomationRecorder is a Max for Live effect from Christopher Warner aka Krypt1k that does just that. Set the LFO, print it to automation, and edit as you’d like.
Download AutomationRecorder

That’s a wrap for this week! Have fun with these tools and sounds! As always, don’t hesitate to reach out to let us know of any free stuff on Facebook, Twitter, or Google+ - and don’t forget to use #FreeStuffFriday.

Max for Live for Push: A roundup of free devices