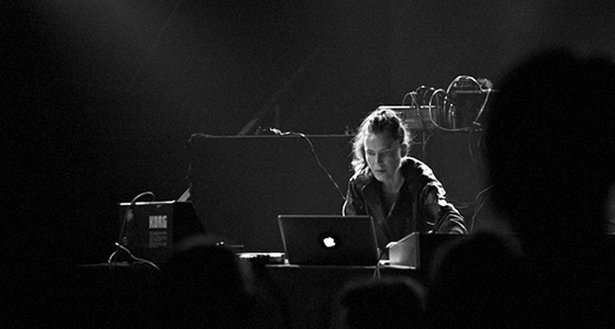 "It's not only about the genres, it's also about generations," says Susanne Kirchmayr, about Heroines of Sound Festival, "and that's even greater." Better known by her DJ and production alias Electric Indigo, Kirchmayr is well-placed to offer insight into the wider significance of an event which celebrates female innovation at the experimental edges of electronic music: she has performed at previous editions in Berlin and Istanbul, and is preparing to join the festival's lineup again for it's third instalment this month.

It's a statement that could also be easily be applied to Kirchmayr herself. A stalwart of Vienna's electronic music scene since the late 1980s, Kirchmayr has swept through hip hop and funk, techno of varying shades, experimental electronics, and leading-edge sound art. As regular a fixture on club flyers and festival marquees as she is behind compositions and cross-discipline projects that explore spatiotemporal manipulations in sound design, she is also the founder of the digital network and advocacy platform female:pressure. Ahead of the Heroines of Sound debut of her latest composition, 109.47, Kirchmayr digs into the painstaking processes of granular synthesis, and relates exactly how the various seasons of her long career are all part of one continuum.

At Heroines of Sound 2014 you performed Morpheme, which has a sample of the philosopher Sadie Plant speaking at its core. Is there a similar sound genesis for 109.47?

Yes, I used two sources of basic raw material. One was a recording of a baroque organ that had manual registers pulled halfway out, so there are almost breath-like tones, and sometimes the registers would pop in or out all the way because it's not a stable state for them to be halfway, so there are clicking noises in the piece as well. The other was using different objects to knock on the wood or hit the strings inside a grand piano. Both of these sound sources are very traditional, and the idea of transformation into something contemporary, that was the plan.

Which tools did you primarily use to create the piece?

In the excerpt of 109.47 there is a section, 0:40-1:20 where the ambient washes fall away. Could you give detail as to how this part in particular came together?

I made this piece out of several transformations of the piano strings being plucked pizzicato, and then I granulated the same file in two ways. It's a rather large grain size, so you can still hear the original texture of the sound, even with quite extreme scan settings. The whole sample is 22 seconds, and the the grain section scans through it at +3000% time. That makes it quite particular already, but the effect that is most characteristic for this sound is spectral freezing, that creates these harsh or singular sounds. I'd say this is the most popular part of the piece, from the feedback I get when I play the demo to people. Experienced in a multi-channel surround setting , the deep-sea drones of the piece are more immersive than this part.

Speaking of that live experience, do you have specific ideas about the ideal setting or space for the audience, for this piece?

For the multi-channel pieces of course there are ideal listening positions, so where possible I try to position myself in the sweet spot, to have the greatest pleasure of the concert [laughs]. I usually manage to set up in a way that most of the audience has a very spatial experience; it's not movements of sounds, it is rather a space that opens up really widely. I usually don't get a heavy audience reaction because it's a listening piece, but as a performer you always get an impression of how much they're into it. It has to do with their posture, possible eye contact, some sort of body language that tells me that people are interested, and very attentive.

So there is a similarity with DJing there, taking cues from body language.

It's a lot easier to tell when the dancefloor is full, and people are screaming [laughs].

How do you view all of your various projects co-existing?

It all belongs to the same realm I would say, because even if it's a completely different feeling to DJing, what I always liked about DJing was the sounds of bass and drum. Even though I make non-rhythmical music as well nowadays, the love for sound is very much the same as it was from the beginning. I think that the same goes for many techno producers, they are sound designers rather than songwriters; the research, how to achieve a specific sound, what other sounds to place in both the spectrum and the room or the space and the timeline, that is work typical of a techno head, even if some sort of avant garde electroacoustic music comes out of it. But I know it's sometimes hard to follow. I had the same thing back in the 1980s: I started out as a funk, jazz and hip hop DJ and I turned to techno, and most people in Vienna couldn't understand, because for them techno was like fascist machine music [laughs]. It was the opposite of funk for them, and for me it was the essence of funk and the essence of hip hop.

Are there any remaining challenges for you to tackle?

The biggest challenge for me is to make a really cool techno track [laughs]. I can't succeed in making loop music, but what I DJ most of the time at least is based on loop music. I dont know, I can't succeed in this structure of one idea that goes for 7 minutes. I have a lot more fulfilment with sound experiments and loose structures.