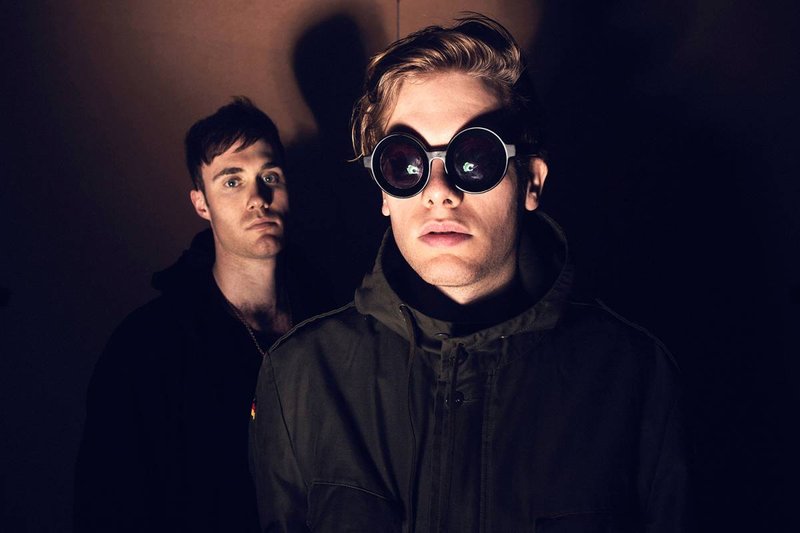 Bob Moses is a two man music project out of Brooklyn, New York that decisively combines organic and electronic music to form a hybrid sound that embraces both pop hooks and underground dance music sensibilities. The duo of Tom Howie and Jimmy Vallance got their start making somber, throbbing house music on Anthony Collins and Francis Harris’s esteemed Scissor and Thread imprint in 2012 and went on to record the highly-praised Days Gone By LP for Domino in 2015. After a series of successful live performances and a return to their roots at the 2015 Burning Man Robot Heart stage, we got a chance to catch up with this talented duo for a discussion on their evolution as artists and their processes with Ableton Live as a production and performance tool.

Robert Moses was an NY architect who was called one of “the most polarizing figures in US urban planning.” He’s cited with helping to build New York’s parkway systems and suburbs but sometimes at the risk of destroying some of New York’s architectural landmarks. Does Bob Moses take the same path with music?

Tom: There are definitely some similarities between us if you dig into it. We’ve taken some risks combining traditional songwriting with a genre dominated mainly by dubs and instrumentals. Before we started Bob Moses, we were in a studio in the dingiest part of Red Hook, Brooklyn right next to garbage trucks. Robert Moses built the BQE (Brooklyn Queens Expressway) which is something we took almost everyday. So he was already having an impact on us from our inception.

How does organic music and traditional musicianship inform a dance music audience?

Jimmy: I think a lot of today’s dance music audience is well versed in all styles of music. The lines are starting to blur and there’s a lot of cross pollination happening from a bunch of genres and scenes. You’ve got rock bands going more dancey and DJs moving to live sets, playing guitars and singing. So it doesn’t feel like there is much informing to be done really. For us, it’s great to be able to bring that live element to a club or festival and get slotted in with DJs or bands. It all feels really natural.

Tell me about your experiences at Burning Man and the influence the event has had on you in recent years.

Jimmy: I know a lot of people say this, but Burning Man changed our lives! Not only from the experience of it, but sharing our set from the Robot Heart Bus in 2013 was an unexpected catalyst for our music. We missed it last year, ironically because we had a packed tour schedule, which in large part was due to Burning Man.

Tom: Returning in 2015 was amazing, we knew what to expect and so it was a less intense and more enjoyable experience. It’s a hardcore thing to do, it'll test everything you got. You’ll go through some of the worst moments of your life, quickly followed by some of the best. The two shows we played were amazing. It was nice being able to come back and say “Thank you” to the thing that really kicked it off for us.

"...we like having the freedom to write in a variety of styles, but still making it cohesive."

Jimmy: Our goal was to always try and write great songs and somehow make them work with the dark, smokey house aesthetic we liked. "Hands to Hold” was the first track to do that and really got us excited to push it more on the next EP. We’ve always been really attracted to both super abstract music and really straightforward pop. Our favorite bands have walked those lines and we like having the freedom to write in a variety of styles, but still making it cohesive.

Why is a lyric important? What do you connect with in the human voice (especially when you inhabit a corner of dance music that is usually more instrumental oriented)?

Tom: Lyrics are the story. A good story behind a nice melody is what makes a great song. There is a difference to us between a great track and a great song. To us, a great track is something that can be instrumental or dubby and is just a brilliant piece of production wizardry and, or instrumentation. But a great song can just be someone singing and playing their guitar, horribly recorded even, but there is a vibe to it you can’t fix or fake. Neither is better than the other, just different approaches to making music.

Jimmy: I think the human voice gives you something to relate to, the narrator of the story. It puts the lyrics into perspective and can set the mood of the song. It lets you know there is a person behind all of the noise, no matter how digital sounding the production can get.

What role does technology play in the sound you create?

Tom: Technology helps us create the sounds we hear in our head. It makes trial and error a quick process, you can instantly try hundreds of different reverbs or compressors at the click of a mouse.  With software that has endless capabilities, we stick to a few key pieces that we know work really well and use them over and over again. We’ve used a bunch of the samples and synths that come with Ableton as well in our music. We also abused the Glue Compressor while making our album.

I’ve read (and can hear) that you put a lot of time into the sound design of each sound in your tracks. Can you elaborate on the process with regards to Ableton Live? How do you go about building rhythm tracks?

Tom: Ableton makes it easy to layer sounds and samples quickly. We can record a loop from vinyl, time stretch it, pitch it up or down, cut bits out, totally change the groove…all in less than a minute. When we were making our album, we really wanted to simplify our workflow. We bought a patch bay so we wouldn’t be wasting time plugging and unplugging cables. Live really makes engineering fun instead of frustrating, which it can sometimes be if you’re lagged with technical issues.

"Warping things and messing with the tempo or time signature can lead to the start of a track or maybe you’ll find that missing element your song needs."

Jimmy: We’ve used the synth Operator a lot. It has some great presets to get you on your way and it’s really easy and fun to play with. It has a signature sound to it that we like as well. You can get it sounding quite raw and analog for a digital synth. Live’s warping feature means you can turn anything into a groove. A recording of trains going over a track to birds chirping…anything can have rhythm. Warping things and messing with the tempo or time signature can lead to the start of a track or maybe you’ll find that missing element your song needs.

Your music is very driven by low end frequencies. How do you monitor for this sort of sound? Do you use a sub in the studio? Headphones for reference?

Jimmy: We’re big fans of 8” cones. We’ve been using the KRK 8’s for a while. For us the most important thing is striking while the iron’s hot and getting the good ideas down quick, and worrying about how it sounds after. But for getting the deep low end, having a bigger speaker helps. Hearing our music in a car always helps to put bass in perspective for me. Most cars have really nice punchy systems and you can feel the bass in the seat, which can help you understand where your low end sits.

I have heard some of your podcasts and mixes and I’m impressed with the level of detail that goes into them. Can you tell me about your process with editing tracks and building mixes?

Jimmy: Thank you for noticing! We put a ton of work into them and they are a blast to do. Making a mix is a process that really inspires us. It gives us a chance to dissect and listen to a lot of music, which really informs you on how to make your own. We make a ton of edits and chop bits & pieces out of tracks to help carry and create a mood. We’ll also throw our own samples in there, sometimes creating completely new beats using a combination of 4 or 5 tracks and something we’ve made.

Tom: When we first started playing live, we used to DJ and I would sing over our songs. Doing a mix for us is a kind of throwback to how we started.

Do you use Ableton for live performances? If so can you tell me about how you prepare music for a live setting?

Jimmy: Ableton is a big part of our live performances. For the album tour, Tom will be on vocals and guitar and I will be running clips through Ableton on one laptop, and using Ableton to generate synth sounds on another laptop. We stem out our clips into groups for each song (Kick, Percussion 1, Percussion 2, Bass, Melodies, FX). Then we cut the arrangement of the song into sections (intro/main song/outro). That way we can easily transition from song to song by adding in and removing elements piece by piece.

Tom: We’ve mapped all the clips to a MIDI controller so we don’t have to look at the laptop. Also, all the tracks are warped to a grid because we make a lot of tempo changes during our set. We’ve set it up so all the tension and mood adjustments, the real dynamics of a live show can be controlled on the fly. Every show is different, so, much like a DJ set, you want to be prepared, but also never compromising what you’re about.

All of our clips, keyboards, vocal and guitar parts are being sent to a front of house mix engineer to be mixed. He has control over every sound in our live show. It might sound great in the monitors, but the vocal or guitar could be way too loud or a clap too low out front - it’s just much better to have someone else take care of that, then you can focus on playing the best show.

Keep up with Bob Moses on Soundcloud.