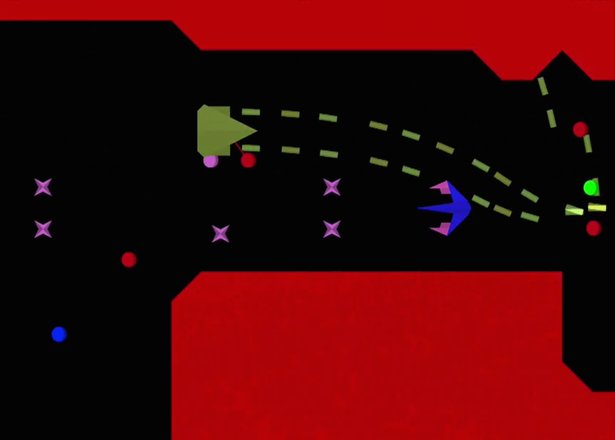 Developer and musician Nils Iver Holtar’s formative gaming experiences all came with memorable soundtracks - starting with classic NES titles in the late 80s. When it came time to work on his master’s thesis, Nils conceived of Audioverdrive, an iPad space shooter that communicates bi-directionally with Ableton Live, creating a live soundtrack to the game in real-time, triggered by the in-game action. We spoke to Nils about the game concept and its future. First, watch an explanation and gameplay demo of Audioverdrive:

How did you come to Audioverdrive as your thesis?

A large number of my projects during the courses leading up the master’s thesis were focused on non-traditional ways to use and implement audio and music in games. With my thesis, I wanted to look at ways to make the creation of these implementations more immediate and more aligned with the workflow of a music composer.

Can you explain how the game and music communicate with Audioverdrive?

It is actually very simple - everything is communicated through OSC messages! The only requirement is that the computer running the mapping software and Live needs to be on the same network as the iPad running Audioverdrive. Mapping software becomes a MIDI destination, so Live can output MIDI directly to it. What I did a lot in my demo mapping was map note-on MIDI messages to various in-game events. There were many parameters I didn’t use (the players x, y coordinates for example), simply because I became a bit overwhelmed with all the possibilities.

What’s your background with games? With music?

The first games I made were programmed in QBasic, and were really strange. I particularly recall a brutally unfair UFO defense game with limited ammo. Then I moved on to RPG Maker for some years before eventually learning all the common programming languages. I have yet to release a finished game, though - hopefully that will change soon!

Music composition has always been a big passion alongside programming, and I’ve been involved in a variety of projects - stage shows, short films, standalone pieces and the like - mostly within Norway. I’ve also been performing and composing with the synth-rock band Ultra Sheriff, and this was where I was introduced to Live.

Right now I am trying my best to balance my daily programming job with a few freelance projects. One of them is the soundtrack for the upcoming mobile game Fractured Skyline by Preliminal Games - the other is sound design and audio implementation for the spy-thriller Clandestine by Logic Artists.

Do you have plans to release a version of Audioverdrive for Live users?

After realizing how fun it is to work with this setup, it would be sad not to give people a chance to try it out. I am positive that awesome audio game designs would emerge, given the sheer amount of talent amongst Live users. Right now, I am trying to determine the best way to make this happen. In the current setup, you need an iPad and an OSX computer. I could polish the mapping software up a bit UX-wise and just release it like it is, but then people would be restricted to only work with the current game and its parameters. The mapping software is actually very generic, meaning it can in theory work with any game that interprets and sends the OSC messages correctly. So another strategy could be to release an API that can be integrated with any game, opening up the possibilities. I am actually very interested in hearing what people would like to do with such a tool, and what platforms would be preferred. 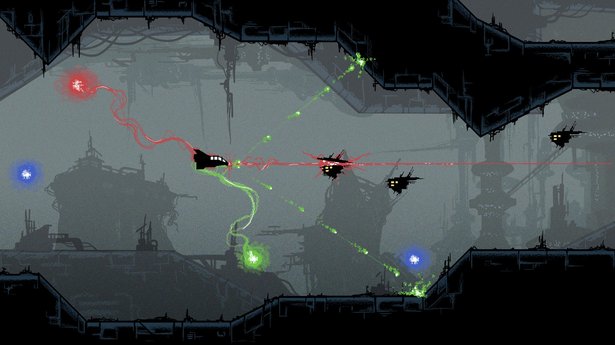 Conceptual render of a more mature version of Audioverdrive.

Do you have plans to release a standalone version of Audioverdrive?

If you mean the actual game I show off in the video, then yes, although it might be called something else. I am still prototyping mapping configurations, but I hope to end up with a very fun game design complete with different level types, boss battles, etc. Once it is as solid as it needs to be, I will pack it into a standalone version. This game is currently a side project, though, so I can’t say for certain how long that will take.