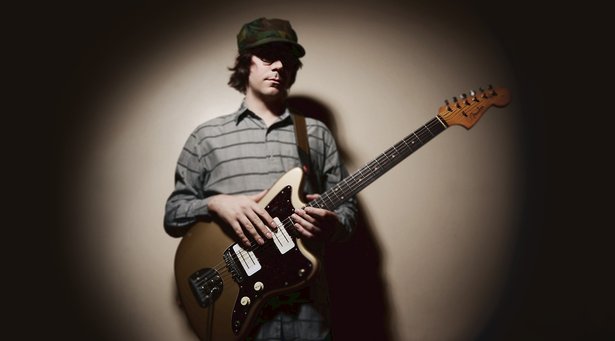 American guitarist Anthony Pirog is defined by his versatility. A virtuoso reared in the crucible of blues, jazz and rock, Pirog shifts shapes with a battery of pedals and a protean technique. His debut long player Palo Colorado Dream pegged Pirog as something of a guitar hero in waiting, but he’s not the type to rest on laurels or resort to tried and true sounds. Looking for something more, Pirog found a world of possibilities in Live’s Audio to MIDI function. Whether he’s using his guitar to layer analogue synths or trigger arrangements, Pirog’s story is a case study in using technology to breathe new life into the familiar.

What got you on to the idea of using Audio to MIDI? Was there an initial point of exposure?

In March of 2013 I was working on my debut Palo Colorado Dream. I was working on post-production at a studio called The Brink, and I felt that my guitar tone wasn’t all that I wanted it to be. Doubling the guitar parts with synths added great textures, but getting the two to gel wasn’t so easy. It sounded like two musicians performing with personalized feels. I simply wanted to beef up the tone of my guitar in certain areas.

Enter Live's Audio to MIDI function. I didn't own Live at the time, so I downloaded the free month-long trial version, imported my guitar performance and converted it to MIDI. I immediately checked out the MIDI recording of my guitar track using one of Live’s internal synth sounds and was thrilled that it matched the human, rhythmic feel of my performance from the session. This opened up a whole world of new possibilities using sound combinations. The owner and engineer of The Brink, Mike Reina, who co-produced the record with me, has an amazing collection of vintage analogue synthesizers. We started sending the MIDI tracks that I had extracted from Live to a few key synths, especially a Sequential Circuits Prophet 5 and a synthesizers.com modular synthesizer.

While the synths aren't always the sound on display and definitely aren’t overpowering my guitar part, they added extra warmth and sustain that completely enhanced my live guitar performances from the recording sessions. I was so excited to have the option of fading in synth parts that exactly matched my guitar playing.

Computers, synthesizers and MIDI aren’t usually thought of as organic tools. How do these fit into and enhance your style, one that is marked by an unadorned aesthetic?

I've been listening to music with synthesizers for a long time. Synthetic textures are always options that I can consider whenever I'm tracking in the studio. While I was in my early teens I made the distinction between the recorded document and the live performance and felt that they didn't have to be, and in some cases could never be, the same. My plan for this record was to track my trio – with Michael Formanek on bass and Ches Smith on drums – live over the course of two days and then spend time after the initial meeting to produce the tracks into something more than a simple live studio meeting. My idea was to focus on the space around the recorded sounds and make them sound very cared for and not just laid down. Even though I’m considered a jazz musician, I listen to a lot of indie rock and there’s a lot of synthesizers in my favorite current recordings. That piqued my interest and spurred me toward incorporating synthesized sounds on my record.

Was there much of a learning curve when you started working with this set-up?

It was quite easy actually. There wasn't a real learning curve at all. I imported my guitar's audio track and simply hit the button that converted it to MIDI. The conversion wasn’t perfect but extremely impressive. I had to clean up the MIDI track a little because it picked up on some overtones and missed a couple of notes. The conversion translated the rhythmic aspect of my performance perfectly, so fixing the few off notes was a simple matter. After that was done it was like "Voila, the MIDI world is now yours!” I was actually blown away by the workflow and results. I plan on using this tool on the drums and acoustic bass for the next record. There’s a lot of potential here. 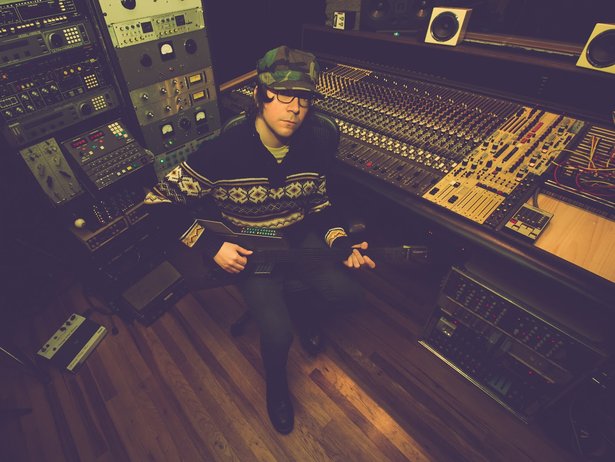 Anthony Pirog in the studio with a MIDI guitar

So what’s next after layering? What else do you want to achieve with Audio to MIDI?

My next goal is to become proficient with using my guitar as a MIDI controller for live performances and various recording situations. I’m not the greatest keyboard player in the world so having the possibility to control MIDI and soft synths with a guitar is a very exciting and inspiring prospect. For me, the mixing of guitars and synthesizers can be aesthetically dangerous territory but I’m very much looking forward to seeing what I'm able to do.