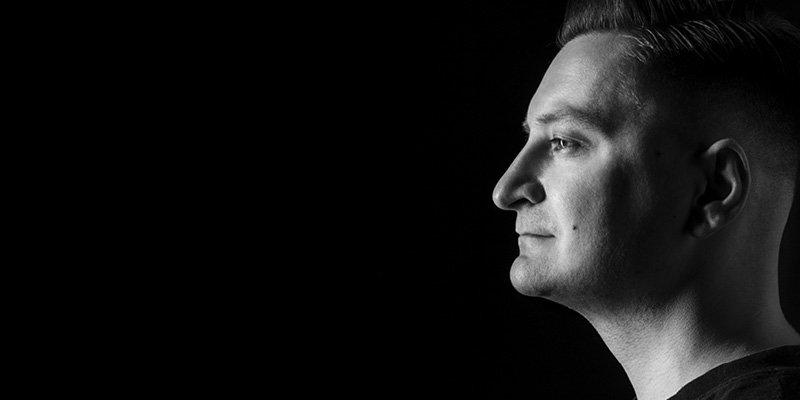 Most music makers today can attest to the disruption that world events can have on their work. In recent times, while society at large had barely started on its long road to post-pandemic recovery, a new kind of crisis emerged as Russia launched its military invasion of Ukraine. For the innocent civilians caught up in the chaos that ensued, daily routines, comforts, and security were instantly replaced with fear, panic, and confusion as they scrambled to evacuate their homes and cities at a moment's notice.

When living in such a state of intensive crisis, it’s difficult to imagine what possible space there could be for creative pursuits like music-making. But history has shown that art and creativity continue to manifest themselves even in the direst of circumstances. In May 1940 for example, during the outbreak of World War II, the French Composer Olivier Messiaen famously wrote “Quatuor pour la fin du temps” ("Quartet for the End of Time") while imprisoned at Stalag VIII-A in Görlitz. Meanwhile, the first three movements of Dimitri Shostakovich’s Seventh Symphony were written in Leningrad while it was still under siege.

While history doesn’t exactly repeat itself it does often rhyme, and modern-day accounts coming from music makers in Ukraine already bear hallmarks similar to those of Messiaen and Shostakovich.

Kyiv-based DJ and producer Andrey Sirotkin recently spoke to us about how his music-making practice has been affected by the conflict and unrest that has become part of daily life in Ukraine. Sirotkin started out in 2007 producing dubstep and drum & bass under his alias I Wanna Be. By the mid-2000s he took up techno production under the alias Shade Of Drums. More recently Sirotkin releases under his real name — channeling his fascination with modular synthesis into tracks that explore deeper, dubby aesthetics, with haunting pads and hypnotic percussive melodies.

Andrey, thanks for talking to us. As a music maker living in Ukraine, how have you been affected by the war in the last few months?

On February 24th it felt like I lost everything from my past life. On February 25th, the very next day, I left Kyiv with my wife and daughter and we went to Lviv in the west. I had to leave all my belongings except for a mobile phone and a low-performance laptop. I had two pairs of trousers, two t-shirts and that was it! And of course, I left my studio with all my gear behind too.

We all experienced a lot of stress. We didn't know what would happen. But in my mind somewhere deep, I had the feeling not to try to escape this, or even to leave Kyiv. In Lviv, we were moving from one apartment to another. It’s like a huge problem in Lviv to stay in one apartment. Lots of people came there obviously, so prices were super high, and there are no free places. So because of all this, I was thinking OK, we have to stay in Kyiv.

During these months this was probably the longest I’ve been disconnected from the music. I thought about my studio all the time. I figured out the main thing I missed was the hard drive in my computer with all of the tracks I’d made inside. I was thinking if I could go back to my studio in Kyiv and retrieve that hard drive I would be fine. From that point, I came to the realization that I want all of those tracks on the hard drive to be released. I can’t leave them. I once saw a video with the quote “don’t let the music die inside of you”. And this hit me hard. I thought to myself, if a rocket hits somewhere nearby, there will be no me, but at least there will be my music. So I thought, OK, what can I do with my laptop? I had three finished unreleased tracks on there. So I sent them to be mastered and I started to release them as singles as fast as possible. Right now every three weeks I’m trying to release something.

Were you able to make any new music during your time in Lviv?

I thought to myself, OK I have to find a way to make music without my studio. I do have these AirPods on me, they make sound so I have to try to connect them to my laptop and make music with them. I found lots of music tech companies that were helping producers and musicians in Ukraine with discounts and trials. I also found a trial of Ableton Live and it had everything I needed to start making music even on my low-performance laptop.

I had lots of shitty sessions, to begin with where I couldn't catch a vibe. But in general, I found a way. I’m now using lots of plugins, so I have everything on the laptop which makes things easier than using hardware. And recently I released a track called “My Shelter” which was made entirely inside Ableton Live with plugins during that time.

The feeling of loss I experienced dissipated a little after this point when I realized I can still make music this way. I spoke a lot with my fellow producers in Lviv and all of them had the totally opposite reaction. They totally disconnected from the music and many don’t feel it right now. But for me it was like OK I’m healthy, my family is healthy, so the next most important thing is the music. Sometimes I think it's crazy to feel this way, but it is what it is.

So are you back in Kyiv now?

Yeah, since the 8th of May I’m back. I’ve been back to my studio and it's totally OK. I’m trying to spend as much time there as possible.

How about your day job, has that been affected?

I’m still working but we obviously had to move to a remote setup. For me, it makes no sense to be in the office because almost all of my coworkers are working from home. Also, I work in the car industry and our buildings could be mistaken for military buildings. Russians even shoot at civil buildings but if they think our offices are associated with the military it could be very unsafe. One of our buildings is not far from the place where the rockets last hit in Kyiv.

Has it been possible to collaborate with other music makers in Ukraine during this time?

There have been a lot of unexpected collaborations. People have become more open. For me, I’m finding new connections with the amazing people that are here. With my drum and bass music, I’m working with a rapper called Knyaz Volodymyr (Ukr - Князь Володимир). We are making a track, and the lyrics say, “I’m alive and I want to live my best possible life.” That's the feeling here.

I have lots of different connections with the local modular community Machineroom. They are jamming like crazy every week. On Fridays at least 10 to 15 people with modular cases just come and play. And it's also a chance to have tea or coffee together and chat about what is going on.

I found a guy who's playing in a funk cover band and he's playing this instrument, it's like a Chinese flute. It sounds so sweet. So we decided we had to record it and he was just like “OK, let's do it”. He didn't ask what we were going to do with it or anything. So we thought we'd try to make an ambient track with some of this flute.

For men from the ages of 18-60, we are locked in here. Lots of musicians have gone out, they have ways, I don't know how they do that, or which documents or allowances they get. But for other musicians who are not as well known or don't have the connections, we just have to stay here. Musical collaboration has helped a lot of us keep our sanity though.

Is it still possible to organize music events in Ukraine at the moment?

I’ve seen this initiative where people went to one of the areas that got hit by Russian rockets, somewhere in the east of Ukraine. And a DJ played music while people came and volunteered to clear up the debris. That’s an amazing way to help.

Lots of other events are going on, but they have two conditions. First, we have curfews. You can't be outside after a certain time or you will be stopped by the military forces and have lots of trouble. So until 11pm, there are events. 99% of them are dedicated to gathering money for medical equipment, or the military. But as good artists have big audiences and can engage people to donate money, we also have shitty musicians and shitty DJs who just profit; they say “here we are raising money” when they really aren’t.

There are also night parties but they are hidden and private because they’re not allowed. The underground parties are made for people who are struggling. In general, we can all stay at home but if you have this feeling that you cannot make it to the next day, the parties help people feel like they are alive now. And these people want to party like it's the last time in their lives. And I think that is OK.

I haven't been to parties since February 24th. But I’ve talked to people who've been. What goes on there I don't really know. I’ve only seen some short videos and people have told me OK you should come. But, with all the daily sirens and all the stuff that's happening, I don't risk being locked in a party somewhere. Because the main thing here is my family. If my family were somewhere in the EU or in a safe place, it would be much easier for me to go to an event. But nothing is safe here. So for me, the main thing is to try to be as close as possible to my family.

How do you think music can help in this situation? What is your message to other music makers around the world?

So some people are feeling guilty about listening to or making music here right now. But music works like a cure for me — as meditation or physical exercise can.

I’m against the war, I want it to stop. But some people don’t say that because they are afraid they are going to lose their Russian audience. With my drum and bass music, most of the audience is Russian. So I don't know what will happen to them. But I know I can’t live with myself if I just say “it's OK”, or “shit just happens – this war has nothing to do with me”. So I feel like I have to state my position and find like-minded people who can help in any way they can. It could just be donating to a charity to help children. Or encouraging donations to military forces. I know a lot of people are not OK donating to military forces, because they are killing people, and donating is like buying them weapons. But I see it as my duty to say it to people. I have to say it. I can't stand it if human life has been taken – and if it's a child, that's the hardest thing for me. That's why I think it's important to talk about this. And unfortunately, it's not so simple as to say let's stop shooting.

Sirotkin’s recent EP ‘Dusk’ was released on September 12th. All proceeds are being donated to Red Cross Ukraine.

Text and interview by Joseph Joyce

QuinzeQuinze: The Art of Mystical Storytelling