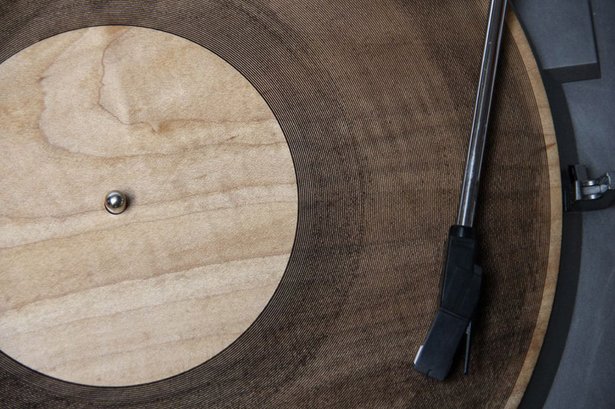 One of Amanda’s woodcut records

As technology evolves so too does our relationship to sound. Behind advances in software and interfaces are big thinkers connecting the dots between design, science and audio, all to give you the chance of making your own creative leaps.

Amanda Ghassaei is one such thinker. Coming from a background in nanotechnology and material science, she builds pieces that explore the edges of digital manipulation and physical media. Whether it’s cutting records out of wood or building controllers that push Max MSP and Arduino into new territory, Ghassaei’s work illuminates the tight bond linking science and music. We quizzed her on the importance of instrument aesthetics and the joys of seeing musicians taking technology to unexpected zones.

Your focus in many ways is 'extra-musical'. What is the appeal in focusing on the aesthetics and interface of an instrument as opposed to the sounds that ultimately come out of it?

The way we are interacting with media, be it music, graphics, or 3D models, has been dramatically heightened by software. We can cut, copy, reorganize, and transform digital files with more ease and sophistication than was ever possible with magnetic tape or pen and paper.  Despite this, I think there is something to gain from preserving a more tangible grasp on the things we create.  A lot of my work has focused on the interface between powerful software tools and the physical world, by trying to make those interactions more natural, or exploring new types of communications that are possible only through digital means. With tools like the Arduino, we can create relationships between inputs and outputs that would seem like magic 100 years ago - these are the things that excite me the most.

Coming from a background in science and digital media, what is the appeal in working with mediums that have musical applications?

In college there was a semester where I was building an analog synth while at the same time studying signal processing and quantum mechanics. I noticed that I kept running into the same ideas and equations all over the place - sound is deeply rooted in the same physics that describe much of the natural world. Ultimately, the thing that really draws me to musical applications is a fascination with the way we experience sound, especially approaching that idea from an analytical, signal processing perspective.  Many of my projects aim to combine sound with other sensory experiences. Sometimes I try to expose the nuances of our subjective experience of sound through an interface; for example, I might build an additive synth out of pixels of light or compose through visual patterns.  Musical applications are so open-ended, it's fun. 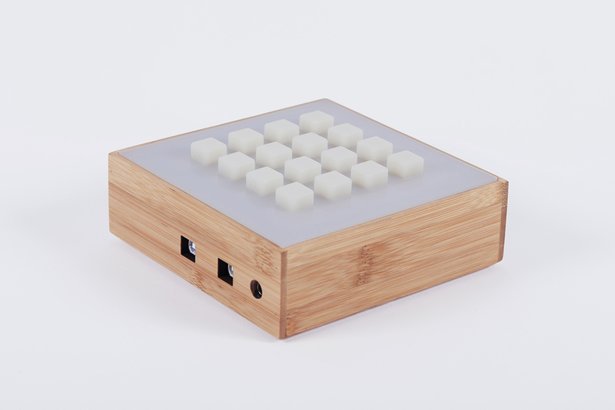 A lot of your work has an educational angle. Do you consider the illumination of possibilities to be a key part of your remit?

Yes, for sure. First, my own understanding of electronics, programming, and how to use them together would not have been possible without others sharing their work and source codes online before me. There is so much exchange of ideas and information happening in this field - posting Max MSP patches, plug-ins, Arduino libraries. It's a great resource for anyone looking to get started.  Even as I head to grad school this fall, I hope to stay active in that community.

I write up my projects so that someone may reproduce my work, but I rarely see others follow all my steps exactly. For the most part people use the information to transform the project in some way, adapting it for other purposes, sometimes in directions I could have never imagined. I try to explain my projects in a way that encourages a complete understanding of the underlying ideas so that people have more freedom to make modifications depending on their interests. One example was some code I posted that allows you to use an Arduino to measure the fundamental frequency of an incoming audio signal. A few months later I received a video from a high school student showing a motorized, robotic guitar tuner he built that mounts on to a guitar and automatically tensions each string to the correct tuning using feedback from the guitar's audio output, essentially allowing you to tune each string by simply plucking it.

We've reached an interesting time in digital music where software is powerful and inexpensive enough to open up many possibilities for live performance. These days you can even run Pure Data on a Raspberry Pi (a $40 credit card sized computer). As music production and performance becomes more and more digital, I think clever interfaces can engage with an audience and help them more fully digest what's happening onstage. New interfaces can help music creators take full advantage of the digital tools available to them, while at the same time pulling them away from familiar patterns they may find their hands falling into with their favorite instruments.

What is the thinking behind the record cutting projects? What is it that makes these pieces more than a novelty?

The record projects started as a way to play around with the limits of the tools I had; fabricating tiny record grooves on a laser cutter or 3D printer pushes up against the maximum resolution of those machines. Though the concept behind the records was relatively simple, the implementation was challenging because the end form needed to be functional, not just visually appealing. In the end, I think the projects are a nice demonstration of a workflow that I'm particularly excited about at the moment - transforming digital data into physical objects in an automated, algorithmic process. 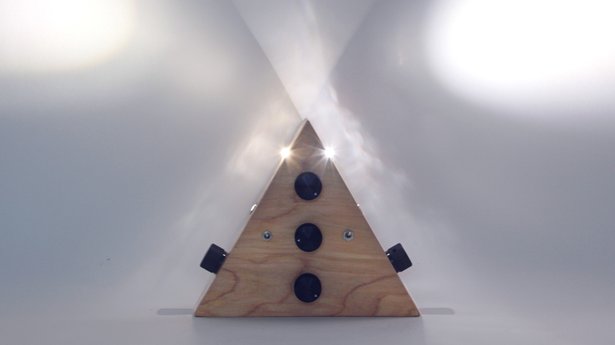 The beauty of digital fabrication (CNC, 3D printing, laser cutting) is that it allows us to encode a huge amount of complexity in an object with no extra human effort. For 3D printing in particular, there is essentially no extra cost (time, money, or material) to fabricate an object with lots of small details. There's some nice work going on right now at the intersection of data visualization, programming, and digital fabrication, where people are pulling data from huge public datasets (like NASA, public transportation, USGS, video streams, social media), crunching it in a computer program, and using digital tools to bring it into the world in some kind of meaningful, physical form.

You can find more projects from Amanda on her website.