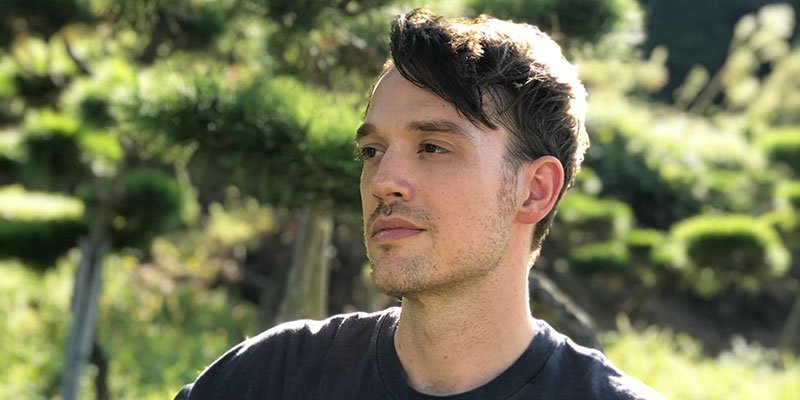 On the Korean peninsula, the psychocultural concept of Han is integral to national identity. It’s often described as a combination of angst, sorrow, resentment and anger that scholars say stems from the region’s history of oppression and invasion. A common theme across the arts, Han also invokes a sense of hope and an endurance for suffering. “It’s like the blues but much more complex,” Rhylon Durham, a Seoul-based producer better known as Akimbo, describes over the phone.

This emotional heaviness can be heard on traditional Korean instruments such as the taepyeongso (a double-reed horn), daegeum (a transverse bamboo flute) and piri (a cylindrical oboe). They emit “very guttural, strong sounds” and can feel melancholic, says Akimbo, a 2011 graduate of Red Bull Music Academy. These instruments aren’t as internationally known as the Indian sitar or Chinese zither but that’s something he hopes to change.

Since relocating to Asia’s fourth-largest economy more than a decade ago, the American native has dug deep into Korea’s rich repertoire of sonic styles that include the shamanistic ritual known as gut and the opera-like art of pansori. His productions, housed on his record label Tonal Unity, delicately pair the mystical intensity of live Korean instruments with waves of fine percussion, psychedelia and bubbly synths. Hovering around lush downtempo, iridescent ambient, broken beat and slow house, the music is spaciously composed and coated in a gloss of tripped-out minimalism – ethereal yet heavy with the spirit of Korean heritage. Suitable for home listening, meditation and club edits, these are deep grooves that bring to mind the electronic folklore of Argentina’s ZZK Records and Brazil’s Voodoohop.

This type of fusion hasn’t been explored in great detail, according to Akimbo. Korean genres have been previously mixed with dub, reggae and flamenco but rarely with experimental electronics, he notes. Playing his tunes out in Seoul can sometimes surprise dancers because most people are accustomed to hearing these instruments in a context of classical music, Akimbo explains. “The fundamentals of Korean music are still taught in school so separating the sounds from the music that they’re usually presented in can sometimes come as a shock.”

Channeling the spirit of free jazz

Most Tonal Unity releases, including those by Akimbo, start with a live recording of Korean instrumentalists improvising at various tempos. Light nature sounds play in the background via Live. Before starting, the musicians usually decide on a root note⁠ – usually C minor for melodic instruments – as a foundation, Akimbo explains. “The goal is to explore the range of sound that can come out of these instruments.”

He regularly works with a younger generation of avant-garde players such as taepyeongso master Kim Oki and piri maestra Park Jiha, who are featured on his debut Sun Moon & Five Peaks EP from 2016. “Overall, many traditional players are quite open to new concepts and using their tools in different contexts,” says Akimbo. During recordings, he keeps an ear out for individual hits that can be easily added to a Drum Rack later. Once the session is done, he lightly warps the samples but is careful not to over-warp, “because that can change the tonality and lose the warmth,” he explains.

After saving the recordings as loop packs, he goes to work on them in Live. Akimbo is a devout fan of all effects, in particular feeding samples into Live 10’s Echo device before taking them to the Resonator. “Korean instruments, which are all analog, have a lot of overtones and natural rawness so they go really well with Resonators and Grain Delays,” he says. Some of his other tools include the Octatrack sampler by Swedish company Elektron as well as hardware synths such as Arturia’s MicroFreak.

A home for organic experimentation

Tonal Unity was born in 2016 as a home for Akimbo’s solo material, which includes two EPs and a multitude of singles, but it’s since expanded to include artists from across Asia and further afield.

Some releases are a reinterpretation of Korean rhythms⁠ – a cross-cultural exercise in which contributors were sent live recordings taken by Akimbo or found their own Korean samples to dissect. The first of these hybrid experiments was a compilation in 2019 that felt like a heady dose of herbal remedies featuring an acid-laced chugger from Indonesia’s Prabumi and wonky tribal tactics from Osaka-based producer Ground. A sequel dropped in September of this year, with Korean turntablist DJ Bowlcut and Japanese producer Mamazu adding their own spin to minyo (folk songs) and taepyeongso.

Other albums come from domestic talents who meld tradition with technology. Last year’s debut album Nuunmuun from daegeum virtuoso Seungmin Cha is a visceral performance that ran haunting flute notes through a loop-station and various FX pedals. Another standout local offering is the 2019 Gems EP from Livigesh, a classically-trained composer making atmospheric techno.

Most of Tonal Unity’s roster rolls along at a slow tempo, which Akimbo prefers for Korean instruments. “Once you hone into a particular instrument, faster tempos are also suitable but it requires more nuanced listening to the instrument,” he explains.

Going forward, he intends to spend more time co-composing songs with musicians and hunting down new instruments to record. “Many local artists would like Korean music to be better known overseas,” he says. With Tonal Unity continuing to expand on its fusionist principles in such compelling ways, the future looks bright for more widespread appreciation of traditional Korean music.

Keep up with Akimbo on Soundcloud.