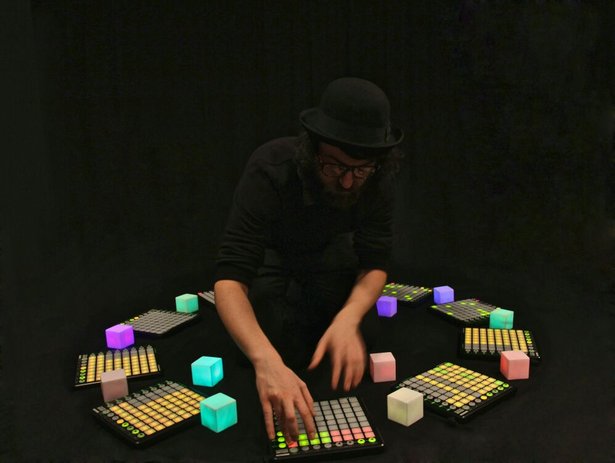 With backgrounds in music, teaching, psychology, and anthropology, Adriano Clemente is truly a creative polymath. Coming up with eclectic tastes that ranged from Eurodance to IDM, Adriano maintains an open ear and mind when approaching music and audiovisual projects. We recently spoke to Adriano about bringing controllers to the audience, teaching, the connection between psychology and music, and more.

Growing up, Adriano became interested in how people connect and educate one another. “My mother is a teacher,” he explains, “so I grew up with this idea that humans have to exchange knowledge with other humans and sometimes they need to take the responsibility.” “I really love psychology and sociology and anthropology,” he continues, before crystallizing -  “in general I love humans. I love how they interact with each other and how they clash with each other and how they evolve.”

With his installation work, Adriano often incorporates the audience as active participants, and attempts to expose the inner-workings of complex electronic artistic systems. For the 2011 AES convention, he assembled an installation featuring 10 Launchpads for an audience to play. “The whole project was mostly connected with giving people feedback,” he reflects. The goal was to remove tabletop instruments from the usual performance setting, and instead, “give the actual controller visual to the audience and at the same time open the interactivity to them. I believe the future of music performance will include the audience more and more.” Adriano is currently working on a way to present the LED light show that he achieves in Push’s user mode to his audience: “I have a lot of fun playing Push,” he says, “why should my audience not get the same?”

Continuing down this path, Adriano addresses the prevalence of smart phones and other interactive devices. “Everybody carries an amazing source of sensors in their pocket that can be used for a lot of things,” he says. “I think it’s all a little bit too passive right now.” Staying at the cutting edge, Adriano has experimented with Google Glass, along with gesture controllers like the Hot Hand USB and Leap Motion. Live remains at the center of all of these new controller frontiers, due to the flexibility and openness of Max for Live. 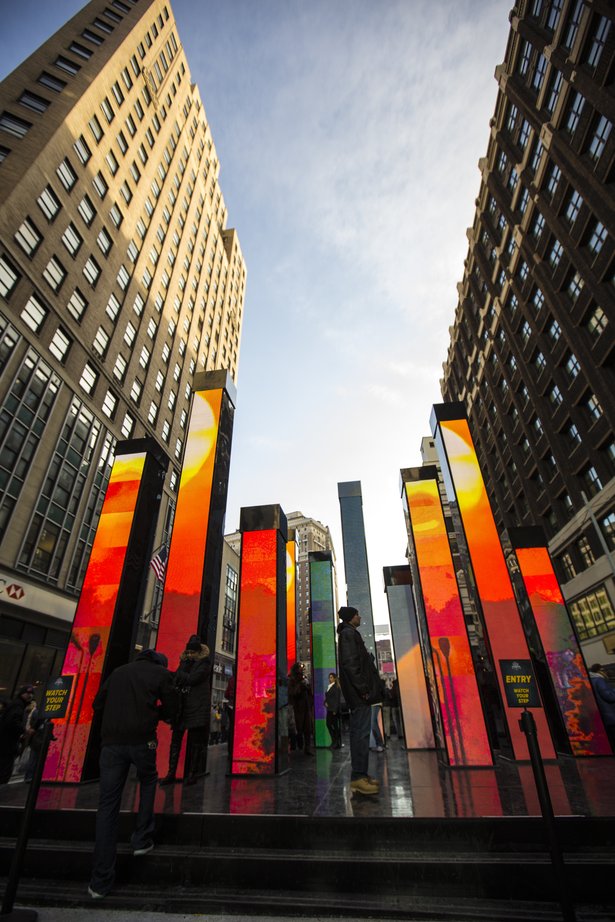 Recently, Adriano’s work has further expanded to crafting experiences for massive audiences at major events. He contributed to Super Bowl Boulevard, an audiovisual installation in midtown Manhattan around the 2014 Super Bowl. There’s a special story of bass here: “Ableton Live's Operator was used to design custom tracks for the subbass “buttshakers,” he says, referring to a special type of speaker usually built into IMAX theater seats. “We used 20 of those speakers and installed them underneath the platform making the experience completely immersive and tangible.”

Also in 2014, Adriano has shaken up the traditional fashion show format in working with models who interact wirelessly to make music with Live via Max for Live, during a show for the ØDD brand. The result was a show where the soundtrack came directly from the models themselves: “The models were able to wave their arm while walking, and express during the catwalk in a more complex way than usual, interpreting their garments and giving them a voice, able to resonate in the air, and  become the soundtrack of the overall show. They were also able to perform, and introduce some of their personal visions and sensitivities to the runway context.”

Working as a Dubspot instructor keeps Adriano inspired, as he describes the school as, “completely cutting edge.” “Everything that is happening right now, out there, is actually happening inside the school too, because somebody is bringing them in. Plus, the fact that you’re working with this amazing community of artists, musicians, performers and thinkers - it’s really inspiring.” Adriano will often share his projects with his students. “I always bring in my experiments to Dubspot,” he says, “because I think students also want to get in touch with something that is happening right now. Interacting with a teacher who is not just a teacher but also a musician is a really powerful experience. I wish I had that myself when I was younger!”

With teaching, as with performances and installations, Adriano is intensely focused on incorporating all parties into an interactive experience. “I always put myself in [the students’] position of asking, ‘what do I want to learn today?’” says Adriano of his approach to teaching. “I think this is the key to deliver a fresh and constantly cutting-edge type of education.”