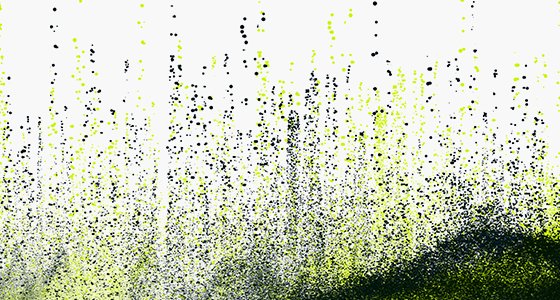 As a musician, Uwe Zahn made quite a name for himself under the moniker Arovane – his Tides album from 2000 is considered something of an IDM classic. After a lengthy hiatus, Zahn resurfaced recently with the release of – rather intriguingly – a sound library. That his artistic sensibility remains a big part of his work as a sound designer is made perfectly clear with his latest creation, Spectral Textures.

Spectral Textures combines two very different sonic worlds to create sounds that are quite unlike anything else. Spectral samples created through digital synthesis comprise one part, the other is a collection of field recordings sourced from an abandoned garden center in eastern Germany where Zahn played and recorded the metal, wood and glass objects he found. These provide the vibrant, real-world timbres for many of Spectral Textures’ presets. As you would expect, Spectral Textures is well-suited for soundtrack and scoring work. But of course, it can, and should, be an inspirational starting point for your own compositions.