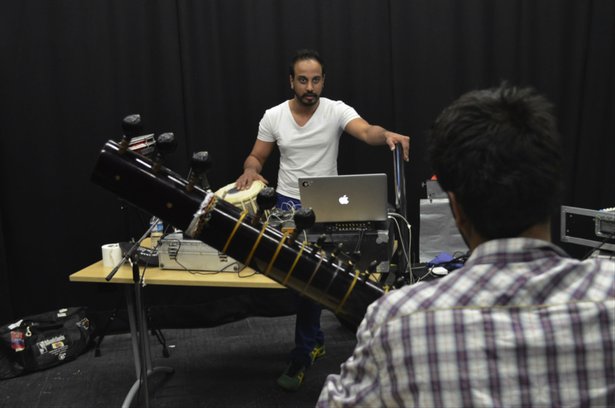 The origins of traditional Indian music stretch back thousands of years into the foggy recesses of history. In this tradition, learning an instrument such as tabla or sitar was a lifetime's work absorbing a body of knowledge that had been passed down orally from one generation to the next. In contrast, modern music production software has been around for only a few decades. Bringing these two worlds together can lead to some pretty interesting stylistic hybrids, as can be seen and heard in the work of Mayur Narvekar.

After studying tabla for twenty years, Mayur is pushing the possibilities of traditional Indian music with 21st century technology. His work as part of Bandish Projekt sets up a dialogue between past and present, and shows how the rhythmic complexities of tabla drumming can prove to be a perfect foil for modern electronica. We had a chat to Mayur about how these disparate sonic worlds come into contact.

If I understand correctly, learning a traditional Indian instrument such as tabla is a very rigorous process. Can you talk us through the steps you go through to master such an instrument? I recall reading that a tabla student must be able to “play” all the rhythms with their mouth before learning them on the drums themselves.

This process is called Padhan. We recite the rhythms out loud before we start playing them on the drums. Storing these patterns in your mind makes things easier when you approach the tabla itself. It’s a very slow and gradual process. One needs to be patient and practice the art form for a longer period then you may think. If you play a tabla bol (a rhythmic syllable or phrase in tabla playing) one hundred times, you will understand it well; if you play it a thousand times, it’s ingrained in your muscle memory, then you can innovate and mould what you’ve learned into your own compositions. There are no limits to perfection. 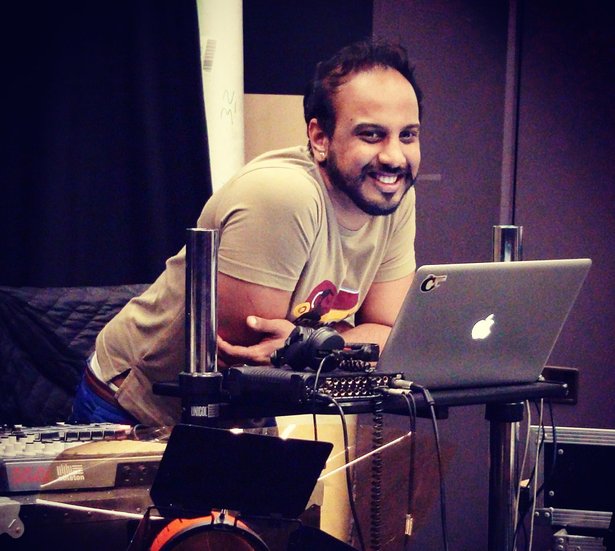 How do you manipulate aspects of traditional music in your productions?

To give an example, here’s a video of how I incorporate my tabla rhythm patterns into a grime beat.

I start with what sounds good to me. It can be a beat, a sound, or a noise - whatever excites me. Learning a classical instrument like tabla is a very logical process which helps me to grow in other areas. I don’t think in terms of specific techniques because I throw myself into many different situations calling for many different approaches. Modern software gives you a lot of options. It’s all too easy to invest a lot of time and energy into things which aren’t in tune with your original idea. Then you end up having a sound which you’re not happy with. So sticking to what you want is very important, but that doesn't mean you shouldn’t experiment.

Indian music history stretches incredibly far into the past, yet electronic production is relatively new. Do you feel that it’s difficult to get both approaches to sit naturally together? Or are you happy to treat the traditional elements as basic raw materials to take into new territory?

Well, it depends on what the track needs. Powerful sonics and a natural aesthetic are equally important goals. Take the track from my first album Correkt called “Sargam Breaks”. Listen to the traditional vocal that enters at the one minute mark; later on that same vocal reappears completely chopped up. I artificially sequenced it into a new melodic line, but in a way that fits the rhythm of the electronic groove.