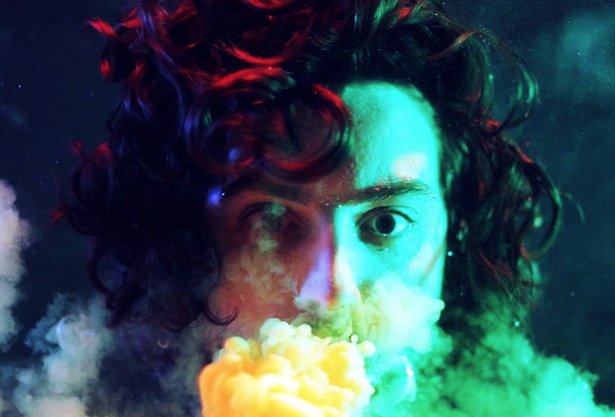 For some, reinventing the likes of Bach and Haydn with computer software amounts to cultural heresy. For German composer and sound designer Fabian Russ, it’s his ticket to working with some of the most respected soloists in modern classical music. Russ deconstructs and reassembles canonical classics using Simpler and composes vividly spatial works specifically for multi-channel sound systems. We asked Russ about the delicate art of balancing classical and electronic sounds and writing music for circular sound systems.

You often use the sounds of traditional Western classical instruments and compositions as raw materials for further manipulation. What is it about these particular sound sources that fires your imagination? Why do you focus on them in particular and what new perspectives do you wish to open on this canonical palette?

I don’t really focus on them, to be honest, it’s just what has surrounded me since I was a child. I always dreamt of working with an orchestra, so I got one of those orchestral sample libraries. Every budding composer had a sample library, because everyone wants to compose for an orchestra but can only afford a laptop – so the opportunity to blend electronic and classical elements were already there early on, but I didn’t know how to combine them in a natural way.

Back then, there was nobody to play my compositions. Even if there had been, I don’t know what I would’ve composed. I just wanted to make music with the uninhibited attitude I had when I was younger. I started working with Simpler in Live in order to get around having no instrumentalists or money to hire them. I resampled older music I had composed to gain new materials, textures and melodies. Then I would experiment with different sized rooms and panning positions.

In order to have more sonic material to manipulate in Simpler, I started making recordings with friends. It started to be a characteristic of mine to work with samples and to combine them with musicians such as the famous baroque violinist Midori Seiler, countertenor Andreas Scholl, the oboist Albrecht Mayer and the STÜBA Philharmonic Orchestra.

Most artists work with multi-channel systems as a one-off project but you seem to work with them more often than most. What are some of the challenges and possibilities working with multiple outputs? And what are you hoping to achieve using these spatial sound systems?

When my colleagues and I at the Radialsystem started to work together in 2012, we knew we wanted to combine electronic music with dance and the baroque violin of Midori Seiler. Folkert Uhde, one of the founders of the Radialsystem, told me about this idea and I said that I would find a way to combine the classical and electronic elements. So I went home to my studio, opened Simpler in Live and put Midori Seiler’s recordings of Bach’s Partitas for solo violin into Simpler and started experimenting. Uhde’s first idea was to use a quadraphonic sound system, so there’s a speaker in every corner of the stage. The audience would also be placed on the stage together with the dancers, the violinist and myself.

I was simulating a quadraphonic system in my home studio when I had the idea of circling sounds around my head. I started to contact various universities all over Germany who were working with sound spatialization. A young programmer from Leipzig, Egor Poliakov, told me about a type of software for controlling multi-channel, spatial sound that had been developed at IRCAM. We bought the software and he adapted it for our play Inside Partita. We had the audience sitting inside a circle of loudspeakers - the compositions whirl around them, combined with the sound of the violin. My manipulations of Bach were composed especially for this circular system and they only work in this sort of environment. We used a special mono multi-channel mastering for all files, so it can only be used in the circle.

So this became my "normal" working environment. One could say that I started thinking in circles. We always try to keep the technical part as simple as we can.

What are some of the obstacles of collaborating with a classically trained instrumentalist when youʼre working with a laptop? How do you get the computer to behave in an intuitive ʻmusicalʼ way, like a traditional acoustic instrument?

One of the fundamental problems of working with a computer is that I’m not physically generating the sounds myself like a live instrumentalist. It’s the computer who produces the sounds - I’m only controlling them.

Working with an orchestra can be pretty daunting. A symphonic orchestra is a very large organism consisting of many human beings, and it takes them time to react to the conductor. I could send a metronome click to the conductor in his headphones, but then the orchestra becomes part of the machine rather than moving organically. Like our moods, an orchestra is constantly changing, so a lot of work goes into finding an interesting and thoughtful way of working together. It’s the same sort of problem with a soloist – their delivery changes for every performance. This can be a problem when you’ve created very delicate sound structures, like those I composed for Midori Seiler and Andreas Scholl. Basically, the only option is to have the musicians play along with my produced composition. I haven’t found another solution yet to get the exact sound I want during live performances.