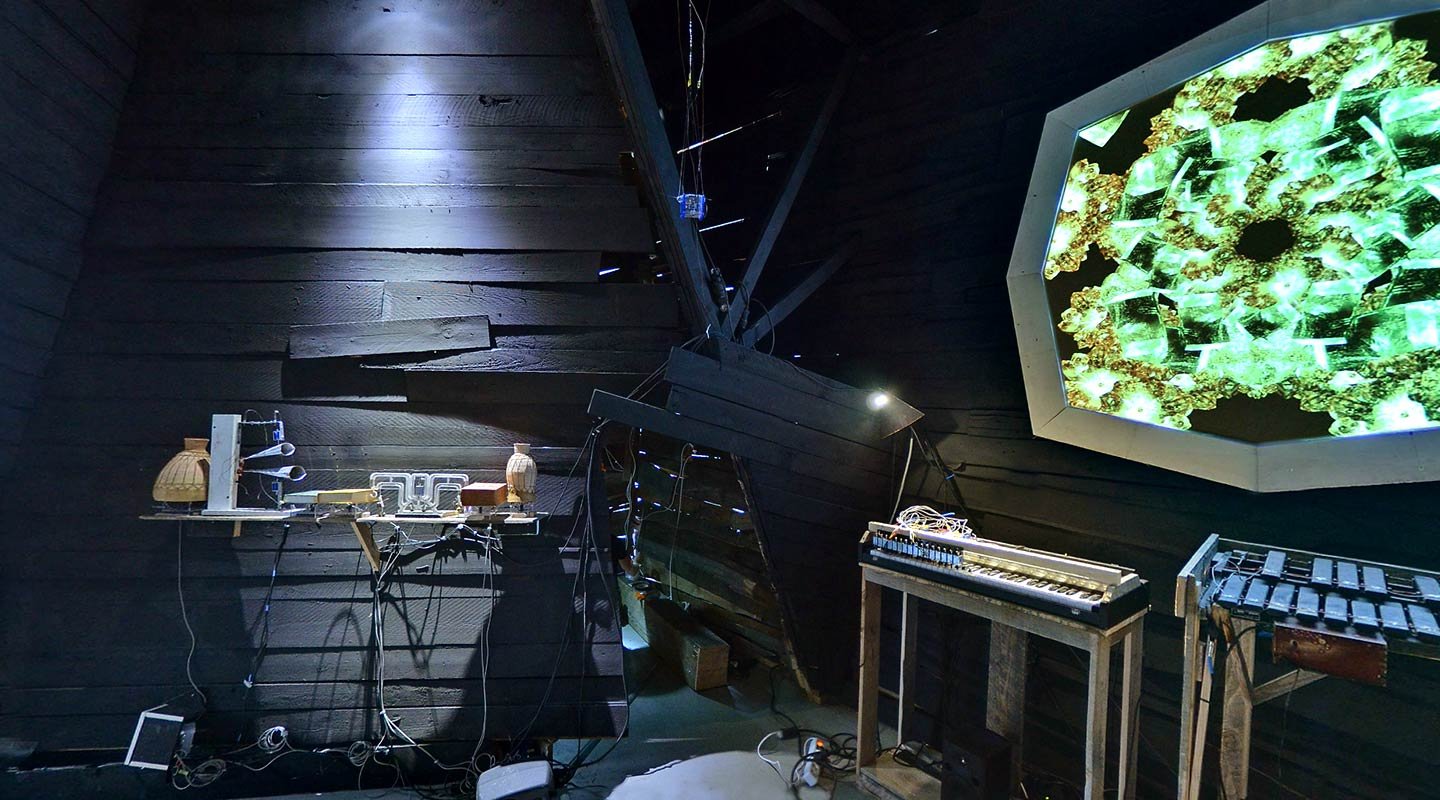 One hundred years ago, Luigi Russolo formulated the Art of Noises; a manifesto that argued that the sonic palette of the industrialized, mechanized world requires a fresh approach to musical instrumentation and composition. In it he postulated that electronics and other technology will allow futurist musicians to "substitute for the limited variety of timbres that the orchestra possesses today, the infinite variety of timbres in noises, using the appropriate mechanisms for their reproduction”.

Sound familiar? In a very real sense, we are living out Russolo’s prophecy today, with an “infinite variety of timbres in noises” now available to any musician with a computer. Our modern palette of sounds extends far beyond what was available to musicians of previous eras. And in an ironic twist, ‘noise-like’ or synthetically generated sounds have become so commonplace in music today that they have largely lost their ability to astound. In other words, what would have shocked even Luigi Russolo in 1913, is now a standard part of the sonic vocabulary that we, as listeners, are entirely accustomed to.

Enter Nick Yulman, a Brooklyn-based artist whose work investigates the musical potential of everyday objects and mechanically manipulated instruments. Far from dry, academic exercises, his installations make great use of pop song structure to entice participants into directly interacting with all manner of sound-producing apparatus. Participants essentially become part of the composition as they bring the clangorous materials in Yulman’s pieces to musical life through a series of physical actions that are neither active ‘playing-an-instrument’ nor passive listening. Immersed and engaged in this way, our perception of objects and the sounds they produce are re-calibrated and the “infinite variety of timbres in noises”, (along with the “appropriate mechanisms for their reproduction”), can be heard and experienced afresh.

We picked videos of three of Nick Yulman’s recent works to share with you and asked him to give a brief technical rundown of each:

Song Cabinet is a 2010 interactive piece that lets participants explore the physical and musical contents of a set of drawers. The objects in each drawer are associated with particular places as indicated on the drawers’ labels. Participants trigger different musical patterns by opening and pulling out the drawers – the sounds themselves are produced by the objects being tapped, shaken and hit directly. The static objects thus enter into a rhythmic dialog with each other and create an intermingling of their associations and memories.

Nick explains the setup of Song Cabinet: I'm using light sensors and an Arduino to detect the position of each drawer and send a MIDI message to trigger a corresponding musical pattern in Live. I'm mapping the messages to the speaker on/off controls so that everything keeps running in sync whether it's activated or not. The MIDI output from Live is controlling the mechanical instruments in the drawers through another microcontroller.  Each drawer has two different patterns and an off mode, depending on how far out it is pulled.

Animal Magnetizer is a recent installation that uses spatial sensing and automated acoustic instruments to allow viewers to collaboratively control the mix and progression of a composition through the presence of their hands and bodies.

Nick explains: Similar to Song Cabinet, this piece uses Live's speaker on/off commands to control which of the mechanical instruments are playing in an ongoing loop. When participants hover their hands over each instrument, it becomes activated, playing in time with all others. This piece requires multiple participants for all parts to be activated. Most of the instruments are modules from a system I've been developing called Bricolo that allows you to turn just about any object into a MIDI-controllable mechanical instrument. Sensing is done using a Kinect camera and software I wrote in Processing that lets you draw in 3D sensing areas above each instrument and send a different MIDI CC message to Live when presence is detected. Live makes it easy to calibrate and map the sensing software to my instruments and change the musical content on the fly.

Nick’s latest work is also his most immersive and ambitious to date: Concert Hall is a walk-in musical environment in which an array of mechanical instruments perform an hour-long cycle of songs and ambient textures. All of this takes place inside a fantastical purpose-built structure that also houses interactive light and video works. It also features work by Ranjit Bhatnagar, Frédéric Durieu, Julien Gasc, Rabid Hands, Sunita Prasad and maya.rouvelle and was curated by Jean Barberis and Georgia Muenster.

The music combines MIDI-controlled mechanical instruments with recorded voices, played back through a multi-channel speaker system integrated into the walls of the structure. The instruments used in Concert Hall include traditional instruments that we've modified to play automatically (Drums, Xylophones, Electric Piano, Accordion, etc.), modules from my Bricolo system that play a variety of found objects (including the Thing Synth that plays melodies and bass lines on books) and small percussive actuators that hang from the ceiling and line the wall to create dynamic spatial effects. I used the arrangement features of Live to sequence the 16 different musical pieces that the piece performs and make transitions between them by varying tempo, automating the mix and effects.

The response to this piece has been huge so far -- over 14,000 people saw it on the opening night alone.

Concert Hall will be installed at the Palais de Tokyo in Paris until September 9th. If you can’t get to Paris by then, take a virtual tour of Concert Hall, created by Frédéric Durieu.

There’s much to discover at Nick Yulman’s website, including more about the aforementioned Bricolo, a mechanical music system for digital music makers to incorporate robotics into their performance and recording setups.